Written by Erin Tatum
0
To many, sadness and happiness may feel like polarized opposites, but not to Circa Waves. The UK indie rock band never shies away from speaking their minds – and that expression can be a much needed antidote to the constant influx of terrible news and carefully constructed social media feeds that can make us feel anxious, excluded, and alone. At the same time, they would argue, you need to experience sadness to be able to fully appreciate happiness. The full double album will be released on March 13th.

Cliché: How did you meet?

Circa Waves: We all met at playing football in Liverpool. The chemistry on the pitch was so good that we thought, fuck it, let’s start a band together and the rest is history.

What is it about indie rock that appeals to you as a genre?

It’s full of energy. We all love bands that put on big sweaty raucous shows and doing what we do means that now we are one of those bands and our shows are always disgustingly sweaty.

What’s the meaning behind your band name?

It is literally meaningless. Or it’s a secret

We secretly recorded it in a month last summer between festivals, we had just put out our third record so I don’t think anybody saw it coming. We feel like it’s the record we’ve always been heading towards, we’ve honed in on what a Circa Waves record should sound like.

Why decide on a double album? Was it daunting creatively to be faced with producing that much material at once?

I’d like to say that we had a master plan but there wasn’t one from the start. It was while we were getting the songs together it became clear that we had an album that was divided. After that the idea to put them out separately came naturally, this way people get to experience the two sides as individuals before seeing how it all works together.

There’s obviously an inherent contradiction between sadness and happiness. How is that reflected on the album?

Well the concept of Sad/Happy came about when we were flicking through TV channels in a hotel one night and saw this never ending cycle of apocalyptic news interspersed with all of these inane tv shows and commercials. We’re living in a world where we’ve never been more informed about all the awful shit that goes on out there but at the same time we’re absolutely drowning in entertainment and it’s hard to reconcile those two things but somehow we all manage it. I think that sadness and happiness are contradictory but at the same time are inextricably linked. They’re two sides of the same coin and you can’t experience one without the other.

Many of the songs reflect the anxiety created by this technology-saturated era we live in. What do you think it is about technology that produces so much insecurity in all of us?

I would probably say we’re all capable of experiencing insecurity and vanity which is a dangerous combination. If you add to that a constant drip feed of other peoples curated hyper reality and it produces these toxic effects. Even though this is all obvious it’s impossible not to look!

What are your plans after the album release?

We’re going to be out touring it as much as possible! It’s the best bit about putting records out, we get to go everywhere and have these amazing gigs with everyone. 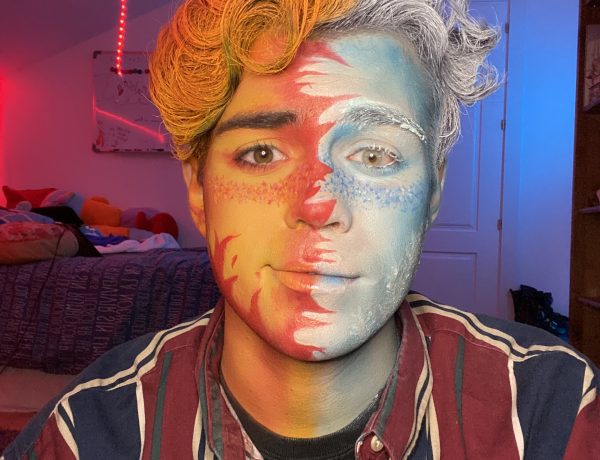 Looking After Yourself and Getting Healthy