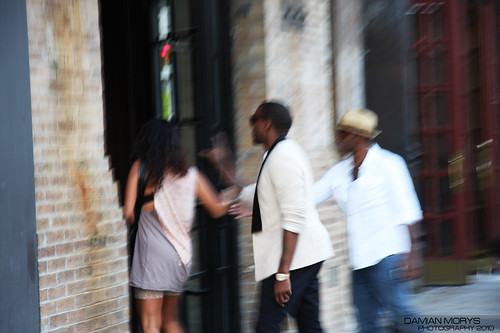 Recently, Kanye West got into a fight with a member of the paparazzi. The member involved was asking a question and Mr. West wouldn’t answer it. After Kanye was asked a few more times, Kanye wrestled the photographer to the ground. While Mr. West certainly isn’t the first or last entertainer to be involved in a scuffle with the paparazzi,it begs the question of what the “rules” should be in this case.

The first rule that seems to apply here is respect. Yes, you’re looking for a scoop or a picture. But when the musician asks you to leave (or back off) and you don’t, you are now violating his personal space. It should be noted that most musicians do not really seem to “mind” the paparazzi to the point where they feel their space is being violated.

The second rule is once you are told you are not welcome, back off. Continually encroaching on your target is sure to lead to confrontation. A little respect goes a long way. If you respect the musician, they will respect you and be more willing to give the photographer a snapshot.

Ronnie Watts is Here to Get You Through Heartbreak

Too Shy to Buy? Put Your Trust in The Experience Channel