The recent rise of the collective in hip-hop has been undeniable. BROCKHAMPTON (technically a boy band, we know,) A$AP Mob, Migos, and Odd Future are just a few of the big names from the past few years. Before that, we had the Wu-Tang Clan, Run-DMC, A Tribe Called Quest, N.W.A., Fugees, and Public Enemy. Even earlier were The Beastie Boys and Salt N Pepa. And this is only scratching the surface.*

The influence of the group in hip-hop can easily be tracked, and has been, but the pervasion of the collective is not the only reason that the genre is inherently collaborative. Nor is it the cause of hip-hop’s surge in popularity and supersession of rock as the most dominant genre of music in America, according to Nielsen’s 2017 year-end report. There’s a reason why the genre has been able to consistently innovate, come out on top, define what’s cool. And the answer lies much deeper, and much further back in history, than success on streaming platforms, like Nielsen’s findings suggest.

Last year, the UK-based art and design studio Dorothy released its ‘Hip-Hop Love Blueprint,’ a blue and metallic gold screen print that links together “over 700 MCs, DJs, producers, turntablists, musicians, graffiti artists, b-boys and b-girls who […] have been pivotal to the evolution of hip-hop, from pioneers such as DJ Kool Herc and Grandmaster Flash to present day chart success stories Kendrick Lamar and Drake, and global superstars Jay-Z and Kanye West.” While the website description stresses the importance of certain groundbreaking artists and events, in order to truly understand the genre, it’s important to begin by paying attention to the links.

Like in any other genre, hip-hop has its stars—the people whose music shaped the future, whose legacy remains so strong that one wrong word about them could lead to physical threats. Dorothy mentioned some, but it would be pointless to go through the whole list. What distinguishes hip-hop from other popular music genres is not the artists themselves, but the way they are constantly working together in order to create the most dynamic art. When was the last time you listened to a rap album without features? Chance’s blockbuster hit Coloring Book only included two songs without features, Drake’s most recent More Life featured British grunge rappers to explore unprecedented sounds for the Toronto-born artist, 2 Chainz’s Pretty Girls Like Trap Music hit hard by including some of the genre’s biggest names (Nicki Minaj, Drake, and Migos are just a few.) Besides a couple of stragglers (notably, J. Cole on his last two albums and Childish Gambino on Awaken, My Love!, among others,) the majority of hip-hop artists have essentially committed to this type of constant collaboration.

The way in which members of the hip-hop community engage with each other is analogous to scientists in a lab, or scholars in a field of research. This is the part where you have to bear with me for a second; all of these examples fall under the category of a shared activity. A shared activity, when loosely explained through Aristotle’s theories, comprises a shared and mutual commitment to a common goal, a mutual understanding of everyone’s individual role in accomplishing this goal, and a mutual agreement for everyone to perform his own individual role within the pursuit of this goal. If the common goal in question is the creation of a chart-topping album—like Flower Boy or No One Ever Really Dies, both of which heavily rely on features—then it’s difficult to argue against the fact that each participant checks off the items on this list.

One of the main benefits of a shared activity, especially when it comes to the creation of hip-hop, is the continuous engagement of its participants. If everyone is not only working on their own projects, but also engaging in the projects of others, then there is never a lack of interest or stimulation. Cue the features.

And, of course, the diss tracks. Although it may seem like the point of a good diss track is to stun the subject into silence, they usually—and unsurprisingly—have the opposite effect. Maybe therein lies the purpose. They incite a type of conversation in rap unlike that which exists in any other genre. No one ever truly gets the final word; more often than not, the challenge just sparks the creation of more music. This tradition of call-outs has existed since the early days of rap; the hip-hop rivalry phenomenon has given us hits from artists like The Notorious B.I.G. and 2Pac, Drake and Meek Mill, Nicki Minaj and Remy Ma. There were even theories that Kendrick was coming at Big Sean on DAMN. This isn’t to create a false equivalency between serious rivalries and occasional teasing, but there’s a reason why rappers seldom run out of things to say; each artist, at one point or another, becomes responsible for making sure that the conversation doesn’t end.

Another innovation that is unique to hip-hop is the rise of the producer as an artist in and of themself. Yes, bar the DIY scene, basically every artist in every genre needs a producer. But never before have producers held such distinctive roles in the creation of music that performance legends are seeking them out for their input and style. Like Jay-Z on his album 4:44, which arguably became more regarded for the producing feats of No I.D. than the rapping itself. Or everyone and Metro Boomin, who has left a mark as big as it gets on hip-hop; known for being a mainstream hit-machine, he’s collaborated with nearly every big name from Gucci Mane and 21 Savage to Drake and DJ Khaled. His tagline—“if young Metro don’t trust you, I’m gon’ shoot you,” created by Future in a collaboration with Uncle Murda—has infiltrated rap playlists indefinitely, and has kicked off its own cultural phenomenon. Or Mike WiLL Made-It, who was the beat-maker behind both Beyoncé’s “Formation” and Kendrick Lamar’s “HUMBLE.”

Even rappers who lean towards producing their own music, like hip-hop’s biggest workaholic Kanye West, rely on the idea of collaboration in order to create. One of the key features of Kanye’s music is his prolific use of samples—often of relatively unknown artists. Sampling, which is the technique of digitally encoding music or sound and reusing it as part of a composition or recording, is just one more way in which hip-hop artists take advantage of the community-like aspects of music in order to further art. By bringing in voices or sounds that otherwise wouldn’t have been heard by listeners of mainstream rap—like the contemporary classical composer Caroline Shaw, who West collaborated with on tracks “POWER” and “Say You Will”—hip-hop artists are opening up unprecedented avenues for their music.

At this point, you may be asking why this is important. There is an innumerable amount of answers, all dependent on your own experience with hip-hop, but there’s also a common thread that is woven through all of them. Historically, as a genre, hip-hop has not been given the respect it deserves. This isn’t a revolutionary statement in any sense; it’s just a recognition of the symptomatic way we view art that we do not deem to be fine. With rap taking the lead as America’s most popular form of music, it is about time that the contributions which hip-hop and its artists have made to music are acknowledged and celebrated. It is also time that we begin viewing them as more than transient blips in culture, bolstered by teenagers, social media, and streaming services. There have been dozens of articles likening Kanye West to Beethoven or Mozart, but it is important to note that he is not the only artist engaging in intellectual art-creation. He is just one of hundreds in a community of forward-thinkers and risk-takers. Hip-hop may not be a fine art, but that is because it is something much bigger; it is alive and it is growing, and it cannot be contained with four walls and a velvet rope.

*For a more complete timeline of hip-hop, check out ThoughtCo’s “History of Hip-Hop: 1925 to Now”

rIVerse Is Back Stronger Than Ever With New Album Poison IV 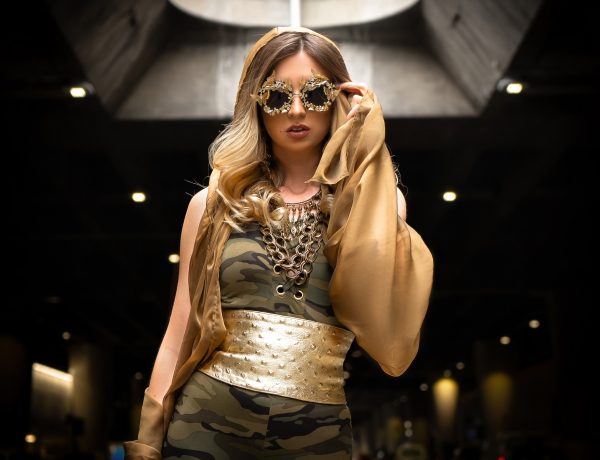 Give Your Skin Extra Love with DeoDoc