Entropy/Enthalpy: The Golden Years of DIY in Philly

Do-it-yourself (DIY) Garage rock may have started in New York City, but that’s surely not where it’s ending up. In recent years, the hiking prices of rent, the gentrification of artist hotspots, and the prevalence of labels have done all but physically push DIY artists out of the city. The question remains: where are they going?

There isn’t one definitive answer; there are, and have always been, pockets of artist-friendly spaces across the country. But perhaps one shines a bit brighter than all of the others. To insinuate that Philadelphia’s music scene is bursting at the seams because of a decline elsewhere (read: New York) would certainly be an oversimplification. But to say that this is not what’s happening would also, in a way, be false. Through no fault of their own, New York seems to be succumbing into the natural order of things. Order becomes disorder, and vice versa. There’s a basic chemistry happening between these two cities—it’s entropy and enthalpy. Both are necessary for DIY culture to continue.

As artist-run venues like The Silent Barn close their doors in Brooklyn, Philly staples—like First Unitarian Church and PhilaMOCA, among others—are holding their ground. Not only that, but there aren’t enough grouchy neighbors or finicky landlords in the world that could take down the city’s vibrant house show culture.

Matty Klauser—owner of house venue the Tralfamadore, booking manager at Connie’s Ric Rac, co-founder of Paper Scissors Media, and general jack-of-all-DIY-trades—attributes this to a few factors: affordability, access to spaces, police activity, straight-up exhaustion. “I think New York has become too demanding while giving too little to the artists. I don’t think there’s any time to build a community,” they said. “I think that people are so exhausted that the community is hard to build. And then, when you do build a cool DIY space, what’s it gonna last? A year, tops?”

“It was a beautiful time. There was just like this air of circus and fun and who gives a shit.”

Klauser grew up in Brooklyn not too long ago (“I’m thirty-one. I’m not young, I’m not that old,”) and remembers a much different environment. One where “there were weird DIY venues…there were underground places, there were places you could be seventeen and drink.” There was a certain unpredictability—a disorder. “There were weird things to still be found.” Like a Balkan dance club where they “didn’t check IDs and…sixty-two year old Russian women [walked] around serving vodka.” New York didn’t always play the role of the big, bad wolf of the emerging-arts world. For a while, “it was very wonderful. It was a beautiful time. There was just like this air of circus and fun and who gives a shit.”

Now, things have changed—and rather unceremoniously at that. Klauser spoke extensively about licensing laws and the immense burden that inflated rent and gentrification have placed on New York’s once-thriving DIY scene. “What helped support the art scene was the crime, the lack of police presence, was the fact that it was expensive, but it wasn’t unlivable,” they explained, stopping themselves in the early steps of a good rant. “I think when New York started to bounce back really hard in its economics, and the money moved in, and the corporations moved in, and the rents went up, those little places that were doing this suddenly were under the eye of the policies and under the eye of the current licenses.”

Philadelphia, a city filled with spaces that scream venue-potential, appears a haven when compared to the symptoms of the DIY-apocalypse described by Klauser—lack of funds, heightened supervision, noise complaints, monopolization of space. A classical-opera-singer-turned-punk-performer, they moved to the city roughly seven years ago after beginning to feel a bit suffocated by the “buttoned-up,” dog-eat-dog world of classical music—where “your best friend might be singing a role that you’re their understudy, and if they get sick, you succeed, and shit like that.” They noted that, when deciding to move, “one of the things that really caught [their] attention were the arts communities in Philly” and the fact that the city “was very down-to-earth and bare bones.”

Matty Klauser performing at good how are you? fest / Photo courtesy of Eva Dorsey

Something important to know about Matty Klauser is that, as a teenager, they used to host a yearly “mini-music fest” for their friends from high school called “Klaus-fest,” using a mixer given to them by their parents at age fifteen. An organizer since birth, they quickly became involved in booking shows at Philly favorites like Kung Fu Necktie, The Fire, and Connie’s Ric Rac—where they are currently a booking manager. So, three years ago—once they moved out of an apartment and into a house—the Tralfamadore was born (using the very same mixer, which still works nearly fifteen years later.) Named after the home planet of Kurt Vonnegut’s fictional alien race, the venue is the logical conclusion to Klauser’s journey as an artist. It marries the order with the organic—carving out a unique space in DIY for hyper-organization, cleanliness, and consistency. And it’s run by someone who understands what it is like to be on both sides of the microphone.

It also serves as one of the primary locations of good how are you? fest, a three-year-old music festival started by the media company/artist collective/record label/unstoppable force Paper Scissors Media—co-founded by Klauser.  The name comes from an inside joke with Secret Nudist Friends bassist Andy Slepman, who “instead of saying ‘hello,’ he would just say ‘good, how are you?’” as a greeting. The phrase caught on with other friends and one night during a show, Klauser recalled how “Andy gets up on the microphone and is like ‘good, how are you?’ And the whole room, like a church, was like “good, how are you?’” The rest is, as you say, history.

A lot of necessary tweaking has happened between then and now (Klauser said “it still kind of blows [their] mind that [they] could make [shows] happen” in the basement of the Tralf,) and the event has grown larger with each installment. This year, it was a three-day long, three-venue affair with performances by over twenty artists—including two of Klauser’s own bands, Blushed and Secret Nudist Friends.

“I think it’s a really good place to be and…I think a lot of people come to visit and I hear a year later, they’re moving.”

One of the main reasons that Paper Scissors Media and good how are you? continue to thrive, according to Klauser, is the need for community. Paper Scissors Media is a reaction to the competitiveness and loneliness Klauser experienced both in New York, specifically, and in classical music in general. They called the collective “the opposite of competitive bullshit,” explaining very passionately that since the life of an artist (“and not just musicians—poets, and performers, and spoken word and performance art”) is typically neither high-paying nor easy, “we need to help each other out so we can survive and don’t go broke trying to find the resources that we need.”

This air of community engulfs Klauser—something that’s noticeable about them even over the phone—as they name-dropped just about everyone who they look up to: their parents, Dan Baggarly of Trash Boy, bandmate Missy Pidgeon, good how are you performer Kat Hamilton, King Pizza Records in Brooklyn, and a slew of others. Basically, if you’ve met Matty Klauser, then consider yourself thanked. And if you’re an artist in the city of Philadelphia, consider yourself lucky.

“I think it’s a really good place to be and…I think a lot of people come to visit and I hear a year later, they’re moving. But who knows? Maybe if that keeps happening it’ll change and it’ll just be New York and we’re all going to run to…another city that isn’t so overpriced and there’s space. Will we just keep doing it? Maybe.” It’s all about the fluctuation; if Philly becomes too regulated, then the DIY artists that have made it their home may have to say goodbye. But if there is no regulation—no Matty Klausers—then the scene runs the risk of falling back into seedy times as it did several years ago, when the abusive behavior of several DIY-leaders was put out into the open.

“Right now is a good moment. I’m not taking it for granted. I know it could change at any moment, but I have a lot of pride in this city and the people in it. I’m very proud to be making music here. I don’t know if I could say the same if I was still living in New York, you know?”

This article originally appeared in the June/July issue of Cliché Magazine. 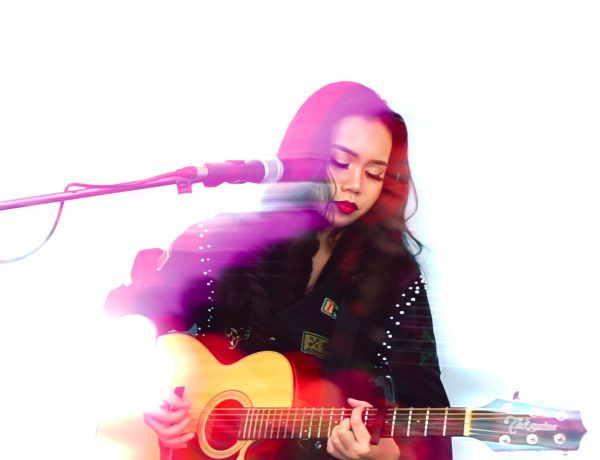 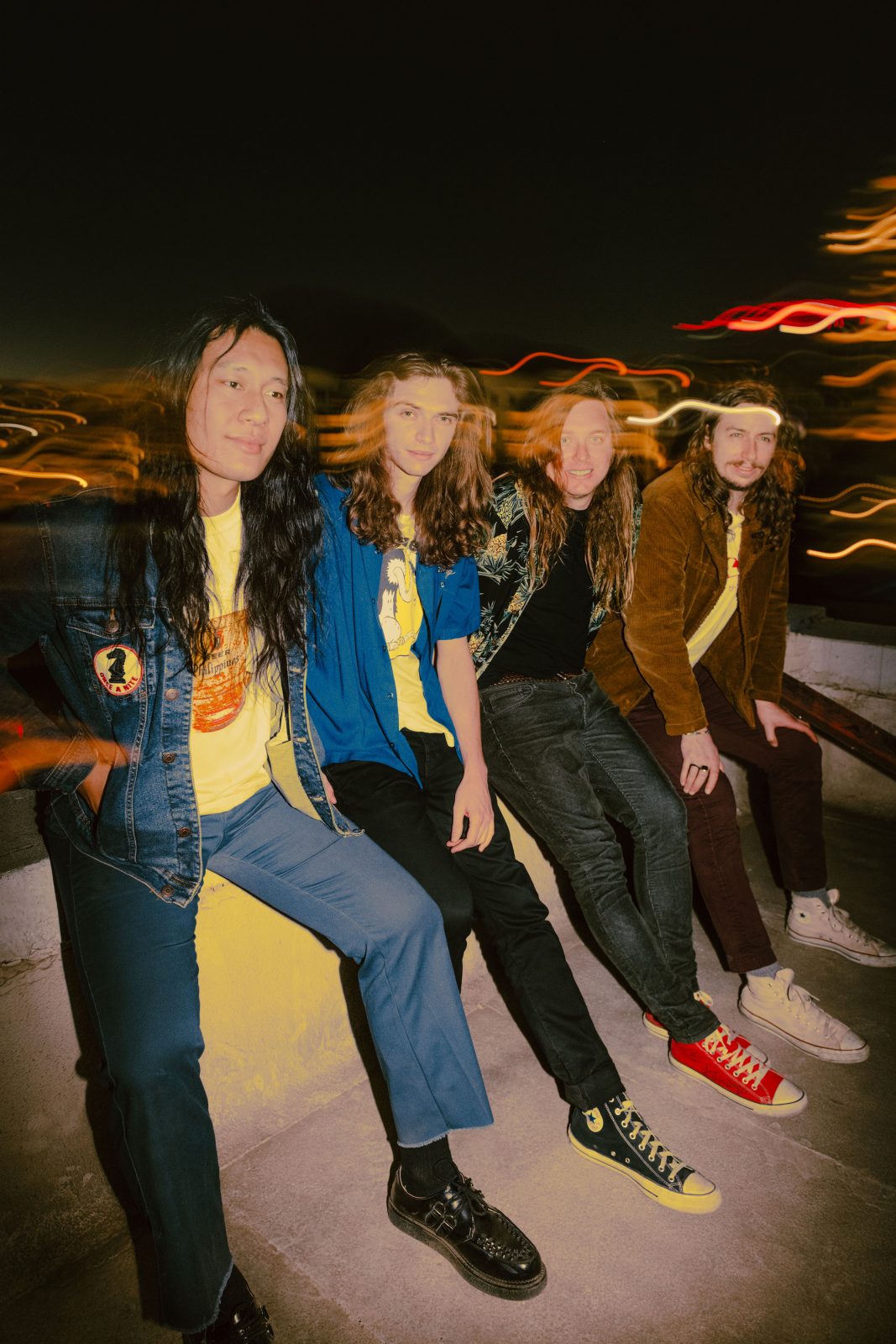