DVBBS, Galantis, and Cody Simpson Join Forces on Emotive Single “When The Lights Go Down.” Out Now on Ultra Records 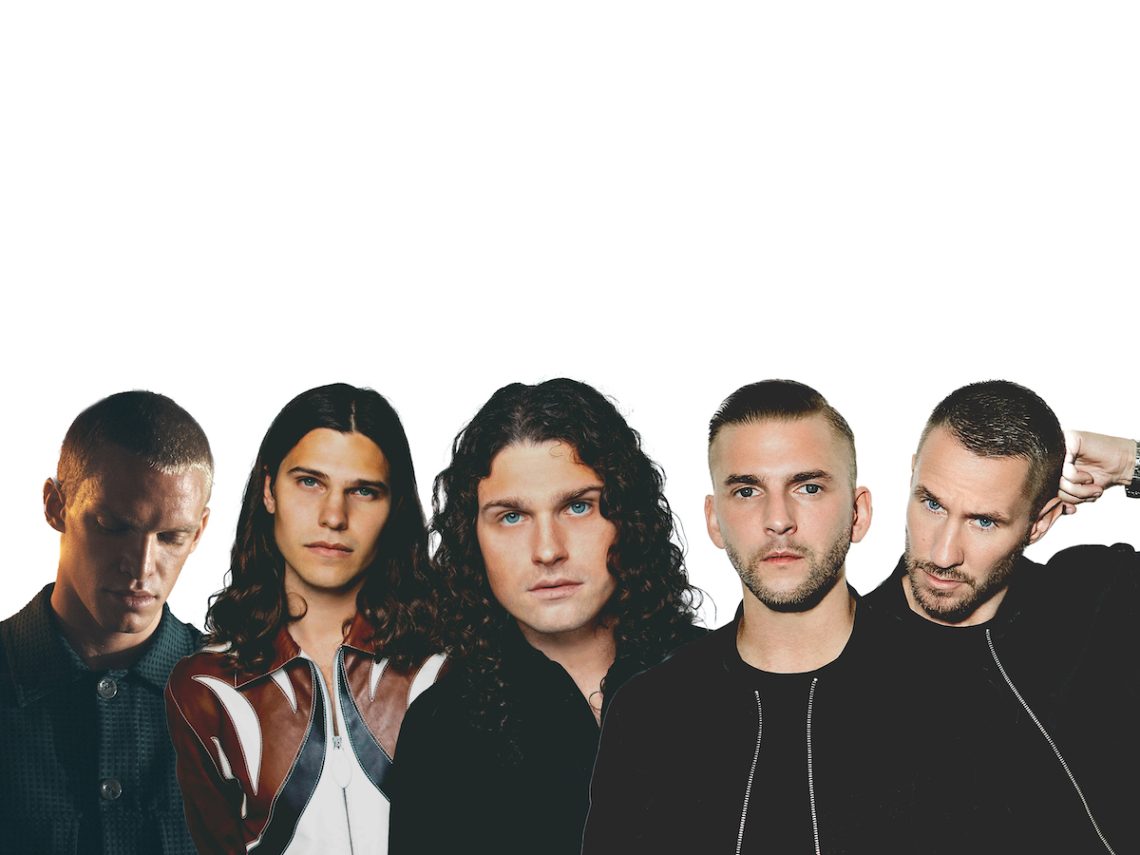 In a true blend of forces, DVBBS and Galantis team up for their new single “When The Lights Go Down,” enlisting famed Australian singer/songwriter and musician Cody Simpson. Opening with organic instrumentals, the track incorporates both artists’ signature sounds with Cody‘s soulful vocals and groovy, upbeat melodies for a fusion of pop and dance, which hits right in the feels. The collaboration between DVBBS and Simpson has actually been a long time coming as they already had a song together years ago and even performed it live at Ultra Music Festival, which unfortunately never came out. The story comes full circle to finish it together with Galantis, who turn into gold everything they touch. “When The Lights Go Down” follows DVBBS‘s 3rd studio album “SLEEP” as well as “Body Mind Sound” single with Benny Benassi, while Galantis ride the wave of “Sweet Talker” with Years & Years and “Alien” with Lucas & Steve and ILIRA. Cody Simpson is currently gearing up for his first album release in 7 years and its lead single “Nice to Meet You.”

“We’ve shared stages all around the world with legends Galantis over the last decade and couldn’t be happier to now share this record together. We’ve also watched Cody Simpson grow into the amazing artist he is. He performed a record with us years ago at Ultra Music Festival that never came out. So, we had to finish the story right, and that’s ‘When The Lights Go Down.’” – DVBBS

“When the DVBBS boys reached out about collabing on this track, I was stoked. To lend vocals and guitars on this was a pleasure. I’ve been a fan of both Galantis and DVBBS for a while now. Glad to be able to come together on a smash like this, and I hope everyone digs it as much as we do.” – Cody Simpson

DVBBS:
Only a few producers have risen to the top in the electronic music scene as quickly as DVBBS, who captured the industry’s attention with hits like “Tsunami” and “Not Going Home” and never let it go. The Canadian brothers Alex and Christopher have been continuously cultivating their sound since their debut in 2012 and have racked up an impressive display of collaborations with renowned names from diverse musical backgrounds, such as blackbear, 24kGoldn, Jasmine Thompson, Belly, NERVO, Juicy J, and more. DVBBS continue to prove there’s nothing they can’t accomplish. Their hits such as “La La Land,” “Gold Skies,” and the breakthrough “Angel” are staples in every dance music fan’s library. Prior to the global pandemic, DVBBS performed a staggering 250 dates per year at some of the world’s hottest music festivals and top-tier clubs, including Tomorrowland, EDC Las Vegas, Ultra Music Festival, Hakkasan Las Vegas or Ibiza‘s Amnesia, and Ushuaia. Throughout their career, DVBBS has proved they are relentlessly dedicated to expanding their global footprint and bringing cutting-edge new music to their listeners.

Galantis:
Setting a new standard for songwriting in dance music, Galantis is a collaborative project led by Christian Karlsson (aka Bloodshy, one-third of Miike Snow). Galantis‘ debut album “Pharmacy” reached #1 on the Billboard Dance album chart on the strength of RIAA gold-certified single “Peanut Butter Jelly” and platinum-certified smash “Runaway (U & I)” – the latter of which earned GRAMMY nominations for “Best Dance Recording” and Best Remixed Recording – while the 2017 sophomore album “The Aviary” (featuring the platinum-certified single “No Money“) saw a top 10 debut in 23 countries. The third Galantis album “Church” features the chart-topping single “Faith” with country music icon Dolly Parton featuring Dutch singer-songwriter Mr. Probz, which saw a #1 debut on Billboard‘s Dance/Electronic Chart before quickly reaching #1 on the Dance/Mix Show Airplay Chart where it remained for 5 weeks. Galantis has received over 4 billion cumulative worldwide streams and over 1 billion video views to date. More recently, Galantis teamed up with Little Mix and David Guetta on the 2021 summer smash “Heartbreak Anthem,” which debuted at #1 on the Worldwide iTunes charts and secured the #1 spot at UK airplay and Shazam charts.

Cody Simpson:
The early 2010s were defined by a fast-growing social media presence and swiftly changing broadcasting landscape. Cody Simpson shot to fame during this time, uploading home videos of musical covers to YouTube. His heart-led performances would catch the attention of record executives in California as well as viewers all around the world. The undeniably gifted youngster would go from curating bedroom clips of his favorite artists to signing a record deal and touring the United States within a year. An eagerly anticipated first collection of music was released to the public with the working title “Coast to Coast” EP and peaked at an upright 12th on the US Billboard Chart. Released in 2015, “Free” marked Simpson’s first independent record production and his last full-length album to date. Shortly after its release, Simpson formed Cody Simpson and the Tide and went on to produce a further two EPs titled “Wave two” and “B-sides.” These pieces of work marked a changing sound and a noticeable maturation concerning his music’s demeanor and sonic appeal. Growing as a man of depth, he would also later garner an aptitude for the stage, earning him the leading male role in the hit Broadway musical Anastasia during the latter part of 2018 and early 2019. Cody‘s return to musical spotlight in 2022 is full of high-profile collaborations, and sonic rejuvenation.

BLVNCO and DØBER Team Up For Jackin' House Track "Do It" On Protocol Recordings, Showcasing Nicky Romero's Label's Sonic Diversity