Why Wait For New Years? Start These Popular Resolutions Now!

Start these popular resolutions now!  Easier said than done right?  So strange when you think about it but why do people wait until New Years to start a popular resolution? It doesn’t really make sense. If it’s going to benefit you, why not start now. In the main it’s because a new year signals a new start. A fresh start where you enact your resolutions. It’s tough because Christmas involves a lot of excess, yet there are still ways you can start on your promises. Here are some popular resolutions and tips to get them started. Everyone is different, some will want to dive straight in, others like a slow run up. It doesn’t matter. Don’t look at other people and judge yourself harshly. As long as you’re making movements to better yourself then you’re on the right track. Take help where you need it or when it’s offered, but don’t feel pressured into starting something you’re not comfortable with.

For the last few decades, one of the most popular New Year’s resolutions has been to stop smoking. To some, it comes easy. They go cold turkey and that’s that. For others, it’s a slog. Luckily there are dozens of ways to quit. Stopping now instead of at New Years is always going to be beneficial because of how bad smoking is for you. A lot of people drop down onto vaping, but there seems to be a significant lack in vaping-related injury awareness. If vaping stops you smoking, great, but then you’ve got to stop vaping. It’s not a long term answer. Try to wean yourself off using nicotine pills or a patch. You might have to try a few options before you find what works for you. You can at least try a day or so without smoking so you know what you have in store when you jump into it for your New Year’s Resolution.

Another one of the most popular resolutions is to join a gym. But a lot of people make the mistake of thinking that joining a gym is the resolution. No. Getting fit is the resolution. It’s something you can start doing now, and for much less cost. Start taking longer walks. Maybe even go for a run from time to time. Get involved with team sports or find a hobby that requires you to use a bit of exercise. If you are going to go hard in the gym in the New Year, it’s best to build up a bit of fitness now. Especially if you’re going to put on a few pounds over Christmas. It’s easier than you think too and doesn’t take too much of your time. If you’re really worried, then think about a personal trainer or taking some expert advice online.

Get A New Job

Making a vow to get a new job is popular after Christmas. Whether it’s because you’re being passed over for promotion, or just need something new to get stuck into. It might just be moving from one company to another in your current sphere. It could be something much more life changing, such as a complete change of career. It’s daunting to step into something new. However, it’s better to get a head start. A lot of people do this sort of thing. You’ll be ahead of the curve if you start applying for jobs before New Year’s Eve. You can at least tidy up your CV and began some of the application forms. Plus, you might find a job online now where the deadline is before the New Year, or even just after, meaning you might miss out on it entirely.

Some like to get stuck into study. You might want to start a new course to better yourself, or you might already be on a course and know that you need to pick the study up. The Christmas period can be a great time to get some study in. you might have some time off work, or at least a chunk of downtime. Use it to study some future course material, or to make up for lost time on study lost up until now. There are lots of methods for study, it’s important you find the right one to suit you and what better time to do so than when you have time off. You’ll be able to ease yourself into it come New Year too, instead of completely submerging yourself and feeling overwhelmed. This way, at least you can get comfortable with the source material beforehand. Again, people study and take on information at different rates. It’s just about being honest with yourself.

A Chronic Part of Life: Living With Physical Pain 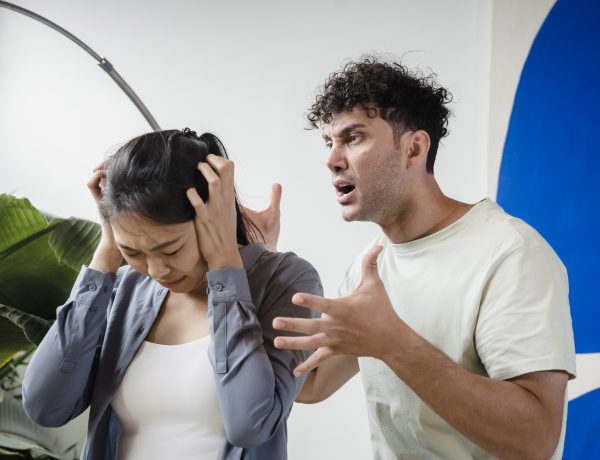 How to Manage Anger Issues in a Relationship

How to Find the Right Car for Your Life