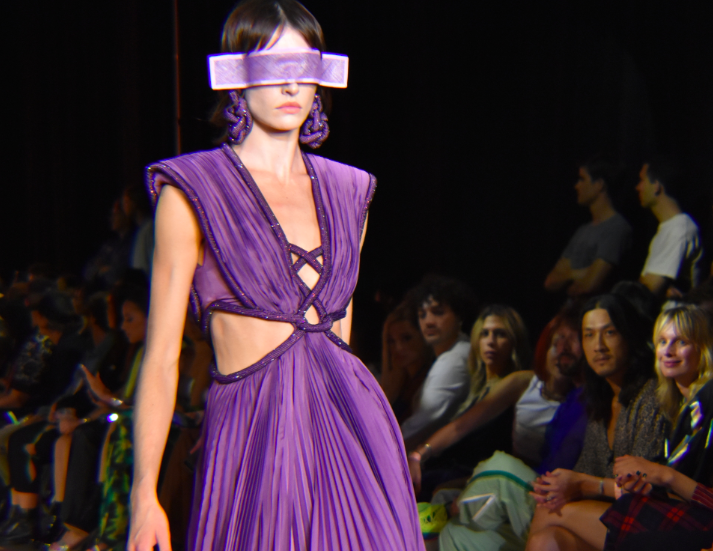 On a Friday night in September, Bushwick streets are riddled with sequins, feathers, and neon. Raisa Vanessa is unveiling their Spring 23 collection, sandwiched between an outdoor cocktail party and an afterparty. Guests were instructed to arrive two hours before the show started, enough time to be fashionably late, drink, and juul under the chic purple lighting. The crowd was fun, young (not too young), and colorful. I spied a few pairs of Jeffery Campbells.  One woman, in particular, paired her fishnet stockings with a mini skirt and Doc Martens.

“This is my Euphoria messy outfit,” she tells her girlfriend, leaning over the bar.

Many of the guests spoke with European accents, kissing both cheeks and applying lip gloss in the Ikea-esque restroom.

“It’s a lot of Turkish accents, ” I hear someone say behind me as we are called in to take our seats. Raisa Vanessa was created by twin sisters (Raisa and Vanessa Sason) in Istanbul, Turkey, in 2011. Since then, Raisa Vanessa has held shows at Mercedes-Benz Istanbul Fashion Week, been featured in multiple magazine editorials, and built a loyal customer and media following in Turkey. In 2019, Taylor Swift and Gabrielle Union were both reported to be wearing Raisa Vanessa Gowns on the red carpet. Raisa Vanessa emphasizes “Designing versatile pieces with signature details such as strong shoulders and embellishments.”

According to the sisters themselves, “collections showcase the sister’s sartorial taste through mixing and matching fabrics and styles to create a fusion of maximalist, dimensional yet sexy designs, met with artisanal tailoring to enhance women’s self-confidence and power.”

The show opened with a short film, cinematography reminiscent of Sayombhu Mukdeeprom’s work in Call Me By Your Name. It was beautiful visually, melodramatic, and bold– fit for the designs to follow. 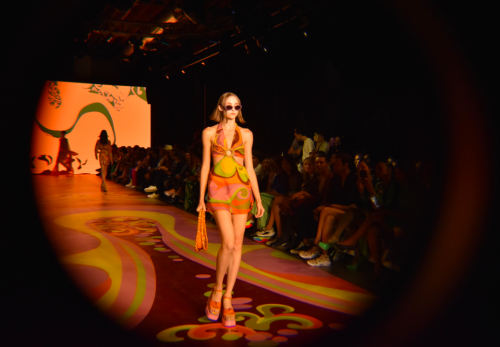 The duo studied costume design in London, and it certainly shows. Raisa Vanessa Spring Summer ‘23 is, in one word, theatrical. Models had their hair sleek and flat as they made their way down the runway in golden sandals and lightweight fabrics effortlessly draped in elegant swoops like Roman goddesses. A fusion of classical and breezy silhouette with funkadelic 70s patterns and platform pumps. Accessories included ultramodern top hats, sunglasses, chains, and futuristic eyewear meets headbands, concealing some of the models’ eyes behind fabric. 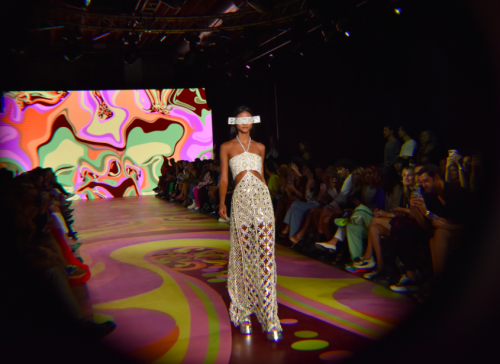 There were fuchsias, blood oranges, and royal blues, but perhaps the crown jewel of the night was the grand finale: two white-hot shift dresses and a cutout maxi gown with metallic and reflective detailing, chunky accessories, and a white half moon head covering and bands, covering the models’ eyes and above all, adding to the chic allure. 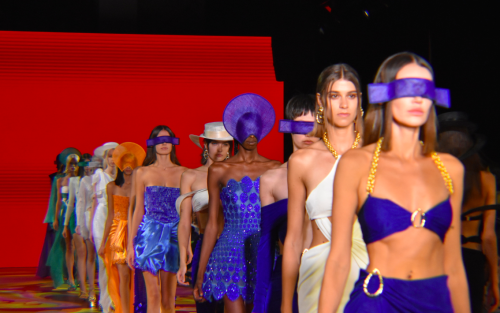 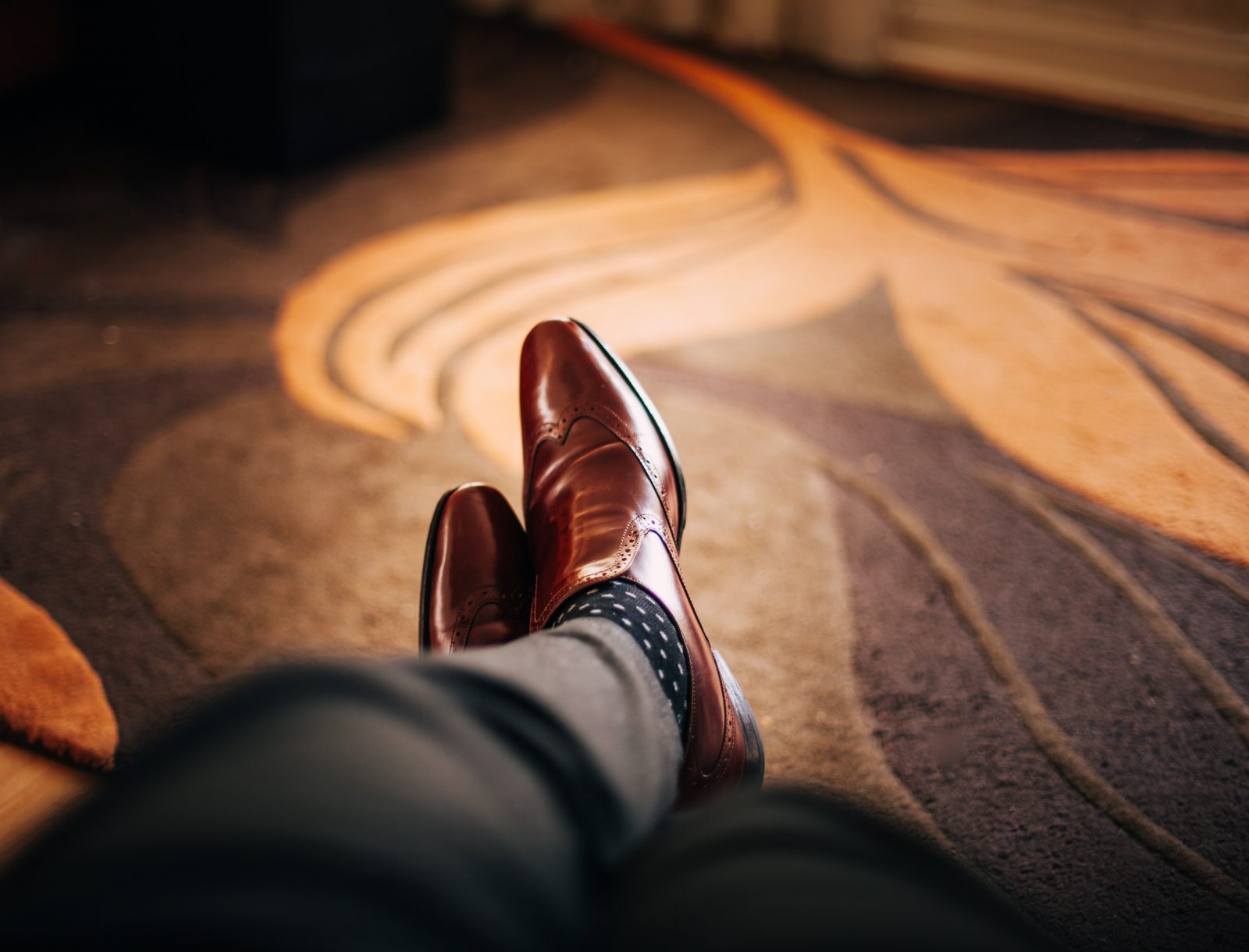 7 Foolproof Shoe and Sock Combos That Every Man Should Know