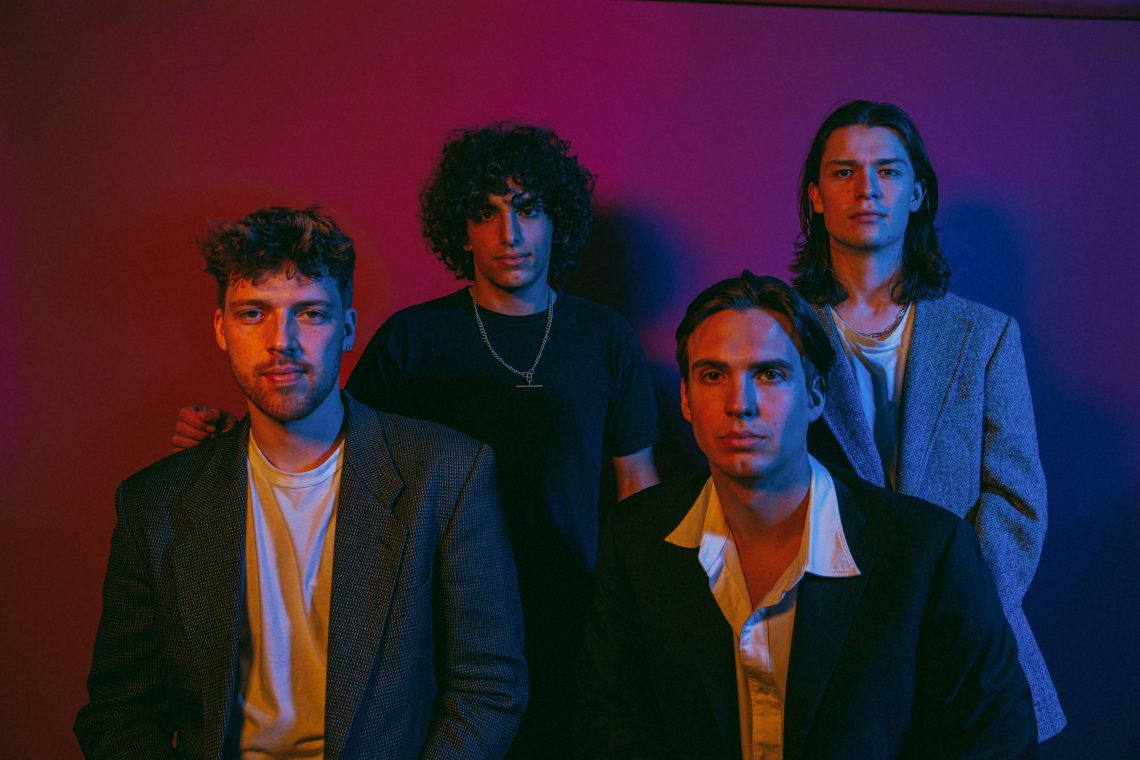 Hailing from either side of the pond, it seems like The Backfires were meant to be. “Moving to NYC from England has been really surreal for Max (drums) and me (lead guitar),”  Harry Ruprecht shares. “We feel blessed to wake up every day in one of the best cities in the world and play the music we love. Even for a skeptic of fate, getting offered to play with one of our childhood heroes (the Courteeners) at a sold-out show in NYC and across three other US cities has made us feel very special. We’re very lucky to get to do what we do.”

They chose their unusual name to replace an even more unconventional one. “Our name came to be at the end of 2021 after we got fed up with our original name, Qualia Noir, being so hard to remember,” Ruprecht confesses. “No one could pronounce it, spell it, or remember it. It was a nightmare. One day when we were recording in London, we were talking about how that name had ‘backfired’ and Alex suggested we change our name to the Backfires. After some initial hesitation it stuck and we started fresh with our new name. Hopefully, it’s easier to remember than Qualia Noir!” 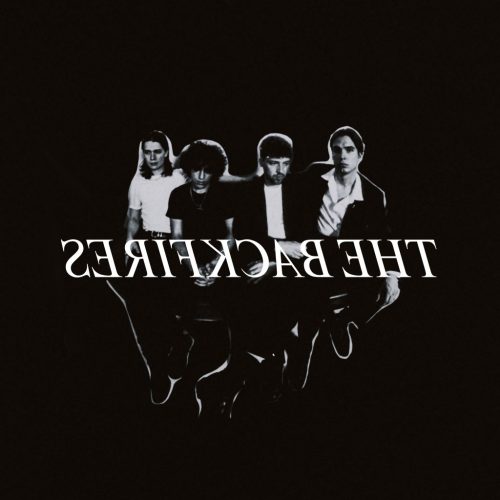 Their new single, “Reflections On My TV,” is about dealing with a friend or lover leaving your life. “‘Reflections On My TV’ was written and recorded in London,” Ruprecht says. “The song was first inspired by excerpts from a poem written by Max. Alex (frontman) and I pieced together an initial version of the song with him on acoustic guitars at my home. We then took it into a rehearsal room with Matt (bass) who reshaped the bassline. We then revised the ending of the song together and brought on the producer (Josh Tyrrell) to record the single with our other song Blindsided in October 2021. A year later we revised the song’s guitar parts further with NYC producer (Justin Klatzko) before its eventual release in November this year. It’s one of our slowest songs and we hope we did our initial creation justice in the final version.”

Obvious across The Backfires discography, vivid emotions are a necessity for artistic genius. “I think when you try to write songs, you spend so much time trying to find stories from your own life and those of people around you that you inevitably go back through all those moments that made you feel strongly about something. When you’re actively doing that, it’s very difficult not to replay all of those ‘what ifs’ and ‘should haves.’ I think they just always seem to be at the front of your mind.”

To a certain extent, you have questions when someone leaves you behind, which can prevent you from “changing the glass” as the song says. “It’s a lyric that aims to describe those doubts and ‘what ifs’ that always seem to appear whenever someone exits your life,” Ruprecht explains of “Reflections On My TV.” “I think at some point everyone considers trying to fix things or completely start fresh, but it’s always easier thought than done. I don’t think I’ve ever had a definitive ‘this was the right choice and now I can move on,’ and I think a lot of the song speaks specifically to that. It always feels uncertain and unstable.”

After four successful nights out with Courteeners through Boston, two nights in New York City, and Philadelphia, there’s no slowing down The Backfires. “After just finishing a run of shows with Manchester royalty the Courteeners, we’re very excited to announce that we’ve got a pair of very special shows, in London and New York City, to kick off 2023. As a half British and half American band, it’s cool to play back-to-back shows in our two home countries. Tickets are on sale now and we can’t wait.” Their story is coming full circle.

Read more Music Interviews at ClicheMag.com
The Backfires Contemplate What Ifs in Their New Single, “Reflections On My TV.” Photo Credit: Lexi Yob.

Reflections On My TVThe Backfires