Rebellious Rockers, Bruvvy, Spice Up Rock ‘n’ Roll in “U Think This Song Is About U” Video 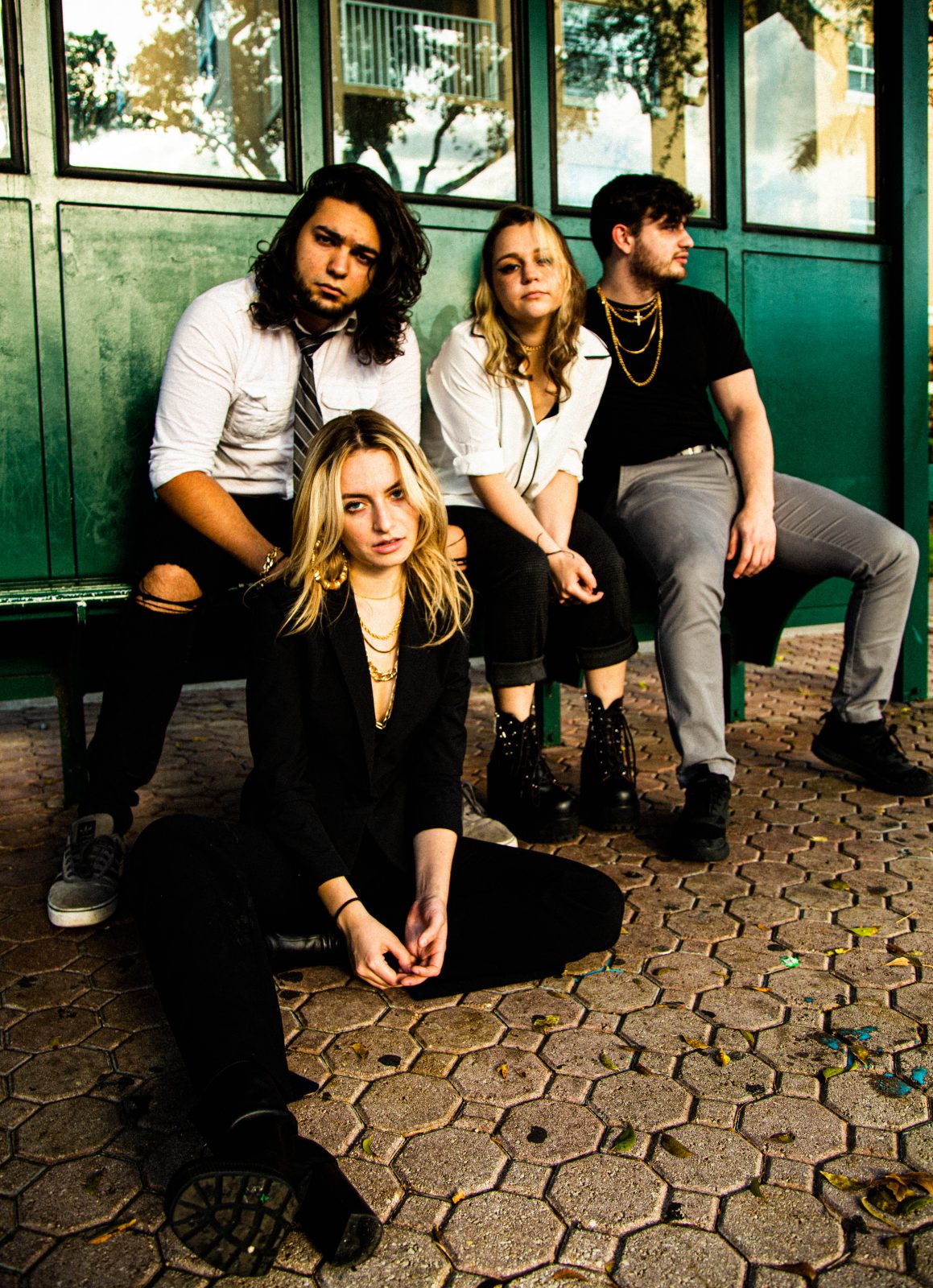 Allow us to introduce you to your new favorite female-fronted powerhouses – Bruvvy. The band is reimagining rock ‘n’ roll with a fresh millennial perspective. They are reinvigorating the classic, raunchy, over-the-top energy that comes to mind in association with bands fueled by guitar riffs and rebellion.

As a trailblazing first impression of their “Little Heat” EP, available August 2021, Bruvvy is throwing us head-first into their universe with their single “U Think This Song Is About U.” They are spicing up the South Florida rock ‘n’ roll scene (literally) in their unruly restaurant takeover for the music video.

The video tells the story of vocalist Liz Varum’s emotionally destructive stint in the service industry. The setting is more than just a backdrop; it is the exact muse that inspired this punchy track. The storyline follows Varum’s  humble beginnings in the kitchen to the full circle moment of filming a music video in her previous employer’s eventful dining room.

“The lyrics were written throughout the longest, shittiest work day of my entire life. I was covered in sweat and kitchen grease (which was airborne, and slowly making me breakout), getting emotionally abused by my boss, and the only tips that were ending up in my pocket were coming from a guy that wanted nothing more than for me to get on his motorcycle with him,” explained lead vocalist Liz Varum.

Behind the powerhouse vocals and groovy guitar melodies is a universal message of greed tarnishing work ethics.

I wondered for a second if anyone would notice if I took a handful of cash from the tip jar. I learned that day that when the sole motivation behind work is money, everyone is, at some point, reduced to a thief,” said Varum.

Since their first show in 2019, Bruvvy introduced the South Florida music scene to their powerful stage presence, their “anything goes” performance style, their raw realness, and most importantly, the friendship that keeps them glued to their listeners and to one another. This is not a rock n’ roll revival; it’s a rediscovery of the very spirit that possesses us to jump, scream, sweat, and connect.

Pre-Travel Checklist: What to Do Before Traveling Abroad