Panic! At The Disco Concert Review

Panic! At The Disco arrived at Madison Square Garden on August 5th for their ongoing This Is Gospel Tour, and ever since, my ears are still ringing from the screaming fans. Due to this, I would say that the band did pretty stellar in keeping fans entertained, and exceeded well past fan expectations. Panic! had been MIA for a little while, but with the release of their newest record Too Weird To Live, Too Rare To Die!, fans can expect much more than just a record release and a simple tour. Panic! chose very wisely in their opening acts, with selecting Magic Man and Walk The Moon. Both bands stood out on their own, and didn’t blend into one long string of dance/pop music. Instead, Magic Man, and Walk The Moon got the crowd on their feet, and warmed up their vocal chords for Panic! At The Disco’s entrance a few short hours later.

Front man, Brendon Urie took command over the stage even before he arrived. As the venue played one more song over the speakers to hold the crowd over while the stage crew set up, fans were already screaming for Brendon, and singing random parts of their memorable hits. Before the lights even finished dimming to black, the crowd erupted in a roar so loud, that it was almost a shock to the heart. Urie enthusiastically graced the stage, donning one of his trademark jackets, this one being a metallic gold. The audience instantly felt the energy of the band, as the first song; Vegas Lights began. This opening immediately reminded everyone that Panic! is back with their high energy and spirit, which has not graced MSG since they “came with a circus ten years ago.” This, Brendon had reminisced to the crowd about their “A Fever You Can’t Sweat Out” Tour after a few songs.

Urie has the gift of being able to don magnificent stage presence, hit all his notes, as well as the ability to hype up the crowd to the point that one would assume they were all hopped up on a mix of red bull and espresso shots. Not to mention, he had quite the knack of bursting into unexpected, well fitted high pitched notes, which would make any 80’s hair metal band envious. Urie added some synchronized back flips here and there, for example, as the band was holding still during the entire windblown silent part of “Miss Jackson,” he then flipped backwards, singing flawlessly, “I love her anyway!” just as his feet touched the floor of the stage.

MSG’s stage was set for the opening bands like any other concert, with a banner in the background displaying Magic Man and Walk The Moon’s titles in large letters. However, it was Panic! who took over the stage alone with their clashing of colors on video and photo backgrounds on large screens. Their choices weren’t cheesy, nor cliché. Instead, there was a wonderful mesh of photos with colors during each performance. Normally these visuals lead to distraction, but the visual team did well in flashing the Vegas strip, swing dancing, carnival rides and more, as they cut in and out at the right moments when a guitar solo hit its crescendo, or when Urie crooned his lyrics just before belting out the chorus. Personally, my favorites were the stained glass effects during This Is Gospel, as well as the stage lights forming rainbows for the anti-hate theme of “Girls/Girls/Boys”. Not to mention, a GIF of Wayne’s World during their cover song, which I will mention later.

Panic! didn’t leave any fans disappointed, for they made sure to stay in touch with their roots, as well as pleasing fans of Too Weird To Live and Too Rare To Die!. There was plenty to reminisce about, as well as enough new songs to enjoy. While the new record is enjoyable, and is sure to get one animated while listening to the record at home or in the car, this record is MEANT to be heard live. This record, while having an underlying of complexity within its dark tones, has an upbeat versatility that gets you humming, as well as tapping your fingers and toes in the very least. Vegas Lights got the crowd moving their feet to the 80’s dance inspired Vegas theme song. Performing songs like Nicotine and Miss Jackson was a sure thing to get you out of your seat to dance, or move your hips in unison to the pop/synth beats, while songs like “The Only Difference Between Martyrdom and Suicide is Press Coverage” and “Lying Is The Most Fun A Girl Can Have Without Taking Her Clothes Off”, pulled you back into more nostalgic, rock themes.

One of the most astounding moments of the concert was when Urie had wandered over to a piano, which had illuminated panels in front that held the band’s infamous exclamation point. The lights dimmed, and a spotlight shone on Urie, and he began to beautifully sing the haunting, “The End Of All Things”. After what seemed like 20 seconds into the song, the theater began to emit a soft glow, and it wasn’t due to the stage lights. Almost every person in attendance, had taken out their cellphones, and shone their flashlights towards the stage. This was a beautiful moment for both fans, and Panic! themselves, for it showed that fans are not just appreciators of this band, but that there is respect for the hard work, and honesty that goes into their music.

The band even performed their own rendition of “Bohemian Rhapsody” in its entirety, instead of the typical; “let’s play half of the song, then put in our song!” routine. Urie’s voice fit perfectly, as well as the wonderfully harmonized backup lyrics provided by the rest of the band.  Not to mention, when the break down came for everyone to head bang, on cue, there was a large GIF of the well-known scene of the actors in Wayne’s World head banging to the same part. If Panic! At The Disco quit original music to become a Queen Cover band, I don’t think anyone would complain. This writer wouldn’t even hesitate to question if Urie would decide to form a hardcore band. A fan yelled for Urie to perform the bands famous “Positive Hardcore” bit, and as a first time witness to this sudden genre shift, it left me with my jaw on the floor. It’s easy to poke fun, or imitate hardcore music, but to go from singing twenty dance/pop/rock songs to the professional sounds of the growling bass vocals of hardcore; it makes me wonder if Urie may be built for every music genre known to man.

Panic! is not what they had established themselves to be in 2005. With four full length records under their belt, the sounds of this rock band have changed dramatically. Members have come and gone, to the point that the band was at one point, a two person band with Spencer [drums] and Brendon. However, Spencer has been hiatus for some time, leaving Brendon carrying the torch for the band. This writer, along with the many fans that filled out the famed Theatre at Madison Square Garden was incredibly happy to see the passion that the four men on stage were able to present. If there is any admiration one were to have for this band, it would be their ability to adapt. Perhaps, even to say that this band has succeeded in the theory of Darwin’s Survival of the Fittest, but towards the music industry.

Urie, while being so young, has the musical talents of a man whom has been in the business longer than Urie’s almost 10 year run. His desire to extend his voice to help spread love, combined with his drive to better himself as a musician, only shows how seriously Brendon Urie takes his craft, and the responsibilities that come with being the face a popular artist in today’s day. A few weeks ago, P!ATD was under fire from the infamous Westboro Baptist Church, and planned to picket their Kansas City performance. Their “impact” was soiled, by Urie’s determination to keep the concert positive, while doing more than simply taking the “ignore them and walk away” attitude that so many before him have done, Brendon took a unique, and eye-grabbing approach to this often uncomfortable situation. With every “protester” that planned to arrive, Urie would donate an amount of money to the Human Rights Campaign, and then also decided to create rainbow tye-dye merchandise that featured their anti-hate retaliation against WBC. As mentioned before, there were rainbow light effects that were artistically displayed during their performance of “Girls/Girls/Boys”, to further instigate, how much it means to Urie, for people to love themselves, and each other as they are.

After a 22-song, nearly two-hour set, it became very clear to the entire audience that Panic! At The Disco is at a new height of their career, a plane that many bands are unable to hit. They have shown fans and critics alike that they are able to adapt, and grow into their own, while still honoring their beginnings without becoming a nostalgia act hanging on to past successes. In addition to the musical talents, it has become very clear that if there was such thing as the God of Song, I’m pretty sure Brendon Urie would be the physical embodiment of said deity.

Brendon UriePanic! At The Disco 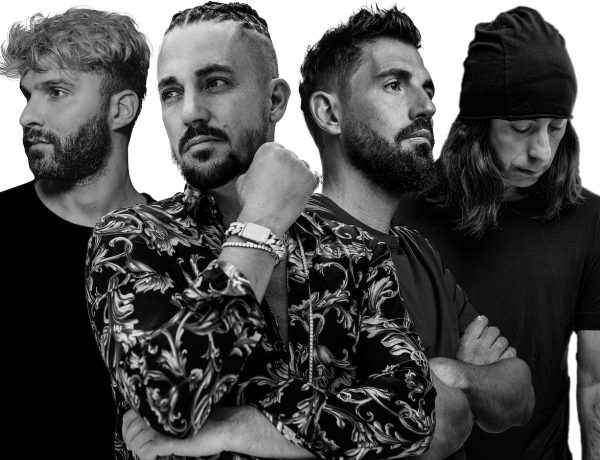 Music Tours We Are Looking Forward To In 2017