Eliza & The Delusionals Keep Their Souls Alive with Debut Album, “Now and Then” 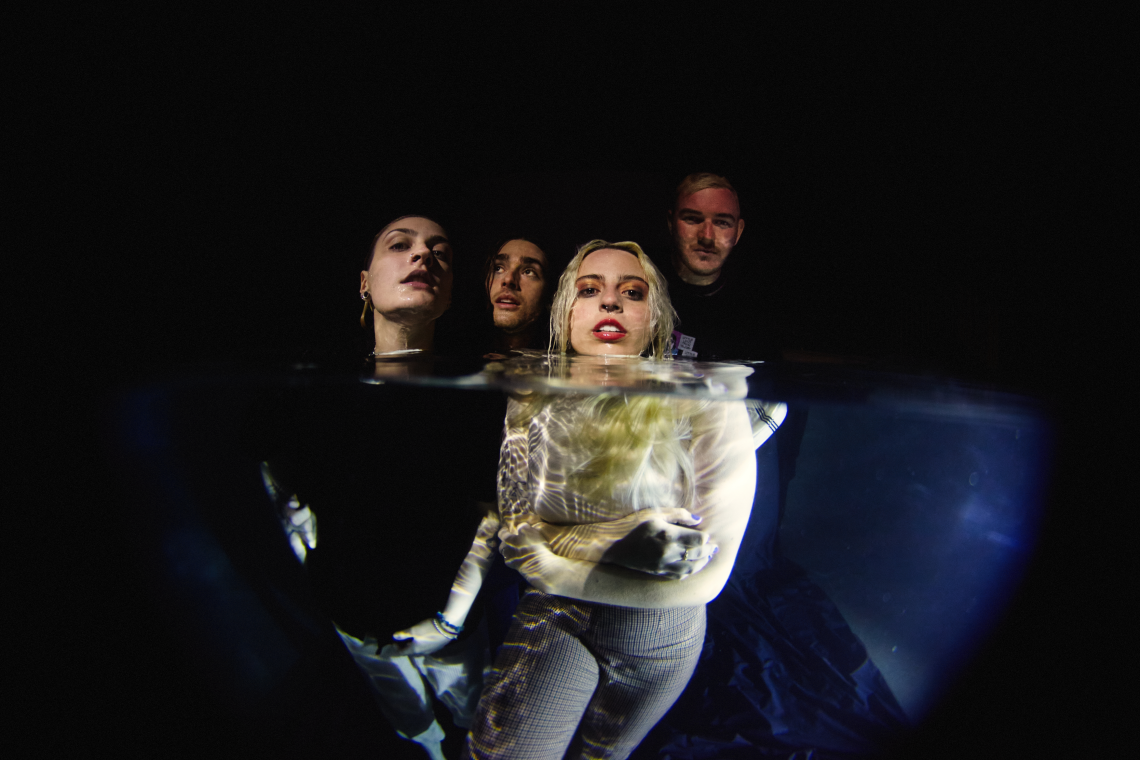 Eliza Klatt would describe the experience of listening to her band, Eliza & The Delusionals, as nothing short of ethereal.”To me it’s like an indie dream pop kind of thing. Everyone has such a different idea of what genres sound like, but I think that’s how I’d describe us.” They wrote their latest single, “Give You Everything,” in the last few weeks before the pandemic hit. “We wrote this song back in 2020 whilst we were in LA a few weeks before everything went weird and we had to go back home to Australia. We had a writing session with Sarah Aarons and John Hill, and after chatting with Sarah and getting to know her, we realized that we both had had very similar experiences in the beginning of our careers with people in the industry taking advantage of our naivety. ‘Give You Everything’ really formed around this conversation lyrically and thematically, and is about having that realization that you can’t give everything to somebody and you’ve got to keep some for yourself. Once we had come back to Australia, we decided to set up a home studio and pick the demos back up that we were working on in the US which would eventually become the album. It was there that we finished the song and started discovering how it was going to sound and what the production was going to be like. The song felt so comfortable in that 90’s/2000’s pop sound, and it really shaped the entire sound of the record.’

The track is another glimpse into their debut album, Now and Then. ”I feel like ever since we had written it and everyone on our team had heard the demo, we knew it was going to be a strong single for the record. I think because it summed up so many of the themes and sounds the record portrayed, it was kind of an easy choice for a single!” In the spirit of that budding excitement, other singles from the album will be embedded throughout the article!

Eliza’s primary source of musical inspiration can be found in the early 00s. “I think it probably has something to do with the nostalgia of growing up listening to that kind of music. For me, a lot of the bands from the 90’s and early 2000’s were the first bands I discovered for myself and helped shape me into the songwriter and musician that I am today. So I think it’s what naturally will always inspire me, and I just really love a lot of music and artists from that time.” Gwen Stefani in particular has her heart. “I am a huge Gwen Stefani/No Doubt fan. I’ve always thought she was so iconic, and she’s influenced so many incredible female musicians and frontwomen throughout the years. I really admire her style and stage presence, and of course her voice is one of my favorites. I also love Garbage and Shirley Manson, I just think she’s so cool and badass. There are so many incredible artists that I look up to from that time, but those are two that I still am constantly inspired by to this day.” To Eliza, the early 00s represent a bygone era of simpler childhood joys. “I would love to be able to go back to the days where it was just me and my Tamagotchi, and all I had to worry about was it not dying by the time I got home from school,” she laughs.

In the wake of the pandemic, the band emerged with a refreshed perspective. “I think for starters I will never take being at a show for granted again. Whether we’re playing or watching, I will always appreciate being on stage or being pushed around in a crowd so much. It was something I never thought I’d have to live without, and it was really difficult to be without it. The guys and I always joke about how we’re never going to complain about loading in heavy gear again as well, we’ve missed it so much. I think it also brought us closer as friends and bandmates too. We’ve always been pretty tight-knit, but I think not being able to see each other and do what we love together really brought us closer in some ways.” Unsurprisingly, COVID deeply impacted their livelihood and their overall mental health. “It’s kind of a wavy thing. I was feeling pretty good in 2020, when we were touring and recording our A State Of Living In An Objective Reality EP. But obviously COVID was rough for everyone, and we had lost so many tours, festivals and big opportunities in general. Right now I’m happy to be back on the road in Australia, but myself and the guys are still very much grieving the losses from 2020. I don’t think we’ll ever fully get over it, but we always have to look forward and we’re feeling very lucky and grateful to be selling out shows across Australia and coming back to the US in May for Bottlerock Festival!”

Working on Now and Then provided much needed solace. “It was really the only thing we had to keep us going. We couldn’t see a light at the end of the tunnel, but we knew that writing a record was going to be the best thing for us. I think it gave us something to focus on and keep us sane while the real world was really depressing and sad all of the time. It was kind of why we naturally leaned into the nostalgic themes as well, as it was a form of escapism for us. I think Kurt and I were also lucky to have each other to lean on as songwriters, creatives and people. Living together and being together for the whole time really made it a lot easier.” They will always be grateful for the resilience that the album represents. “Now And Then got us through the hardest time of our lives. We never thought we would experience something so sad and so horrible, and writing that record really was our saving grace in some ways. I think if you can transport yourself somewhere mentally just for a short while if your current environment isn’t making you feel inspired, you can feel a whole new wave of emotions and hopefully you can create from that.” Now and Then drops May 20th. 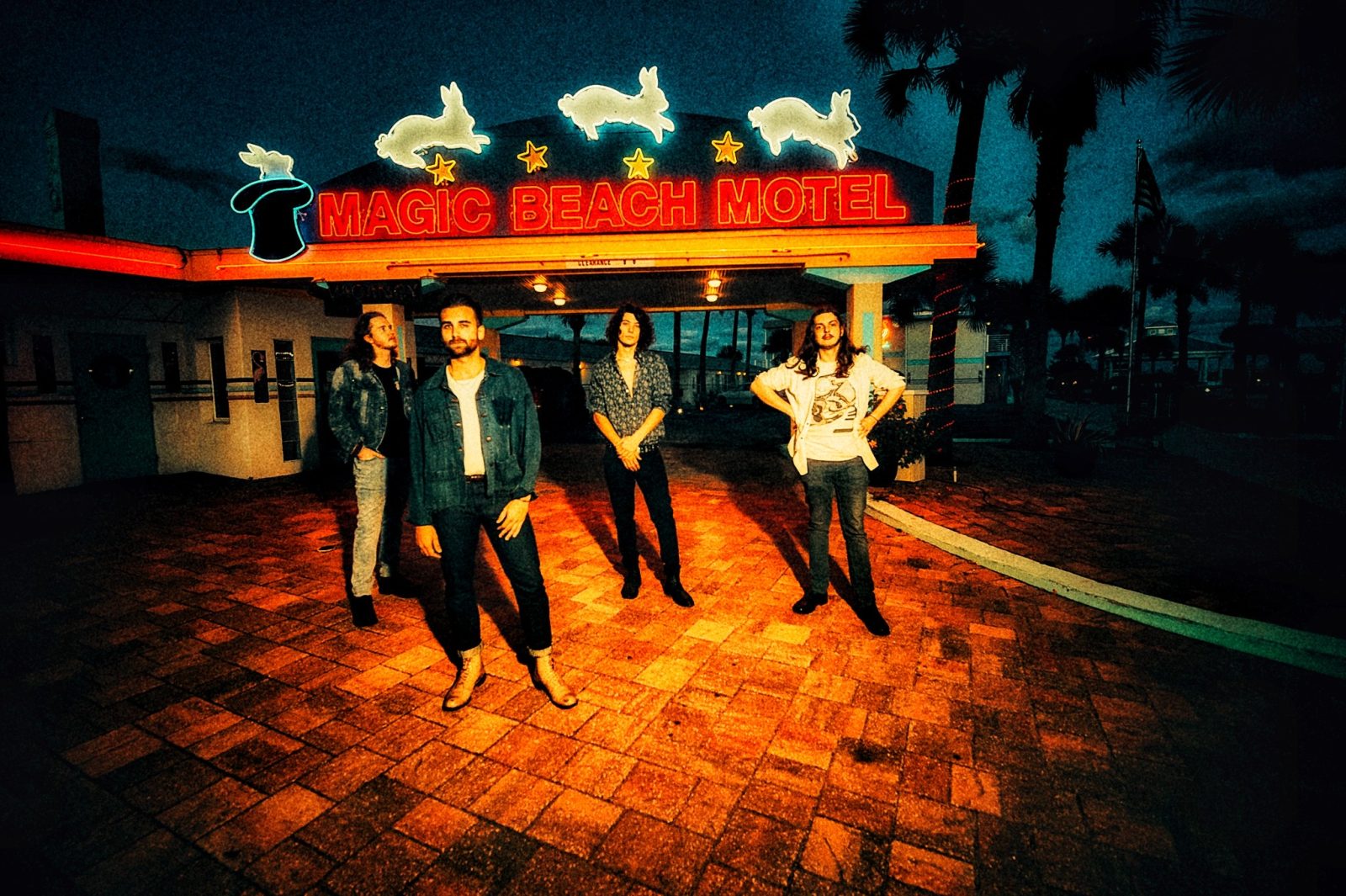 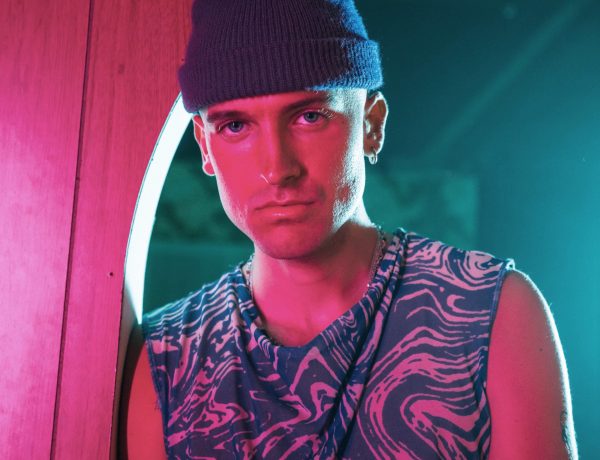 Gavin Haley Romanticizes a Bad Relationship in New Single, “Mine”

Kristena Seedwell Talks Modeling and Becoming Her Own Role Model