Music is a universal language. We love music here at Cliché; from Beyoncé to Coldplay, we cherish it all! In the midst of our celebration of instant classics and girls who run the world, we sometimes forget about the life-changing and life-shaping music of our favorite non-musician celebrities. We understand how sad that reality is, so we’ve compiled a short list of celebrities who have created musical masterpieces or were a part of awesome bands that were forgotten about.
1. Paris Hilton – Stars Are Blind

No matter how you feel about Paris Hilton, you’re lying if you say you didn’t blast this song in your room by yourself or with your closest friends. I rewatched the music video in preparation for this article, and I can proudly admit that I still remember most of the lyrics. Hilton had other songs, sure, but they were never quite as impactful as this one. If you’re aching for a bit of nostalgia, you can watch the video over at YouTube.com.
2. Idris Elba – DJ/Musician

The nation’s dream James Bond does more than steal your heart with his knack for perfectly tailored suits and brilliantly acted roles. Idris Elba is quite the musician who dabbles in a bit of everything. He is a DJ and Hip Hop producer who sings too. He has more songs under his belt than we can list here, and he has made music in almost every genre. Didn’t think you could love him anymore? Well, he sometimes sings with the incomparable Lucy Liu and Mos Def. Quadruple threat right there: singer, actor, best dresser, and DJ. We didn’t think it was possible, but he is actually perfect!
3. Jada Pinkett-Smith – Wicked Wisdom

Jada Pinkett-Smith is a rock star, and no, it’s not just because she’s a great actress who is married to the Fresh Prince and just starred alongside Channing Tatum in Magic Mike XXL. She’s an actual rock star as the lead of her heavy metal band Wicked Wisdom. They formed in 2002 under the genre Nu-Metal and gave us songs like “Set Me Free” and “Bleed All Over Me.” Alongside her bandmates—guitarists Cameron Graves, Philip Honore, Philip Fisher, Korel Tunador, and bass guitarist Rio—we’ve been given a new set of songs and a new band to love.
Read more Music News on ClicheMag.com
Celebrities Who have Dabbled in Music: photos courtesy of The Sun, HuffingtonPost, Midwesttix

QUIÑ Takes Us Out Of This World With ‘DREAMGIRL’ 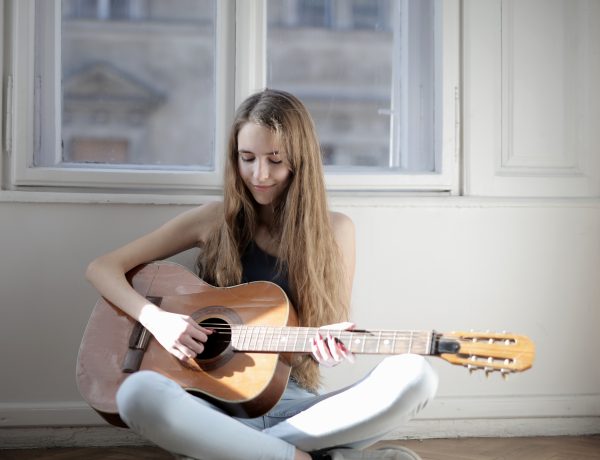 6 Benefits of Learning to Play the Guitar