Still so Much to do in Downtown Los Angeles

Did you know that there is still so much to do in downtown Los Angeles?  Truth be told, most people that visit L.A. never even thing about visiting downtown Los Angeles (DTLA). They instead opt to head for the Santa Monica beach or for the glitz and glamour of Beverly Hills. Most do not consider spending time in DTLA but they have no idea what they are missing out on. Today we want to share with you some of the most exciting things to do in DTLA. While the downtown area might not possess the most iconic places to see in Los Angeles, it can surely make for an amazing day with friends and family.  From hotels and museums to fine restaurants and shops, there is something for everyone.

LA Live is one of downtown Los Angeles’s greatest attractions and is a great place to hang out for a few hours.  It’s basically a huge entertainment complex that even has its own streets. You can watch movies, concerts or visit any number of great restaurants and bars.

What better way to see downtown Los Angeles than by air? Talk about some exciting Instagram worthy photos as you get a birds-eye view of the tallest buildings in downtown Los Angeles.  The tours usually last 30 minutes and fly at an altitude of 1,000 feet.

As the name suggest, Grand Central Market is a great place to find fresh fruits and vegetables. This landmark has been a staple in LA for over 100 years and is one of the best places to taste some of downtown LA’s best street food.  Find amazing BBQ ribs, burgers, Japanese and Mexican dishes to scrumptious local seafood.

The Walt Disney Concert Hall is home to the infamous Los Angeles Philharmonic, one of the best in the country. Even if a few concert tickets aren’t in your budget, you will be thrilled just to visit the concert hall. There are free tours available so that you can explore the entire building both inside and outside, which includes an exterior staircase that will take you straight to the rooftop.

With a distinct Japanese atmosphere, Little Tokyo is a historic part of downtown LA. It’s a great place to go shopping, sightseeing, and of course exploring great Japanese cuisine. The Japanese Village Mall is the perfect spot for some retail therapy where you’ll find authentic Japanese products and produce.  For cultural enthusiasts, you can visit the Japanese American National Museum, the only museum in the country focused on Americans of Japanese ancestry.

One must see location has to be OUE Skyspace.  OUE Skyspace observatory is located in downtown LA  and occupies the sixty-ninth and seventieth floors of the US Bank Tower. It gives you an amazing 360-degree view from California’s tallest open-air observation deck and the second largest skyscraper in Los Angeles. If you are up for a thrilling experience hop on the Skyslide, a 45-foot, fully transparent slide.  As you fly down the slide you can see the sky above and all of downtown below you.

The Millennium Biltmore Hotel is legendary and has been a Los Angeles landmark since 1923.  The historic LA Downtown hotel has been the choice of celebrities, presidents, dignitaries, and the backdrop of countless movies and TV shows.  It’s architecture is a resemblance of the Spanish-Italian Renaissance era which includes amazing hand-painted ceilings.  The hotel has a deep connection with the Oscars which was first held in the Crystal Ballroom in 1927.

LA loves it some art and downtown Los Angeles is home to some of the best contemporary art in the country.  The Museum of Contemporary Art (MOCA) features art created as far back as 1940.  If you’re a fan of contemporary art, the museum’s creations include thousands of creations in all media, and selected items are on view year round. There is also a nice gift shop on the premises. 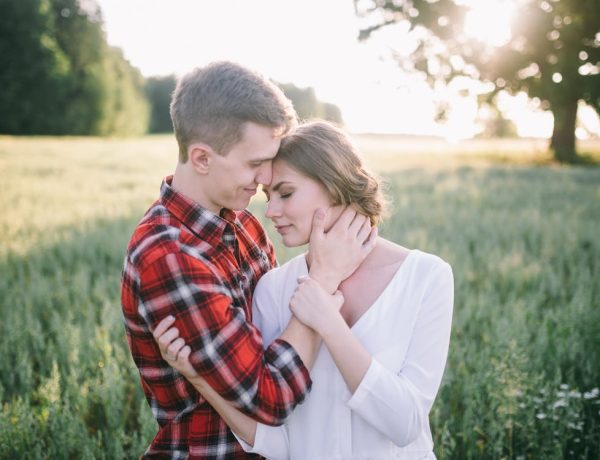 How to Support Your Partner While Trying to Start a Family