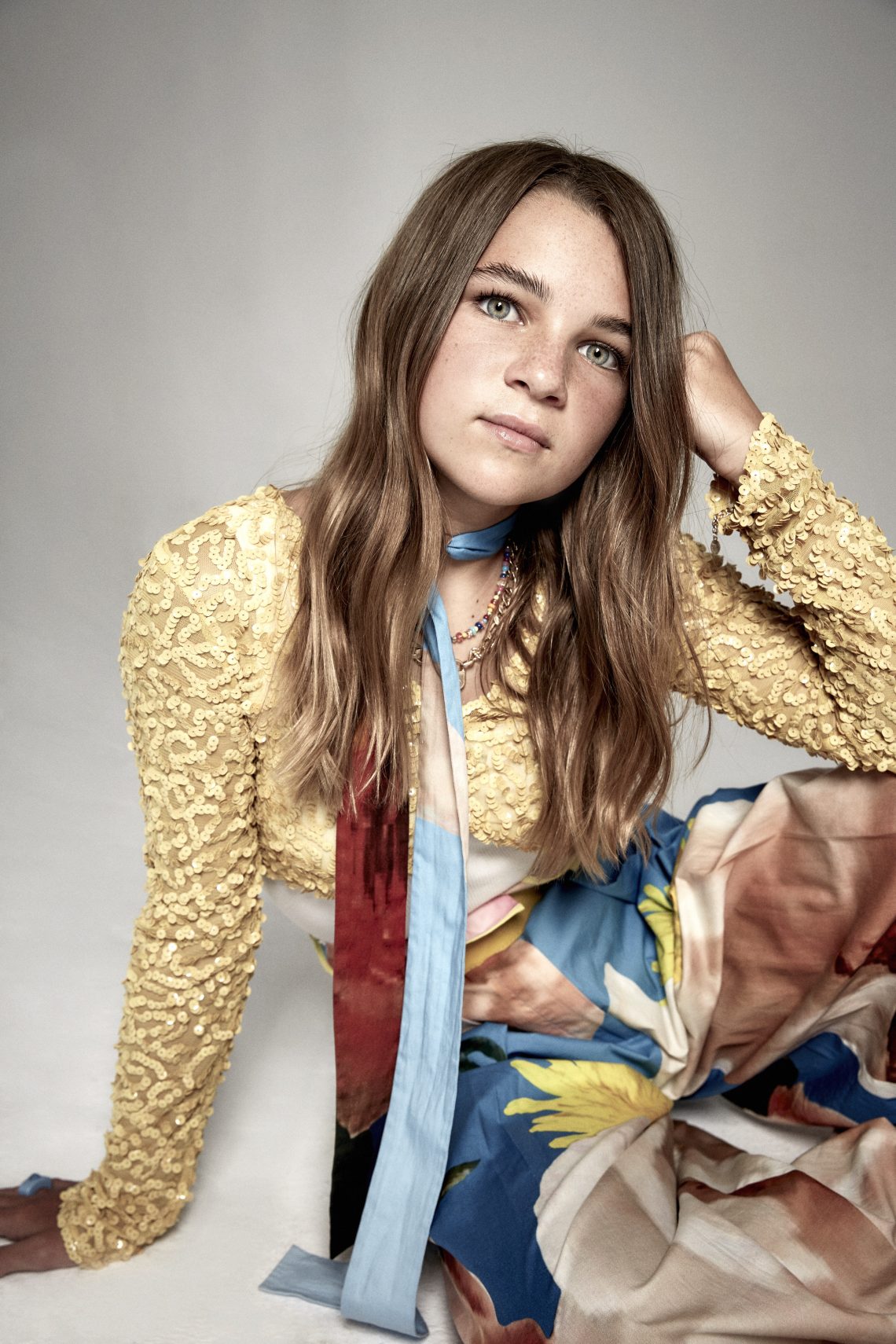 Young Sheldon actress Raegan Revord felt a strong pull towards Missy Cooper even before she booked the role. “I got the audition during pilot season from my agent and manager, which is such a busy time. I was auditioning for a bunch of shows, but I kept asking my mom about the Missy role. I loved her character so much and thought she was hilarious and would be fun to play.” She soon found herself immersed in The Big Bang Theory universe. “I’d never heard of the show before I booked it, then I was thrown into the Big Bang world and learned so much about it and the characters. When the show was still filming, they filmed right around the corner from us, so I’d go over there from time to time and watch some of the live tapings and talk to the cast. When their show ended, we got some of their writers and producers, so I feel like I know a lot about the show without ever watching it. And since older Sheldon narrates our show, I’ve learned a lot through that. I will always be a fan of that show because if it wasn’t for them, we wouldn’t exist.” As for Missy, she’s coping with the horrors of adolescence – like the scrutiny that comes with girls daring to have unshaven legs. “Missy is your typical preteen. We are seeing her in middle school and having those middle school experiences, which I love because I’m homeschooled, so I haven’t experienced a lot of that. For example, the scene where Missy wears a skirt to school, and she has hairy legs and gets made fun of. The exact same thing happened to my mom in middle school, and I believe it happened to one of our writers too. I have no idea what that’s like because it’s just me and my studio teacher, so I experience a lot through Missy. We see her pushing the boundaries with her parents and being moodier. There’s been a few scenes where I’ve had to snap at George and those are hard for me because I, of course, see George trying hard to be a good dad and be there for his daughter but Missy is just like ‘Ugh, Dad! You are ruining my life.’ My heart goes out to George. But you know, that’s a teenager for you.”

Raegan sees many similarities between her and Missy. “Sometimes it feels like we are living parallel lives! When I got the script where George teaches Missy how to drive, I freaked out because I have been doing that in real life with my own dad. He’s been taking me to empty parking lots and teaching me how to drive so in that scene I knew exactly how Missy was feeling and I was able to pull from my own experience. Although I hope I’m a bit better at driving than Missy!” However, she considers her fictional counterpart to be much more extroverted. “Since Covid, I’ve become way more introverted and shy, which is the complete opposite of Missy. She’s so confident and sure of herself. I’m also a little nerdy. I love sci-fi, I’m really into astrophotography, and sitting at home with my dogs reading and writing. Missy is super social and would rather spend her time out with friends or watching MTV.”

Her cast mates are a loving support system, especially in recent times.”I love our cast so much! I know everybody that’s on a show says, ‘Oh, we are like family in real life,” and sometimes it’s true and sometimes it isn’t. But it is very much real with our cast. The last couple of years have been hard and stressful and just this age in general is really hard. I go to Lance’s dressing room all the time and confide in him, and he gives the best advice! The other day we had a car scene together and after we wrapped, we just sat there for about 15 minutes talking. Or sometimes in a scene Zoe will check on me by squeezing my hand under the dinner table. Sometimes they can just look at me and know I need a hug. We all truly care about each other, and everyone is just really cool!” She misses the wonderful times they had touring pre-pandemic. “Before Covid, we used to travel and do press tours. Although it was work it was so much fun! We got to go to some really cool places in the world and do fun things. I got to hold a koala in Australia! Lance would bring his family (he has two kids close to my age), and Montana brought his mom and grandma. It just felt like one big family on vacation. We created so many great memories together. It’s something I’ll cherish forever!” 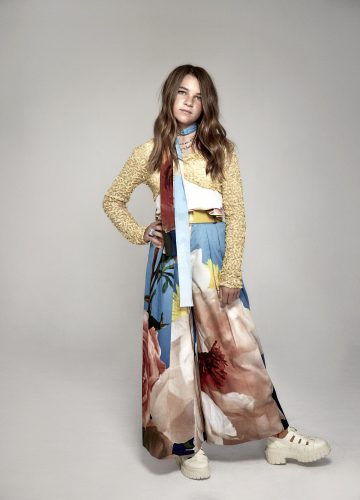 Raegan also has aspirations to be an author and is currently writing a book! “I have a book agent now, which I can’t believe! Now that I am on hiatus from Young Sheldon, I plan to use my free time getting the book finished and hopefully it will be out next year. I don’t want to give anything away, but what I can say is that it is a YA fantasy that I hope will become a series. One of my dreams has always been to be a published author, so fingers crossed!” Writing is a means of catharsis and camaraderie for her. “Writing is a great way to connect with people. Even if you never meet whoever is reading your book, you can tell people how you’re feeling, whether it’s good or bad.  When you’re writing, you can just let go and put how you’re feeling on the page. Especially times when you can’t tell anyone what’s going on in your life, you just have a place to go to and write. Some people find it easier to express themselves through writing, like me. It’s such a magical and awesome experience to create a story that hopefully will help or impact others. She started her own book club via Instagram, #ReadingWithRaegan, to encourage her followers to develop a passion for reading. “Obviously, I really love any form of storytelling, reading, singing, writing, and acting. Reading broadens your view of the world outside of the bubble you live in. I think if everyone just read a little more, they would have more empathy for each other. I just think there are so many amazing stories out there that we could learn from.”

Additionally, she launched her own initiative, Homeless Helpers, as a resource for those in need. “I believe people are always looking for ways to help. I sent out donation boxes at work and I got an overwhelming response of people helping. When I have more time, I would love to grow Homeless Helpers. It’s such an easy thing to do and anyone can do it in their community.” It’s easy to find ways to give back. “I think that people think that helping in their community has to be this big thing, but really, it’s just simple acts of kindness. Reach out to a local church, a food bank, a shelter and see what they need. There is always something to be done. If you see someone on the streets, actually talk to them, they’re human too. Buy them a meal. Social media is a great way to get connected and find ways to help. We can all agree that the world could use a little more kindness right now.

I Am Cait Premiere