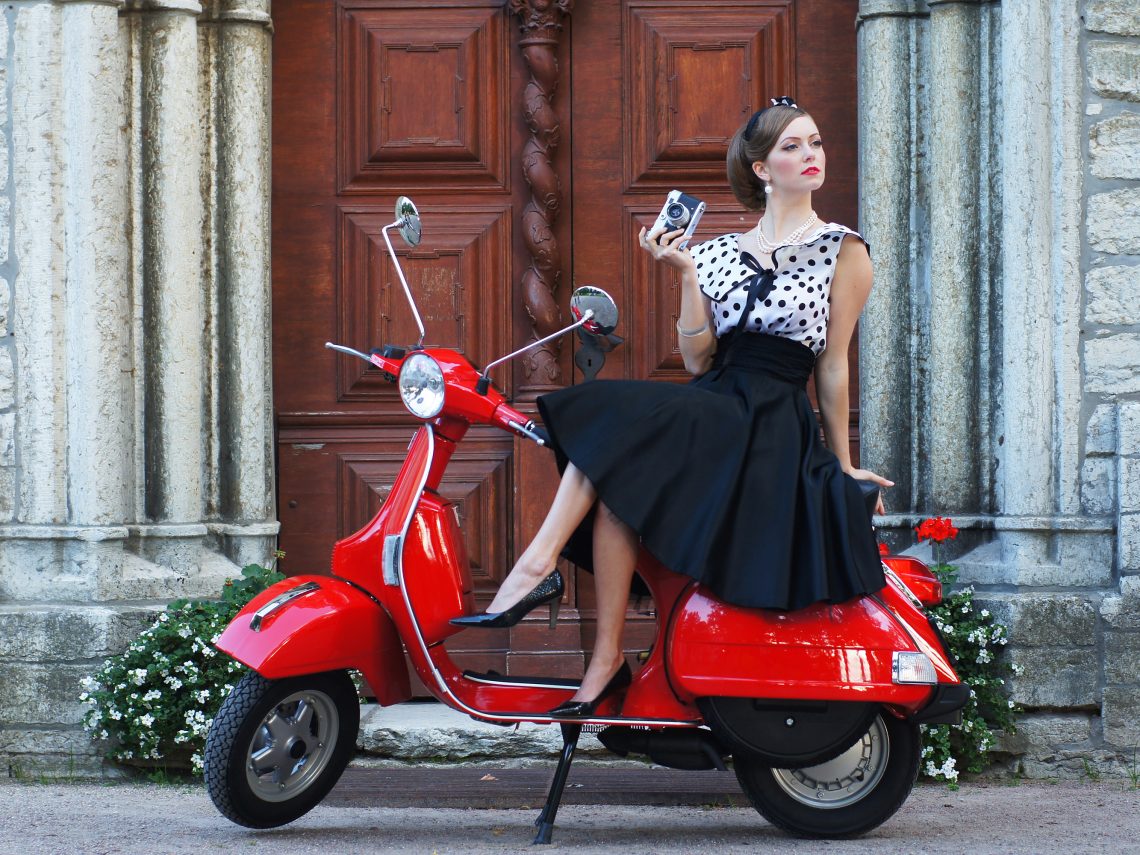 Today we want to talk about patterns in clothing that marked eras.The growing trend in vintage apparel is present all the rage. For decades, patterned textiles and clothing have been repurposed and recycled in the fashion industry.

Every vintage pattern has a backstory and a decade in which it became fashionable. The colours and patterns are distinctive, and they continue to inspire many fashion designers and trends today. All the patterns you’ve seen and loved have a history, from tartan trousers to polka dot blouses. Here’s a breakdown of vintage textiles by decade to help you learn more about their history and nail your next retro outfit!

Cute evening dresses in liquid satins and silks, tweed suits with flounces and frills, and a lovely beret or tilt hat come to mind when thinking about 1930s fashion. The men still wore fedoras and double-breasted overcoats.

The origin and popularity of ready-to-wear apparel and the production of cheaper, man-made materials occurred throughout the 1930s. Due to the financial constraints of the Great Depression, fashion was suddenly available to the majority, not just the wealthy few, and it was wonderfully created, cut, and manufactured.

Many believe the 1930s to be the ‘Decade of Design,’ as it featured many technological advancements and shifts in attitudes toward design as a profession. This had a noticeable impact on fashion at the period since clothing for all classes became an outward expression.

Popular Trends From the 30s included:

You probably associate the 1950s with wonderful times — rock and roll and Elvis Presley. It was a time when comfort and convenience were on the rise. The 1950s also witnessed the emergence of rebellious teenagers and the many trends and styles surrounding them. Stars like James Dean, Dean Martin, Frank Sinatra, and Marlon Brando fuelled a boom of casual clothing in the 1950s.

In the 1950s, fashion was vibrant and colourful. New colours, shapes, and style options for distinct personalities were introduced. The pin-up and rocker subcultures are known for their elegant vintage aesthetic and carefree appearance.

Dresses with cinched waists, pencil skirts, poodle skirts, gingham and polka dot clothes, cropped sweaters and cardigans, and many more styles were popular and prominent during this decade. A feminine, exaggerated hourglass figure was the decade’s signature shape.

Fashion in the 1970s was all about self-expression and uniqueness. Many established fashion conventions were disregarded, and distinctive androgynous styles ruled supreme. Hippie, peacock revolution, glam rock, and disco were all popular trends of the decade. Thanks to an abundance of inexpensive apparel, men could readily demonstrate which subculture they belonged to or flip between them. The ’70s are known for the rise of printed patterns and fabrics on clothes.

In Buddhist, Shinto, Jain, and Hindu faiths, a mandala is nothing more than an often intricate alignment of geometric patterns that represents the heavens or numerous deities. Hippies and similar subcultures used this design as a way to stand up against consumerism and war.

Another popular design in 70s-inspired designs is the paisley pattern. This look was also popularised by the hippie movement of the time.

Paisley is a Persian decorative textile aesthetic that refers to a teardrop-shaped design with a prominent, curled top end. Paisley became famous culturally due to the Beatles’ affiliation with the pattern and its growing link with psychedelia, a key fashion trend of the 70s.

The expression “flower power” brings to mind the notion of peace, love and all things ’70s. During the 1970s, flowers and nature are recurring motifs. The flower power design was often seen when people were protesting wars.

Patterns with fashion are forever recurring. Modern designers are always looking to the past for inspiration for their creations. Understanding the meaning and history of these designs makes wearing vintage and retro clothes more special.

2018 Met Gala: The Most Heavenly Looks

Men’s Fashion Mistakes to Avoid in 2018