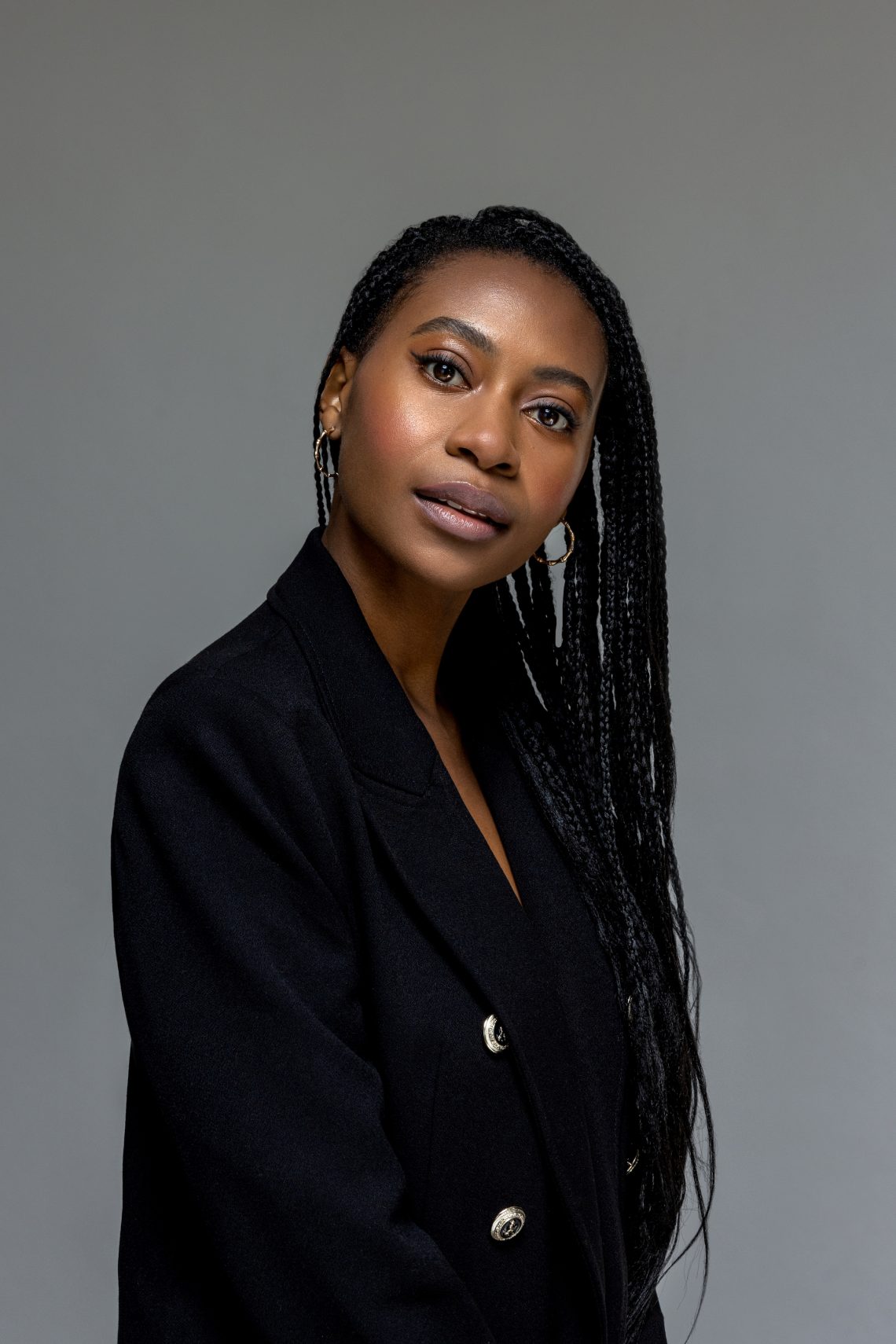 Malube Uhindu-Gingala approaches every role with enlightened artistic precision.”It depends on the character I’m playing and the story that I’m telling. Usually, I personalize the character I’m playing; along with the experiences that they are having and make them my own. I create stories that link my personal life to theirs and I keep writing and imagining until I feel something. Or, I create and act out scenes that are outside of the script I’ve been given. I let it all go once I get to set; because being on the set, in the environment brings everything to life. Other times, I create secrets for my characters: I know something that no one else knows, and that keeps me engaged in my scenes,” she explains. Getting into a character’s mindset revolves around one simple question. “I’ve never played a character whose life experience is similar to my own. But what helps me is asking ‘Why’ 5-10 times. What I mean by that is, when I ask why so many times, by the 5th reason, I can find a personal connection. The way the character may react may be different than how I would react, but their reasoning behind their action may be similar to mine, and sometimes, we have the same reasons. Also, asking these questions helps humanize the characters that I am playing. I also think that characters are an extension of who I am; like if I, Malube Uhindu-Gingala, was placed in a different circumstance, in a different upbringing, then I would’ve made different choices.”

These methods allowed her to sink into the immensely stressful environment inhabited by her latest character. “Tarika Hill is a nurse (fictional character) working at Memorial Hospital. She’s charming, funny, personable and a hard-worker. She’s always up for a challenge, even when she’s tired. Five Days at Memorial is about the turmoil of Hurricane Katrina that turned Memorial Hospital upside down and how everyone at the hospital and linked to the hospital were left to make choices beyond their control.” In the chaotic aftermath, Tarika finds a way to stand strong. Malube is proud of her fictional counterpart. “I admire Tarika so much because she is so intelligent and acts quickly upon any given situation. She has a lot of heart and I am thrilled for everyone to see how she is integrated into the story. This was such an unlikely situation; and everything happened at such a quick pace that everybody involved was under undue stress. It was a tragic situation and it caused the hospital staff to think outside of the box. Tarika was great at dealing with the horrible situation on hand, despite what was happening. I can’t wait for all of you to tune into the series and meet Tarika!” The staff at Memorial Hospital were forced to contemplate unthinkable decisions of rationing care and weighing the survivability of patients. “This was a circumstance like no other, and the entire staff were in charge of taking care of the patients as time and resources were running out. At a certain point, it became a matter of survival for almost everybody. I had to see myself, Malube, as a nurse and ask myself what I would do, and then switch it to what Tarika would do and feel, based on who she is and how her role as a nurse would fit with everyone else in this situation. I love the way this story was told because it does pull you in each character’s journey throughout the five days at the hospital. There are so many nuanced emotions that the staff, the patients and those staying at the hospital were feeling. You’ll be swept up by their internal journeys.”

The tragedy, along with the trauma left in its wake, forced the hospital system to take a long hard look at itself. “The effects Hurricane Katrina had on Memorial Hospital was a wakeup call for the kind of care and security hospital staff receive when natural disasters occur at hospitals and when resources are not available to provide a safe environment, especially when there are events that we simply cannot predict because they’ve never been in our sphere. The show does such a wonderful job of depicting the psychological effects of the staff that were present at Memorial Hospital during the hurricane. As audience members, we get to witness the staff members of Memorial Hospital experience the harsh realities of their lives turned completely upside down and how they deal with it. It’s another opportunity to place ourselves in a situation that, for most of us, can’t be looked at objectively.” Beleaguered hospital workers are unfortunately nothing new in our pandemic present and points to just how much society depends on nurses to shepherd us through the extreme and unpredictable. “These occurrences are foreign to us as a society; we forget that these occurrences are also foreign to nurses. How can you either provide cautionary measures or immediate care for something you’ve never seen or heard of before? While I can’t speak on the COVID-19 pandemic protocol in hospitals, what I can say is that these moments in time take everyone by surprise. There’s a difference between learning about hypothetical situations and actually experiencing it on a visceral level: psychologically, mentally, emotionally. That’s how humanity is connected; there are a lot of things that we are going through for the first time as a collective.”

It’s an important reminder to honor frontline workers in our everyday lives. “I think there’s been an internal shift for most of us when the pandemic started, and the lives and serviceability of hospital staff was brought to the forefront of everything. We still continue to rely on hospital staff to keep our society afloat today, as we did before. The only difference is, hospital staff would be in the spotlight and then the spotlight would disappear and we go back to our normal day-to-day lives. We need to keep the spotlight on, is my point. Hospitals are a necessary part of our lives; an establishment that we need to survive. You should hospital staff that have helped you, even keeping in contact with how they are doing (through the hospital, of course), a nod of acknowledgement, sending a meaningful card, donating and participating in hospital programming available to the public. I always say that one simple ACTION goes a long way, not just a thought, but an action tied to the thought. One of the questions I asked myself while playing Tarika was ‘What would a normal day be like, at the hospital?’ The answer is, there’s no such thing.” Tarika invigorated Malube to seize and savor each day. “Tarika is so great at bringing laughter to any situation. She’s a light; looking at the positive side of situations. Tarika has taught me that everyday is unpredictable, but it’s up to you to make the most of what your day has to offer. Tarika takes action a lot faster than I used to, and it’s in playing her that I realized that she had such unwavering belief in herself, her work, her peers and what the hospital stood for. She was so devoted and she didn’t let anything get in her way. She, like many of the staff at Memorial, were incredible.” Nurses are the unsung heroes that deserve so much more than performative accolades after catastrophe. When our world is shattered, we can count on nurses to be there to pick up the pieces. 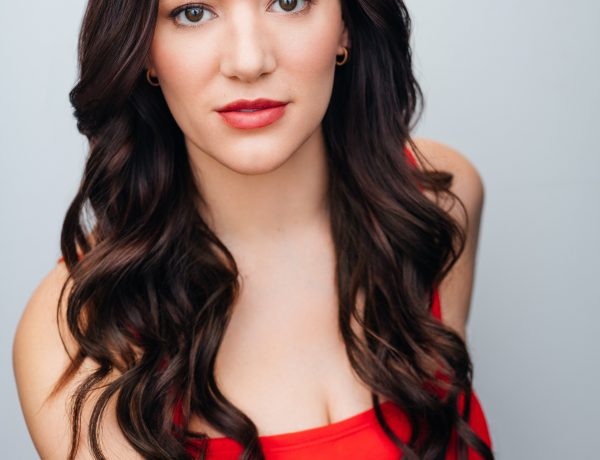 Alisun Spreads and Expands Love in New Single, “Around the World”

4 Ways To Ensure Your Employees Feel Safe At Work