Founder and President of G-Loves Hedda Royce is the real Superwoman to ladies in the world of fitness. This Connecticut native and Business School graduate followed her dreams in creating women’s workout gloves that fit properly and look great. This certified personal trainer accredited by the American Council on Exercise (ACE) and the Aerobics and Fitness Association of America (AFAA) has the brains, strength, and looks. From Los Angeles, Royce talks to us about her determination for her business, her passion for weightlifting, and her joy of drawing comics. Check out the Hedda Royce interview below!

Cliché: You graduated from Tufts University in Massachusetts. Are you from the area?
Hedda Royce: I was born in Connecticut, but I went to Massachusetts for college and I worked in investment banking after I graduated. I actually moved back to Connecticut when I went to Business School to get my MBA.

How did you get the idea to start G-Loves?
After I received my MBA, I didn’t feel like I was inspired by anybody that I met or any companies. I’ve been dreaming about the gloves since I was 10 years old because I played tennis and started lifting weights to balance my body. When you play tennis, you use your dominant hand when you hit the ball, so one half of your body gets developed and the other half doesn’t. I was introduced to a weightlifting program and that’s when I fell in love with it. I was always looking for gloves because my hands were so tiny and small, and I could never find anything that worked. I kept talking about it over the years as I lifted weights: “Why can’t anyone make gloves? Why can’t anyone do this business?” So I just decided, you know what, that’s it, I’m going to do it! Up until I made gloves, I really felt like the women’s gloves that were made were basically men’s gloves cut smaller. Women’s hands are much more narrow, I think they just used men’s gloves and scaled them down instead of making them thinner around the width of the hand.

G-Loves is such a cute and slick name. How did you come up with it?
Oh my god—many years ago, when I was maybe 15 or 16, I thought, “If I made my own gloves, I’d call them G-Loves.” The glove idea was something that I abandoned, then came back to. I would always work out and think of it, and then I decided to fuse all my passions together. I’m a business graduate, so I know a lot about finance, and I love fitness. The love of my life and passion is lifting weights, so I combined all these skills.

Do you sell your products in any retail stores?
We don’t carry our products in any major chain stores, but we would love to be in Sports Authority or Dick’s. As of now, I have distributors in Australia, South Africa, and Canada. There’s a couple little gyms in Los Angeles that carry them and there are boutiques around the country in North Carolina, Florida, and Iowa that found me and wanted to carry G-Loves. It’s a whole different animal when you’re dealing with such a specific product.

What is your favorite glove that you have designed?
I love the Purple Rain glove. I named it after the Prince song from the 1980’s.

How many times a week do you work out?
Every day, twice a day, I make time to work out. I work out for an hour in the morning because I usually take a Pilates class, and then at night I do cardio where I run and lift weights for another 30-90 minutes, depending on how much energy I have. I used to compete in shows, but I can’t train anymore with my schedule for work. I just try to eat every two hours. I eat very healthy, clean, and drink a lot of water.

What are some of your hobbies when you aren’t working out?
I like painting. I paint with acrylic and I like to paint mostly cartoon characters and comic book stuff like He-Man and the Masters of the Universe because it’s all muscle men. I also like Spider-Man, Superman, all the different comics. I also draw with stencil and charcoal, but as far as painting, I like to do more whimsical stuff.

Are you working on any other products to add to your line?
We recently added weightlifting belts to the company. I just kind of feel that I should stick with the niche that I have because it’s doing really well. 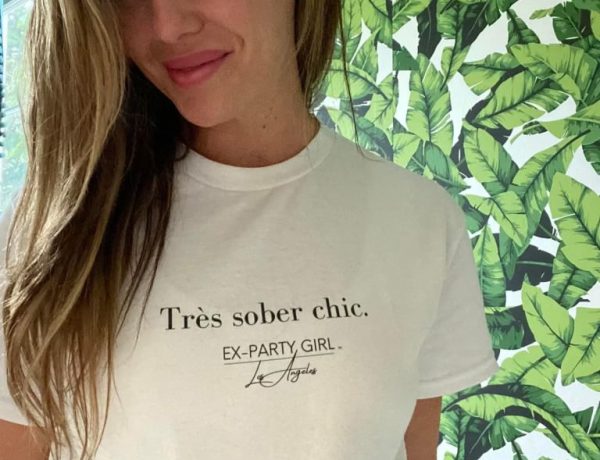