Can the Fashion Industry Sustain the Growth of Menswear?

We are experiencing radical changes and shifts in 2020; the current COVID-19 pandemic is still enveloping the globe, forcing us to seek refuge within the confines of our own homes; people around the world are protesting, promoting conversations about what is right or wrong. Also, men now love buying clothes.

Yes, it’s true—but also not surprising. Gone are the days when men would scoff at the thought of spending hours at a clothing store. The fashion industry is also experiencing changes, and men are now in the spotlight. The Menswear industry is growing at an unprecedented rate; in fact, many analysts have forecasted that it will surpass womenswear by this year.

Many brands and companies have reaped the benefits of the current menswear boom. Luxury fashion brands such as Louis Vuitton and Balenciaga invested heavily in the menswear space, and now male consumers make up a considerable portion of their sales. On the other hand, retail giants like Nordstrom are now starting to open stores tailored for men.

Concerning brands, menswear focused labels have been surfacing like flowers blooming in the spring—but with no sign of it ever ending. Such brands include AMI, a French menswear label by renowned designer Alexandre Mattiussi who offers a casual yet chic approach to men’s clothing. Simultaneously, formerly womenswear-only focused brands like Alexander Wang and Stella McCartney are switching their attention to menswear. The people at the top of the fashion chain are certainly buying into menswear.

Perhaps it was inevitable for this to happen; men have always been style-oriented, from the sartorial ensembles of the 20th century to today’s streetwear-meets-luxury hybrid. The question is, why is it only starting to happen now? Is it because of the digital world and online shopping? Or is it a case of empowerment through clothing? To get a sense of the growth of the menswear industry, maybe the answer lies in the rich history and tradition of it’s past. A more profound question arises from that understanding: can the fashion industry sustain the growth of menswear?

Looking into the past century of menswear is enough to gain an understanding of how the menswear industry operates. Up until the 1960s, men wore clothes based on a borderline dogmatic set of rules that varied based on the decade. For example, in the 1930s, the Great Depression caused many men to lose their jobs, which inadvertently forced the fashion industry to be more conservative and practical. Instead of the elegant European attires taken straight out of Oxford University from the previous decade, men opted for oversized suits with padded shoulders and peaked lapels. Regardless if they were ill-fitting, men idolized influences like boxers or swimmers who possessed the “ideal man’s body,” and everyone conformed for the pursuit of acquiring the same look.

“There is no one-size-fits-all in today’s fashion world, and men are benefitting from that.”

In the ’60s—an age of rebellion—that all changed. Brought upon by the Ivy League style of clothing, men decided to abandon conservatism and went straight to the other direction: self-expression. There were no rules, no pre-defined notions of what one should look like; men started to wear what they wanted to wear because it was an extension of their personality.

Around the turn of the 21st century, the internet had taken off. Almost everything was online, including the dawn of the social media era. In 2009, the “menswear blogosphere” was born with the first blogs that directly talked to users about menswear. Notably, Men.Style.com by former Fashion Editors Tyler Thoreson (Editor-in-chief of Digital at Ralph Lauren) and Josh Peskowitz (VP of Men’s Fashion Direction at Moda Operandi) was one of the first menswear blogs that had a unique voice. Men.Style.com featured then up-and-coming brands like Rag & Bone and Billy Reid and was instrumental in giving menswear a respectful reputation. (GQ later incorporated Men.Style.com into their website.)

Men.Style.com wasn’t alone in educating the newly initiated menswear audience. Message boards like Ask Andy About Clothes and StyleForum gave users online a platform for talking about the clothes and brands that they like—a precursor to today’s Male Fashion Advice subreddit. Interestingly, menswear fanatics turned to these forums to talk about technical terms like “Sprezzatura“ or conversations about different subcultures in menswear.

Precisely, that is what made these original menswear blogs successful: conversation. Male users online finally had a chance to interact with people around the world who shared the same passion for menswear—a sense of being part of a community. These blogs gave rise to the #menswear movement (pronounced “hashtag menswear”) during the peak of the Tumblr era.

Take Lawrence Schlossman, who is currently the Brand Director at the online marketplace Grailed. Schlossman, who not only works at Grailed but is also a co-host of the often hilarious yet informative conversational podcast Throwing Fits, also started with blogging. He began with his Sartorially Inclined blog and transitioned to the How To Talk To Girls At Parties Tumblr blog, where he was and still is one of the loudest advocates for menswear.

Unfortunately, the hashtag menswear golden age reached its demise with the decline of Tumblr and with menswear being in all different circles nowadays. In recent years, we have seen streetwear rise to the occasion and sweep the fashion industry, with brands like Supreme and Off-White promoting a new age of self-expression and exclusivity. In terms of exclusivity, online users desire clothing that celebrities wear on Instagram. To round it all up, various avant-garde brands offer clothing that pushes the boundaries of what clothing can be, with legendary brands as Comme des Garcons and Yohji Yamamoto.

That is where we are today: there are endless possibilities to show off one’s style. There is no one-size-fits-all in today’s fashion world, and men are benefitting from that. The reason why menswear is in its current state is that men now have the option to be themselves through their clothing, and they can do it any way they want now with brands buying into it.

But how should the fashion industry stop this from being just a trend? Digital Intelligence Firm L2 offers some suggestions with one main idea: cater to the male customer online. “As demand for menswear continues to grow, it is essential for brands that carry both men’s and women’s products to target men both on-brand site and in digital marketing across the web,” said L2 in a report released in 2018. From an even broader perspective, brands should target the “digital world” itself, with technological advancements like VR and AR being a possible future of shopping of sorts. Or perhaps a crazy idea: the ability to buy clothes online straight from a runway show. Crazy, but the possibilities are endless.

Regardless of how it all plays out, menswear will continue to grow from here, and it’s not only up to the fashion industry to handle its growth but to the general male audience as well. Fashion may be evolving, trends circulating, and shifts to fashion week being advocated by different parties, but one thing’s for certain: it won’t be a surprise if menswear will soon be at the forefront of Fashion.

Maternity Fashion 101: How to Look Cute in Maternity Outfits 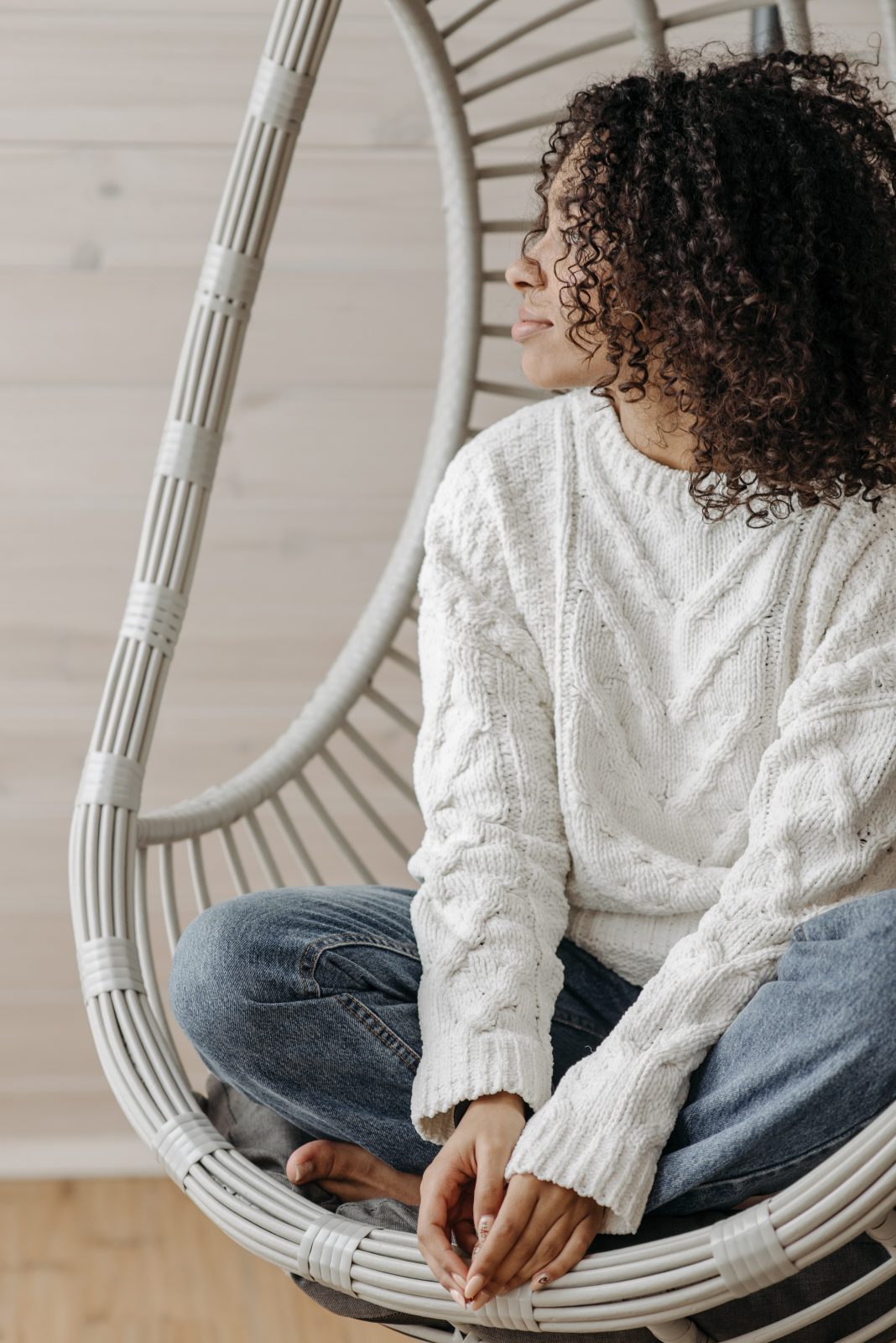 Transforming Your Wardrobe After Having A Baby 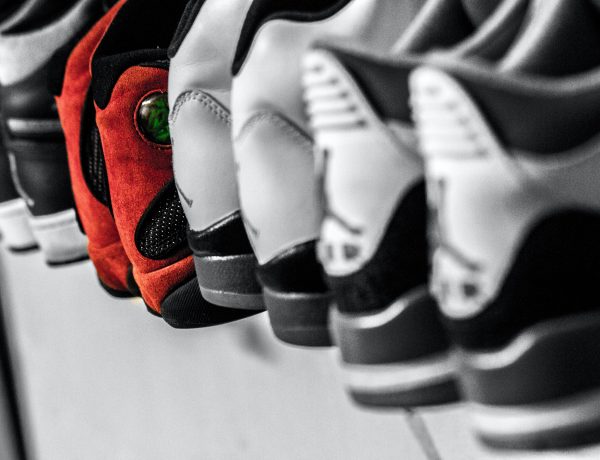 An Informative Guide to Starting Your own Sneaker Collection

The Exclusive Premiere of Wolf Rd's 'A Twisted World'

9 Simple Ways to Live Cheap Without Looking the Part