From the Seas to the Streets: the Barbour Brand’s Royal Influence

Download: From the Seas to the Streets: the Barbour Brand’s Royal Influence

At its very core, people wear clothes for a function. Whether it’s wearing a blazer for a night out with friends or an Arcteryx parka in the harsh freezing terrain of Mt. Everest, the environment and event dictate the clothes that we wear.

But sometimes clothes no longer get associated with their function, and instead, they become attached to their influence. One brand that designs these clothes is the British outerwear brand, Barbour — most famous for its water-resistant and durable Waxed canvas jackets. Barbour jackets are worn around the globe across different levels of society, especially in areas where it could get rainy and cold. For many people, a Barbour jacket is the perfect Fall jacket: versatile, functional, and high-quality. But, what’s most interesting about the brand are its beginnings as an outfitter for motorcyclists and sailors and its movement towards modernity through the blessing of the Royal family themselves. The Barbour brand is now synonymous not only with function but its influence as well. From the seas to the streets: the Barbour brand’s royal influence is not only stylish but is a representation of clothing with a profound meaning.

In 1894, Barbour was founded by John Barbour as J. Barbour & Sons in 5 Market Place — located in the coastal town of South Shields in the Northeast of England. From the very beginning, the brand became famous for its Waxed Canvas jacket, created by combining linseed oil with Egyptian Cotton with not only made it durable but water-resistant as well. Moreover, Barbour perfected the waxing process which made them a league of its own; their competitors’ jackets weren’t breathable and cracked under low temperatures while the Barbour Jacket remained comfortable even during harsh weather.

Barbour jackets were first popular among seafarers and outdoor professionals, then farmers and other country folks with the introduction of Barbour’s mail-order catalog in 1908. Produced by John Barbour’s son, Malcolm Barbour, the catalog consisted of long coats and riding capes, which featured the sought-after waxed canvas material. Barbour excelled at outerwear; its in-house outerwear brand was called “Barbour’s Beacon” and was the most popular category within the mail-order catalog. The catalog was so successful, that by 1917, it accounted for 75% of the business including international orders from China, South Africa, and Hong Kong.

A decade later, the brand caught the eye of motorcyclists and became the standard jacket for British racing teams until 1977 when Barbour stopped supplying the motorcycle clothing market. This was made possible due to Duncan Barbour — the grandson of John Barbour — who brought his enthusiasm for motorcyclists when he joined the company in 1928.

The Barbour Ursula Suit made famous by Steve McQueen. Photo by @pinksugar on Instagram.

It was in its functionality that made Barbour popular among its audience, and it would soon take the brand to the next level when it supplied the British Army in World War II. During the war, Malcolm Barbour and Duncan’s wife Nancy took over the company when Duncan was called to serve in the army; these two leaders of the company were responsible for developing the Ursula suit, which became the standard outfit for members of the submarine service and is popular because it was worn by Submarine Commander, Captain George Phillips.

Barbour’s clothes not only make for a style and function investment, but they make you feel like you’re a Prince hunting for game in the woods

Suddenly, Barbour gained a new upper-class audience when they received a Royal warrant in the 1980s from Queen Elizabeth and the Prince of Wales, granting them the opportunity to supply the royal court with Barbour clothing. During this time, Princess Diana was spotted wearing a Barbour coat, which convinced her peers to also sport the brand’s clothing. The opportunity that Barbour attained is a textbook example of how fashion moves through different levels of society; what started as clothing marketed for outdoor professionals were now worn by the upper-class members of society because of influence. In this case, there is no better influence than the Royal family.

These events signified Barbour’s movement to a modern menswear fashion company, and soon even celebrities would start wearing its clothes. During the 2007 Glastonbury Festival, celebrities such as the Arctic Monkeys’ Alex Turner and Lily Allen wore Barbour jackets while performing. Barbour jackets weren’t just fit for the outdoors, but anyplace where you just wanted to look stylish.

While Barbour produces a wide range of clothing — from coats to trousers — their most popular items are their Bedale, Beaufort, and International Jacket. The Bedale and Beaufort were designed by Dame Margaret Barbour, the current chairman of J. Barbour & Sons; the Bedale is a short, lightweight jacket which features a 6oz water-resistant waxed canvas with signature Barbour details such as a corduroy collar and two-way pull brass zip; the Beaufort, on the other hand, is a wide-fit jacket based on French shooting jackets with raglan sleeves. Perhaps an iconic Barbour item is the International Jacket, made famous by arguably the coolest man of the ’60s, Steve McQueen, who wore the jacket during the 1964 International Six Day Trials race in East Germany.

Barbour Jackets are now in the same league as other iconic menswear items like the Harris Tweed Jacket — quite coincidental considering both became popular during the Ivy League Style era of the ’60s. Barbour’s history and influence have enabled them to collaborate with other brands in the modern era such as the Rowing Blazers x Barbour collaboration which featured a split-tone Barbour waxed canvas jacket in Navy and Olive. Most recently, Barbour collaborated with Streetwear brand Supreme on a range of waxed canvas jackets in bright orange. With collaborations such as these, it won’t be a surprise to see Barbour jackets gain hype soon.

It is not a denial to say that people wear clothes to look good, but it’s an entirely different feeling when clothes mean more than what they seem. Barbour’s clothes not only make for a style and function investment, but they make you feel like you’re a Prince hunting for game in the woods — the same feeling the Prince of Wales did when he wore the same Barbour Jacket as you. 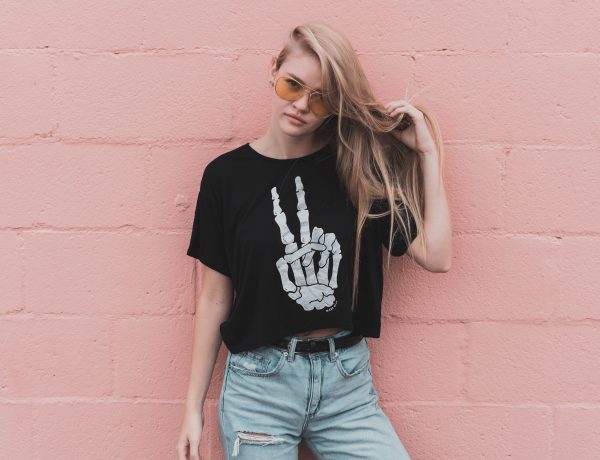 Is it Easy to Design and Print Custom Clothing?