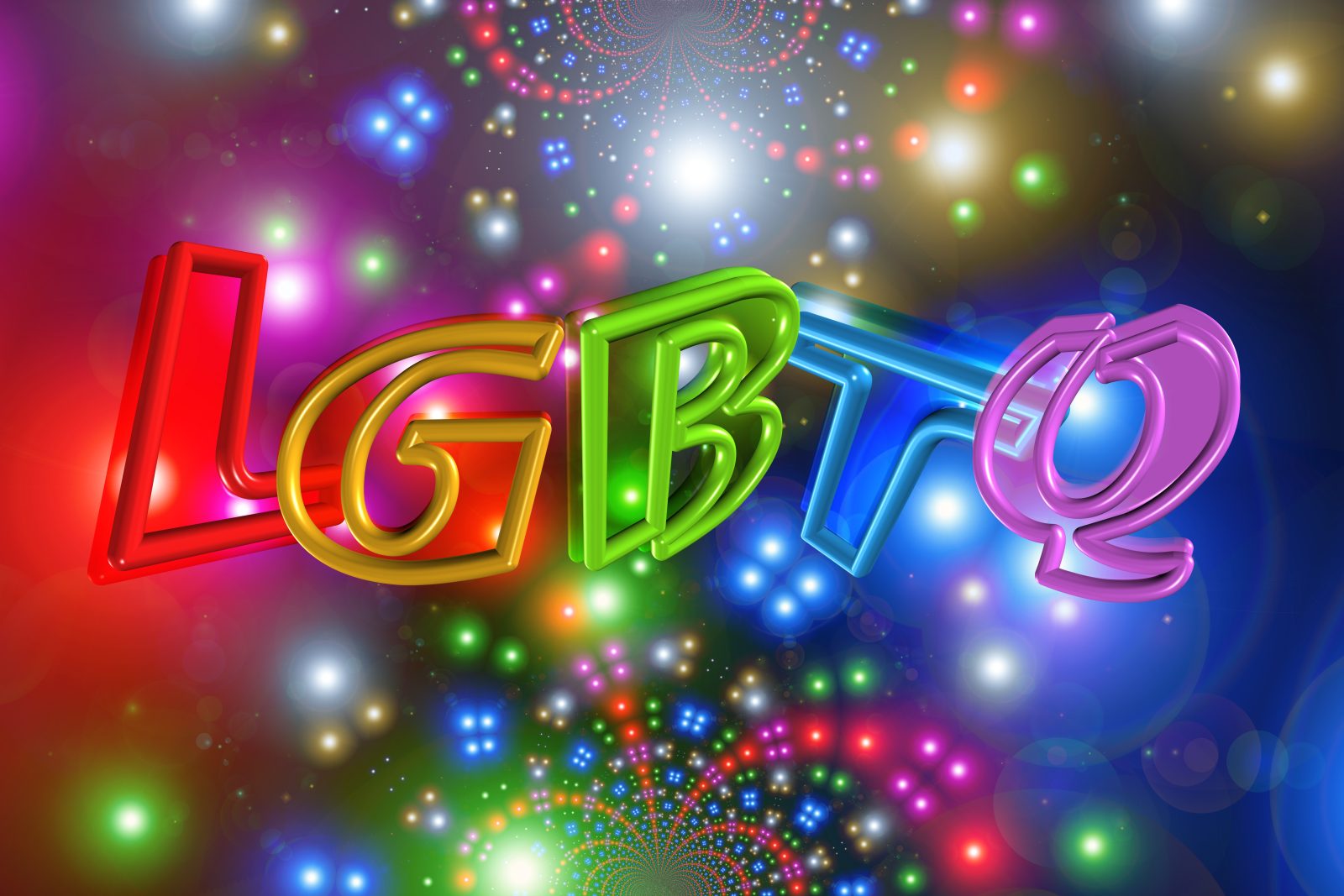 Today we want to talk about the fabulously rich history of LGBTQ in fashion. We all see them now either on our television screens or on popular video platforms on the Internet. Represented by some of the biggest fashion industries in the world like Dolce & Gabbana, Louis Vuitton, Armani, and others, gay men and women are now seen as brilliant creators and innovators in the world of fashion.

But things weren’t exactly as fabulous and accepting back then. Over a hundred years ago, these wonderful people would be celebrating their wonderful creations in hiding, fearful over the fact that people misunderstand them. However, love conquers all; even the violent emotions of misinformation, hate, and prejudice are no match against the creativity and passion emanating from those fashion trendsetters.

Fashion and the LGBTQ Community – How it All Started 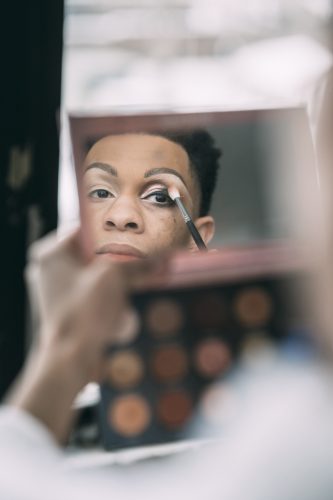 Photo by Greta Hoffman on Pexels

There is a prevailing question among people who are curious about the LGBTQ’s standing with fashion. Why are there so many gay people who work in fashion? And is fashion always connected to being gay?

The answer to these two questions is quite unique. According to an interview done by Paul Hiebert to Valerie Steele, the co-curator of A Queer History of Fashion in 2017, it is revealed that “…gay people, in general, have been interested in using fashion and style as a way of fitting in and communicating with other LGBTQ people.” So basically, gay people use fashion as a way of signaling other gay people while mingling in a society that is full of prejudice and beset by homophobia.

But one may start thinking that in history, there are many ancient societies that allowed homosexuality as part of the norm. Take ancient Greece and Rome, for example. If one were to look at their art, their sculpture, and even in classic literature, homosexuality is often explored and accepted, at times. But if one were to take a closer look, there is still an emphasis on the strength of the ‘normal’ sexes over homosexuality. Both ancient Greece and Rome have certain rules over the love for the same sex, but there is no acknowledgment towards the “third sex”.

The only true time where gay people felt equal was when they were together with, of course, other gay men. In the 18th century, there are many cities in Europe that created small, but secret homosexual subcultures. In London, its homosexual subculture was built around public houses and inns where gay men congregated. Many of these gay men or “mollies” would wear gowns, petticoats, fine laced shoes, furbelowed scarves, and masks as a way to identify themselves to other gay men as a form of socialization or to find potential partners.

This type of crossdressing prevailed all the way till the nineteenth century. In the 1920s, the Harlem drag balls were built, giving gay men and lesbians a safe haven to crossdress. By the 1950s, the Arts Balls were established and it was a place where homosexuals could enjoy the opportunity to express themselves. These parties are not just for socializing, but as a means of entertainment as well for gay people.

Of Plucked Eyebrows and Rebellion 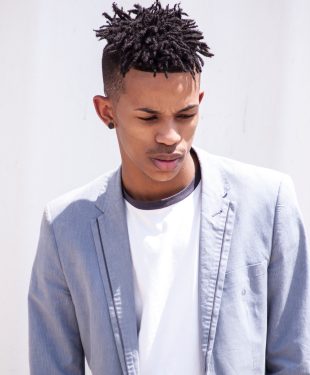 Photo by HUST WILSON on Unsplash

In the past, there were countries that were not as accepting of cross-dressing gay men. For overt gay men, cross-dressing could be considered as going too far in expressing themselves. These gay men often resorted to wearing cosmetics to identify themselves with other gay men.

The cosmetics can range from plucked eyebrows, rouge eye makeup, and peroxide blond hair. These cross-dressing gay men who were makeup and plucked eyebrows who love performing in these secret drag balls were the first drag queens and their fashion sense would soon become a symbol of rebellion against a homophobic society.

In the late 19th/20th century, the male dress became the symbol of protest by lesbian women who were against the status of women and the role assigned to them by patriarchal societies. During this time period, lesbian women would wear men’s clothes in an attempt to pass off as one of them and be accepted.

In fact, famous gay people resorted to cross-dressing so that they can be treated seriously. Bisexual film stars Greta Garbo and Marlene Dietrich wore masculine clothes on and off-screen

Interestingly enough, gay men also started to swerve towards the path of open rebellion. Tired of being bullied in school and at the workplace, gay men are now looking for a way to be identified for their rebellion as well. Instead of wearing high heels, blond hair, and garish makeup, homosexual men started wearing the fashion of the older epitomes of masculinity, Suddenly, gay men began wearing lumberjack clothing, cowboy hats, and boots, leather jackets, and the construction worker’s denim pants.

This sudden fashion movement gave rise to a new style; the clones. This fashion style was all about showcasing the contours of the male masculine body; tight Levis jeans, work boots, plaid shirts, short haircuts, and mustaches.

The Menswear Revolution and Beyond 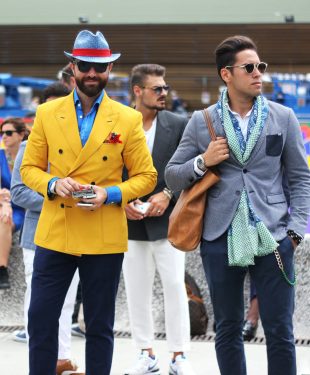 Photo by Mariya Georgieva on Unsplash

Before the “menswear revolution” of the 1960s, it was a rather unfair yet acceptable logic that men who are interested in fashion are to be considered homosexuals. When the 1960s came, it was suddenly cool for young men to be interested in fashion. All of a sudden, men cared about appearances. There was now a demand for actual masculine guys to look hip and cool with their leather jackets and denim jeans.

The great fashion change came further during the 1980s and 1990s. Fashion magazines were becoming popular, with new magazines popping out and catering to heterosexual men. However, if one were to look at these magazines, the influence of gay fashion can still be traced. Suddenly it is okay for men to wear lipstick during photo shoots and the need to wear perfume and stylish clothes is considered desirable not just by homosexuals only.

It was also during this time period that gay people became the driving force of some of the world’s biggest fashion industries. It was during this time that famous fashion figures such as Christian Dior, Cristobal Balenciaga, Yves Saint Laurent, Norman Hartnell, Halston, Rudi Gernreich, Gianni Versace, and Calvin Klein rose to prominence.

The Future of LGBTQ and Fashion 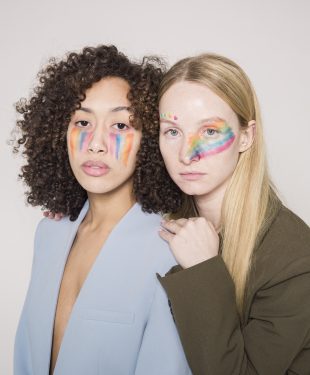 Photo by Michelle Leman on Pexels

Today, the LGBTQ is enjoying the freedom and respect that it truly deserves. More and more gay people are openly working not just in fashion companies, but in other industries as well. Anyone and everyone can now enjoy wearing and exploring their own fashion sense today thanks to the multitude of fashion companies that are still being influenced by creative fashion ideas.

This and other contributions made by popular gay people eventually gave homosexuals the freedom to marry each other. On April 1, 2001, Netherlands became the first country in the world to legalize same-sex marriage. It was followed suit by 29 other countries, including Italy, the country where most of the famous fashion brands are located.

In fact, when the same-sex marriage law was approved by the Italian Senate on February 25, 2016, Dolce & Gabbana immediately held a huge fashion event a few days later in celebration of the said momentous occasion.

Every year, fashion companies also celebrate together with the whole LGBTQ community every year with Pride Month. Since this year’s Pride Month was celebrated last June, here are some of the activities sponsored by today’s fashion giants:

●      Balenciaga launched its Pre-Fall 2021 Collection, with 15% of its sales going to The Trevor Project.

●      Dr. Jill Biden, First Lady of the United States, wore a Dolce & Gabbana patchwork dress from the Spring 2021 Collection while together with President Joe Biden on June 25. The President also gave a speech in support of LGBTQ and Pride Month. Apart from this, Dolce & Gabbana also showcased short videos that supported Pride Month, together with its Light Blue Story: Light Blue Forever perfume campaign. The videos were well received, with over 145,000 Likes and 2000 Comments.

●      Coach launched its “Pride is Where You Find It” campaign, spearheaded by a new episode of Coach Conversations fronted by Bob the Drag Queen and more.

●      Versace, together with Lady Gaga’s Born This Way Foundation, released the Born This Way campaign. The campaign’s highlight was the replica jacket that the singer wore during her “Born This Way” Ball Tour.

While most of the world is already accepting of LGBTQs and their sense of fashion, there are still parts of the world where acceptance is still a far-off concept. Nevertheless, there is always hope, for as long as everyone treats each other with respect, rather than with hostility.

Fashion companies are still hoping that through their creation, everyone in the world will come to accept the concept of universal love. Where everyone can accept one another and love each other, no matter what preference they choose. With October as LGBT History Month, may we all share information and love, not lies and hate. Because this world is full of beauty and hope, whether we celebrate it inside and outside of ourselves.

Because in the end, we are all human beings. Despite our color, age, race, and preferences, we all look the same and feel the same.

Why the Breton Weekender is the Perfect Getaway Bag