Black History Month: Black Designers from the Past and Today that Should be Remembered After February

Let’s make way for Black History Month and these black designers that certainly deserve recognition after February. These designers have captivated the fashion world each stitch at a time. Their lines are provocative, unique, and absolutely beautiful. The fashion world should be just as diverse as the people it is meant to dress. These designers not only established that rule, but tirelessly made it their own.

How could we begin our list without including historical figures first? Zelda Wynn Valdes is a name you ought to know. After working in White Plains, NY with her own dressmaking business, she eventually moved her talents out to Broadway with her studio Zelda Wynn and became the first black-owned business on Broadway in 1948. Her clients included the very famous Ella Fitzgerald, Dorothy Dandridge, Gladys Knight, Joyce Bryant, and many more. She even designed the entire bridal party of Maria and Nat King Cole in 1948. In 1960, the first Playboy Club had its opening, featuring the original Playboy Bunny costume designed by the talented Zelda Wynn Valdes.

The 60s and 70s represented a time in American fashion that rang electric, wild, and eccentric. There in the center of it all was Stephen Burrows. He started his career in fashion by studying at the Fashion Institute of Technology in NYC, graduating by 1966. Shortly after, in 1968, Burrows began working with the epitome of fashion and art in the late 60s/70s, Andy Warhol. Some years later, he was the only black designer to participate in the historic Battle of Versailles of 1973 among four other American designers against five French designers. Later that year, his lingerie line “Stevies” was sold in stores across the country including Bonwit Teller and Lord & Taylor. His clothes since then have been worn by Farrah Fawcett at the Academy Awards in 1978, Brooke Shields, Barbra Streisand, Cher, Bette Midler, Jerry Hall, and even Michelle Obama.

“Patrick landed like a bomb in my shop in 1985. He was so gay and so full of energy, and so were his clothes,” is exactly how a store buyer from the Victoire boutiques in Paris described Patrick Kelly. After working out of a thrift shop in Atlanta where he would modify coats and dresses, he connected with Pat Cleveland  who implored him to move out to Paris. There, his energy and talent brought him almost immediate success. By 1985, Kelly was selling his clothes to the Victorie boutiques in Paris and had a six page spread in the French Elle Magazine in the month of February. He designed clothing for celebrities such as Bette Davis, Madonna, Paloma Picasso and Grace Jones and engaged in a collaboration with David Spada (where Kelly created one of his most famous designs which is now displayed in the Philadelphia Museum of Art).  By 1987, Warnaco began manufacturing Patrick Kelly’s clothes which put his designs in stores worldwide. Then, in 1988, Kelly was admitted into the governing body of the French Fashion industry: Fédération française de la couture, du prêt-à-porter des couturiers et des créateurs de mode (French Federation of Fashion and of Ready-to-Wear Couturiers and Fashion Designers).

Now, repeat after me: Rihanna, our lord and savior, what can you not do? Help the rest of us feel sexy, confident, and empowered. Worry not, because

Rihanna certainly delivered. Starting in September of 2017, the Beauty Queen herself launched the cosmetic brand that took inclusivity to an untouched level. Fenty Beauty blew our frustrations to dust with 40 shades spanning from paler tones to deeper tones and smacks every lovely shade in-between. Now with Savage X Fenty, Rihanna has a line of beautiful lingerie created to fit the unique bodies that are carried by all of us. Not only are her designs sex-positive, but the models she chooses to cast represent a sweeping range of looks and shapes. Rihanna’s Fenty Empire is leading a revolution that we should all want part of.

Back in the fall of 2013, Nas introduced his clothing line, HSTRY, to the world. Through his design, Nas brought us back to a history often neglected. His clothing rings a nostalgia that represents his childhood, his young aspirations, and his culture. While many Americans can relate to that even today, they often can’t find the essence of that culture in other fashion lines. Nas brings it to life in each collection of HSTRY, including the Black Hstry Scared Hoodie and the Black HSTRY Excellence Tee which represents the power and importance of black history, present, and future. His design and passion brings a deeper meaning to the idea of fashion as a vessel for ideas and movement.

While fashion week is traditionally a time to show off bright colors, intricate design, and innovative style, Kerby Jean-Raymond (founder and designer to Pyer Moss) used his platform to bring attention to a more serious issue in our country. During the Spring 2016 Fashion Week, Kerby Jean-Raymond presented his Pyer Moss Menswear Collection which included designs and works of street art that brought attention to the Black Lives Matter movement. He brought something larger than fashion to his stage and to his art.

If you are looking for the pop of high fashion at an affordable price in your life, then you have got to check out Tracy Reese. Her clothing can be found in Anthropology, Nordstrom, Modcloth, Neiman Marcus, and many others. Tracy Reese first launched her label in 1998 in New York City where she continues to create vibrant colors and patterns in her textiles and consistently keeps her products at an inexpensive price. Her colorful, playful designs are pulled together through class and femininity. Celebrities such as the beloved Regina King and the former first lady Michelle Obama are photographed proudly wearing her pieces to major events.

Last, but certainly not least, on this list is a designer who eradicates the way we typically place black women in history. Through fashion and design, Fe (Felisha) Noel puts powerful images of black women in place of otherwise European ideals and depictions of history. Her Oshun Slip Dress has taken the internet by storm as views are fascinated and struck by the beauty and elegance had by African goddess Oshun in place of the traditional Venus illustration. The rest of her products are drenched in patterns and colors just as vivacious as her message and passion. Fe Noel is a groundbreaking brand of fashion that explores the history of the world through a more inclusive and accurate depiction of humanity.

Black History Month: Black Designers from the Past and Today that Should be Remembered After February: Image Credits: huffingtonpost.com, zimbio.com, fashionmodeldirectory.com, billboard.com, theurbanbuzz.com, nytimes.com, blackbridabliss.com, fenoel.com

From Simple to Simply Stunning: How to Accessorize a Black Dress 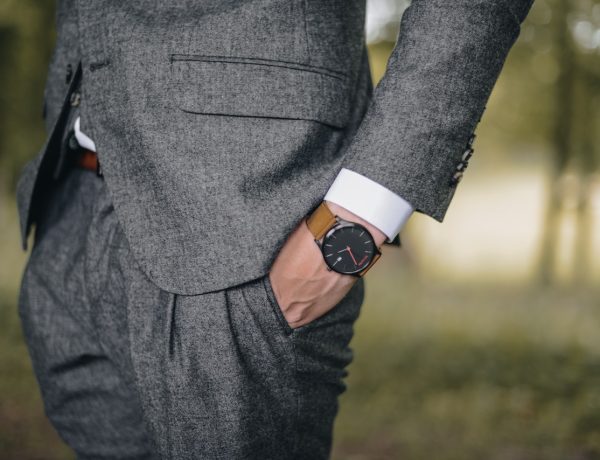 How to Find the Best Outfit That Meets Your Needs