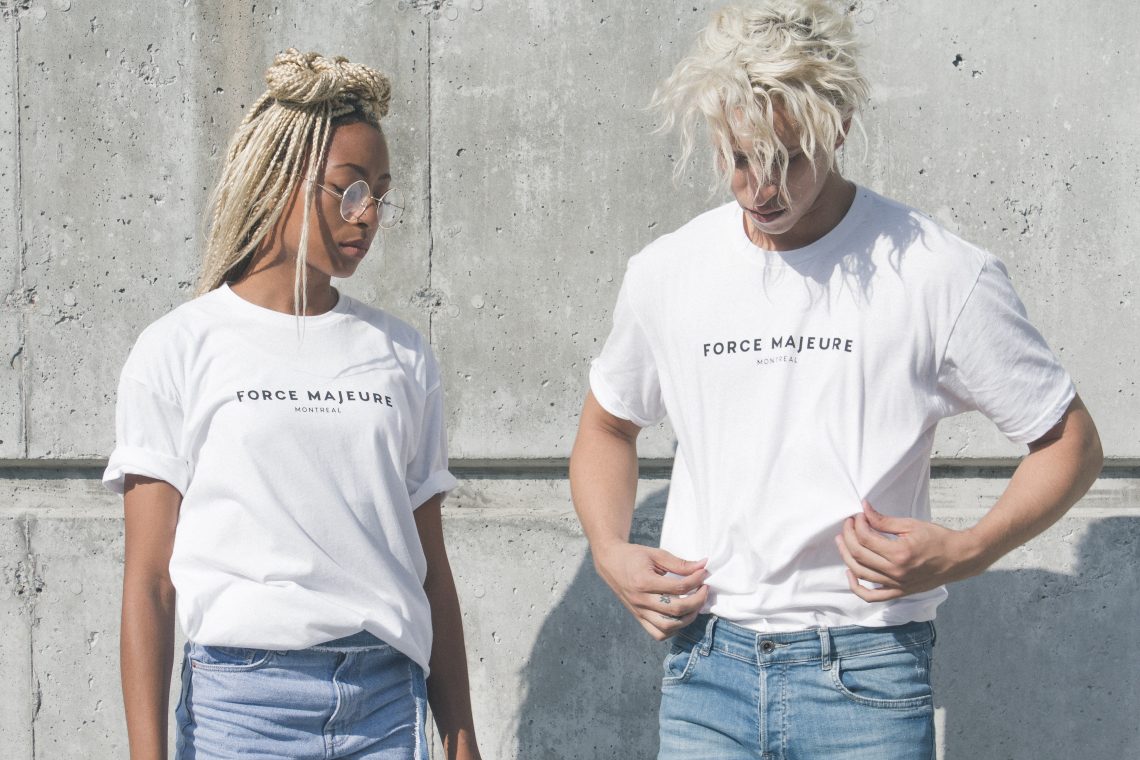 As urban culture continues to become more mainstream around the world, the line between streetwear and luxury fashion is actually starting to blur to the point of being almost indistinguishable. If you visit any high fashion store or browse through any online catalog, you’re bound to encounter examples of the growing “streetwear x luxury” trend.

It seems that everywhere you turn, urban culture is fusing with high fashion at an astounding pace. What sparked this movement, and how long will it continue? Are streetwear brands making a permanent transition into the luxury market? We’ll aim to answer those questions and more in this detailed look at the ongoing merger between streetwear and luxury fashion: 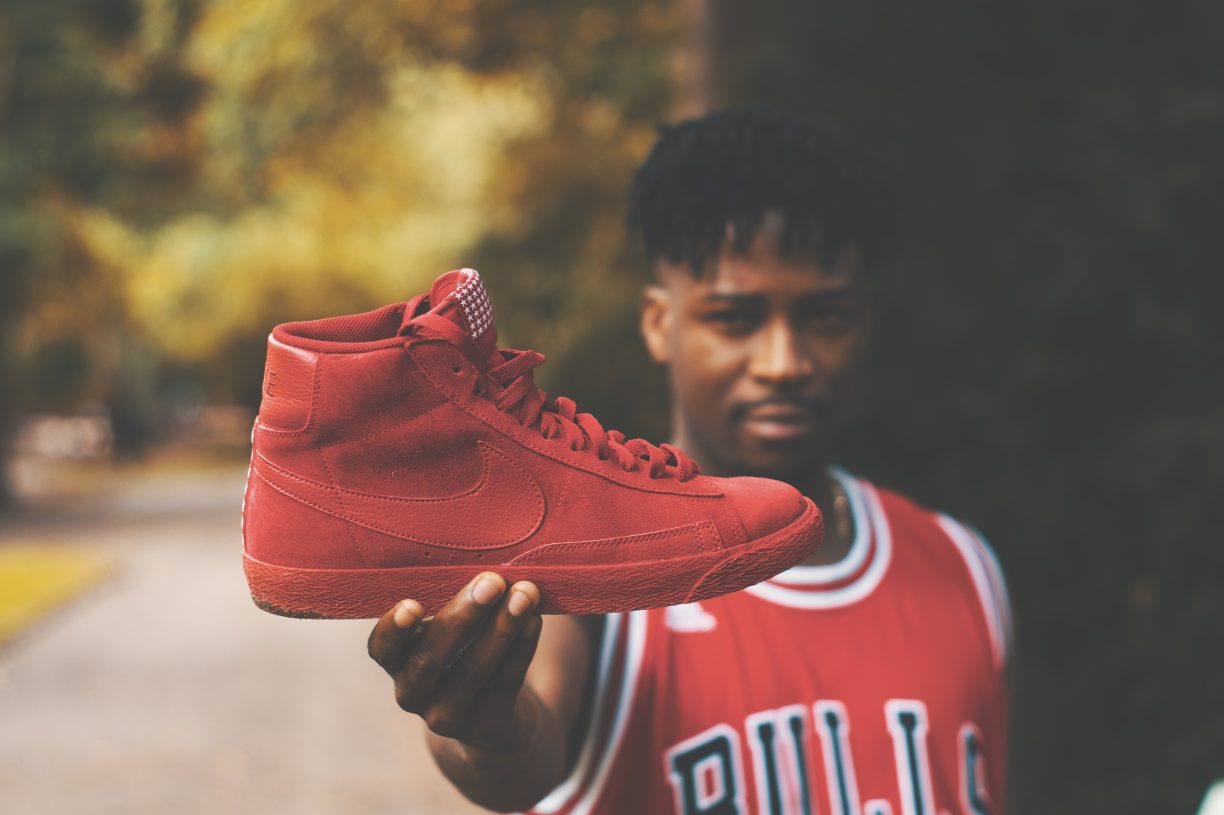 Photo by Pexels on Pixabay

Just ten years ago, basic athletic and basketball sneakers like the Air Jordan 1s were commonplace and could easily be purchased for affordable prices. You never had to worry about paying more than $100-$200 for a pair of the latest Jordans. Nowadays, that same pair of Air Jordan 1s might be sold online for 2-10x the original price due to the growing wave of sneaker collectors.

Exclusivity has always been a part of high fashion, and much of the value attributed to designer Jordans comes from the rareness of these unique specimens of Airness. In many ways, the Jordan brand is even taking colorway cues from other luxury brands, which was the case in the Gucci-inspired Air Jordan 4 that dropped this year.

The idea of seeing a pair of Jordan 1s on the runway in 2009 was sort of unthinkable because back then it was still just known as an athletic shoe with nostalgic appeal. Fast forward to 2019 and we’re seeing pictures of models sporting Jordans on the runway every other week. Luckily, there are still some affordable current Jordan 1 styles that you can get your hands on, as the brand hasn’t gone completely Balenciaga on us just yet. 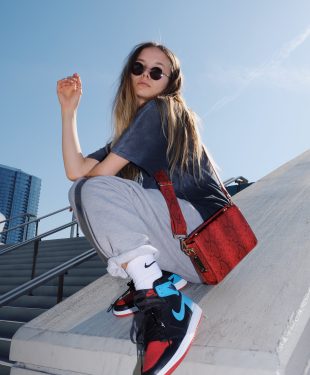 Photo by Mike Von on Unsplash

Why are so many fashion snobs and designer clothing buyers now more accepting of the urban style in general? It may just be that the people who used to buy regular streetwear as kids and teenagers are now all grown up both mentally and financially. To them, buying a $100 pair of sneakers just doesn’t feel like a power purchase any more.

Of course, companies like Nike and Adidas aren’t going to stand by and leave money on the table, so they’re happily catering to their maturing customer base with more exclusive and increasingly expensive releases.

Partnering with designer clothing brands is an easy way for streetwear and athletic brands to associate their brand with high fashion via collaboration, much in the same way that a musical artist would catch the attention of new fans by paying for a feature from an established artist in the industry they’re trying to attract attention in. Speaking of musical collaborations, the music industry itself may have played a significant role in the rise of the urban luxury trend, which brings us to what may be the real origin of the movement.

Did Entertainers Mentioning Designer Brands Start All of This? 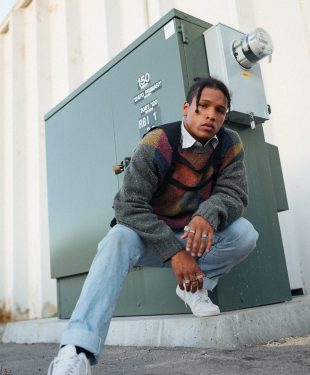 Photo by Karsten Winegeart on Unsplash

One has to wonder whether brands like Gucci, Burberry, and Prada would have become so popular with the streetwear crowd if rappers, athletes, and other celebrities hadn’t explicitly endorsed them. While some of these endorsements were probably the result of covert paid sponsorships, in most cases it was a just a matter of celebrities trying to own and flaunt the most expensive things.

However, one has to question whether it was the ingenious fashion sense of the celebrities or the wise marketing decisions of the fashion brands that started it all. It was most likely the latter, as brands knew they could easily leverage the popularity of influencers to gain customers.

Endorsement deals offered to celebrities in order to initiate fashion trends is not a new concept. The business relationships between entertainers and fashion brands started years ago and have culminated into the current merger of urban and luxury styles that we see today.

The Result of Unavoidable Shift in Market Demographics, Taste, and Demand 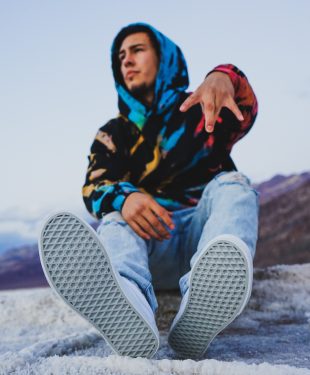 Photo by Jayy Torres on Unsplash

During the past decade, such a large percentage of the luxury market began to consist of streetwear consumers who were looking to level up the extravagance of their spending sprees, a practice commonly referred to as “popping tags” in the urban community.

Through market research, luxury brands eventually discovered that streetwear shoppers were some of their main sources of business. Likewise, streetwear brands began noticing that some of their highest-paying customers were starting to graduate into a higher bracket of the fashion world.

Instead of buying a pair of Nikes, the average consumer might just as easily splurge on a pair of Gucci or Balenciaga sneakers nowadays. In an effort to retain their wealthiest and most affluent customers, streetwear and footwear manufacturers have resorted to piggybacking on the rising popularity of the high fashion industry.

Partnerships Between Designers and Brands Have Always Been Successful

As a result of the two niches so clearly intersecting, streetwear and athletic footwear brands have begun pursuing mutually beneficial arrangements with one another. The luxury designers know that the streetwear market is huge and they want to put their latest releases in front of the massive audiences that brands like Nike and Adidas can deliver.

On the other hand, the big streetwear and sneaker brands know that partnering with designers is an easy way to break into the high fashion sector where it’s easier to charge inflated prices for sneakers that would otherwise sell for a fraction of the price. 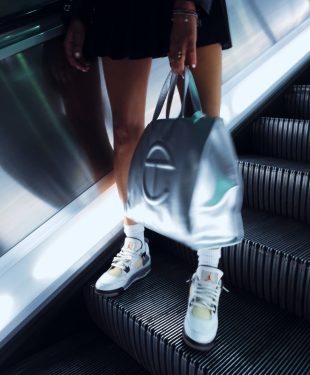 Photo by Mike Von on Unsplash

Is the Definition of “Luxury” Determined Only by Demand Now?

Last year, Louis Vuitton appointed streetwear designer Virgil Abloh as their artistic director. Since then, we’ve seen an unprecedented push towards urban design themes in the high-end fashion industry. We’ve also seen certain T-shirts selling for more than leather jackets, which begs us to pose the question: is marketing and demand more important than quality and materials when it comes to defining the meaning of the term “luxury” in today’s market?

Having a superior product or better-looking design seems to hold no weight in comparison to being backed by the fancy name of a household designer brand. One could even argue that the only requirements left for a fashion product to be considered luxury is that it labels itself as such while also generating enough hype to justify its exuberant price tag.

Blame It on the ‘Gram, or “The Streets”?

We’d be remiss if we failed to mention the role that Instagram has played in the symbiotic relationship between streetwear and luxury fashion. In a way, “the streets have spoken” through their Instagram activity, comments, pictures, and stories.

That wouldn’t matter at all if “the streets” weren’t some of the biggest spenders in the industry. While we’re questioning conventional definitions, what exactly does “the streets” mean?

Well, it used to be a term that loosely defined people who live in poor or undesirable neighborhoods, but now that gentrification has fixed much of that and suburbanites have essentially adopted urban fashion, the term seems to no longer make sense.

Even the term “streetwear” – which evolved from “urbanwear,” and was a more inclusive spin-off of the original term “hip-hop clothing” – seems to no longer match its own etymology. But I guess you could say that “it doesn’t have to make sense to make dollars.” 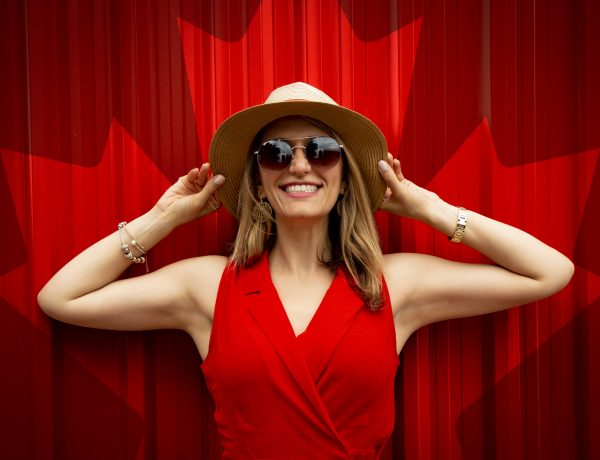