Picking up your life and moving to a new place is not an easy task for anyone, but sometimes it can bring about great things. Singer/songwriter Courtney Graf was struggling to find her sound as a solo artist in New York. She hadn’t found a producer that quite understood her unique style until she whimsically decided to rent a car and go to the beach. The beach seems as good a place as any to grasp incredible opportunity, right? While jamming out with some people she had met earlier, Graf was introduced to someone who eventually led her to her producer and current band mate, Lamont Coleman.

The band, Broken Halleluyah, composed of Graf and Coleman, relocated to Nashville to chase their dreams together.

“Moving to Nashville was more of a spiritual journey for me,” says Graf. The pressures of New York were taking a toll on Graf and even though it was difficult to uproot her life in New York, she wanted to find herself and thought Nashville would be a great place to start.

Inspired by artists like Aretha Franklin and Shania Twain, Graf has always had an interest in country music. With Coleman’s huge background in producing, he had a lot of different styles to offer as well. Together, they describe their sound as “country soul, rock, and a little pop, all at the same time, all the time.” With Graf’s background in country music and Coleman’s background in just about everything else, their combined sound is truly genuine.

One of their latest songs, “How to Make Love Work,” has a real soulful feel to it. This song embodies more than making love work in a relationship; it is also about the world. With all the hate and negativity in the world, Broken Halleluyah wants to inspire people to put aside their differences and to make it work.

“We are all just trying to make love work,” says Graf. “Get out there and sail your ship and if you run into a storm, just keep going and work it out.”

Making sacrifices is not easy, but in order to make love work, we all have to give a little and be willing to “swallow your pride and find the common ground to love each other,” as Graf says.

Broken Halleluyah has released a few new songs, including “Born Again” and their most recent song, “Soul on Fire,” which they are extremely passionate about. “Soul on Fire” is about doing what you love and what sets your soul on fire as opposed to doing something you hate just to get by. Graf and Coleman are very passionate about this song because they are truly doing what they love and see this song as an inspiration for everyone else to do what they love.

Get out there and sail your ship and if you run into a storm, just keep going and work it out.

Before they started releasing music, it wasn’t all fun and games. Graf and Coleman had to make a lot of sacrifices of their own before getting to where they are today. Leaving New York was hard for Coleman because he had been there for so long, but in order to pursue his dream, he had to step out of his comfort zone. Graf had struggled to find a producer that really understood her as an artist before she met Coleman. It was a long road before they got going, but now they are working hard and don’t plan on slowing down. They are working on releasing an EP, getting into movie scoring, and always making new music.

Broken Halleluyah wants their fans to know “we are here for them.” Through everything they go through “we are who we say we are and we are going to rock for a lifetime.”

A Chat with Mary Kate Wiles – Her Path to Digital Fame 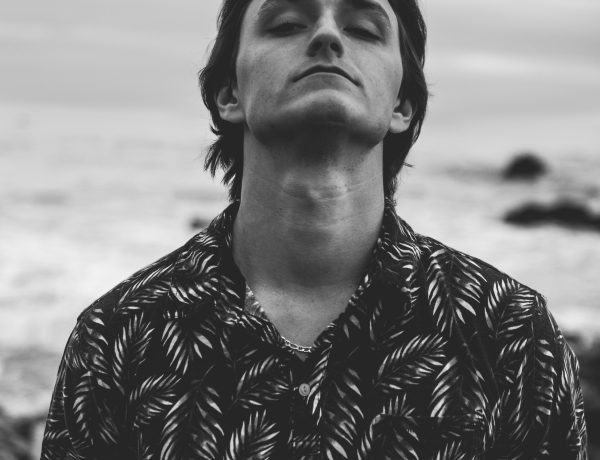 Thomas Barbusca Talks ‘The Mick’ and Acting From A Young Age