Written by Erin Tatum
0
Having already made his mark in the voice acting world as Gumball Watterson in The Amazing World of Gumball, Jacob Hopkins was ready for his next animated adventure. He now plays Axel Finke in Dragons: Rescue Riders, which follows the Rescue Riders, a group of humans and dragons who work together to protect the town of Huttsgalor. Axel has less than good intentions, coming from a family of dragon haters, and hopes to one day control his own dragon army. You can stream Dragons: Rescue Riders now on Netflix.

Cliché: How did you first realize you had a talent for voice acting?
Jacob Hopkins: Like every other kid growing up in the early 2000’s, Cartoon Network was a staple in my childhood, so I became wired around cartoons and nurtured a love for them.  I would impersonate every character! So, I wanted to give it a shot and Gumball was my first audition. In all the vocal cord exercising for Gumball Watterson, I may have stumbled upon my voice acting skills!

Do you prefer voice acting or on camera roles? How do the experiences differ?
I honestly don’t have a preference: I’ve made homes in both realities. The fact that they’re two separate worlds and require different sets of skills is why I like them both so much. On camera acting requires a sense of yourself: your body language, reactions, and relationships with the other characters. However, in voice acting, all of the prior listed skills have to be portrayed solely through your voice. This requires what I like to call a “colorful” vocal range (“color” meaning different emotions, voices, and tones).

Including on-screen and voiceover work, what has been your favorite role to play?
My all-time favorite role so far is Gumball Watterson. I really got a chance to truly develop and mold a character as my own. By expressing my interests and likes on set, I got to incorporate my own personal loves into the character (anime/video game references, singing, improvised lines that they actually animated into the show, etc.). I’ll always cherish what I’ve accomplished and learned in those three years.

You also play Chad, a proud geek, on The Goldbergs. Would you consider yourself a geek?
Well, I’m very active 24/7 (Taekwondo, hiking, bike riding, swimming, lifting).  I also play drums and have a complete drum set…it’s a secret passion of mine, which by the way is something the real Chad Kremp has done all his life!  I like to spend some of my down time drawing, reading, watching cartoons, anime, playing mainly Nintendo video games, and listening to 80’s music.

Talk about your new show Dragons: Rescue Riders.
In the land of Huttsgalor live the Rescue Riders, a group of humans and dragons alike who are the town’s heroes. The show is aimed for preschool and kindergarten audiences but are also for families as well. It teaches morals on teamwork, friendship, courage, and how to be an everyday hero.

How does your character, Axel Finke, fit into the show’s universe?
The Rescue Riders are always at odds with evil Slinkwings, rescue missions, underwater excavations, and yours truly, Axel Finke. As the nephew of the town’s famous Magnus Finke, notorious dragon hater, Axel has his own agenda: to take control of his own dragon army. How he’ll approach said task, you never know. Is he going to turn over a new leaf and join the Rescue Runts? Or will he raise his own dragon blaze against them?

What’s Axel up to in season 2?
Axel arrives in Huttsgalor as a stow away in search of his long lost uncle, Magnus Finke. As a skilled conman, Axel’s true motive is never quite revealed to the audience (or the other characters), but it seems he has two agendas: to prove himself to his uncle by becoming the pilot of Magnus’ most powerful weapon and to earn the Rescue Rider’s trust. Axel can appeal to both his evil uncle and the heroes of Huttsgalor, which makes him incredibly unpredictable and fun to voice!

Dragons: Rescue Riders is about twins raised by dragons. If you could be raised by a wild animal, what would it be and why?
Obviously a dragon! If you manage to befriend one, they’ll protect and love you as their own, hunt for you, fly you around, and breath intense flames at your mortal rivals. If you don’t know what I’m talking about, then watch Dragons: Rescue Riders Season 2 Episode 1 on Netflix right now. You’ll see what I mean. 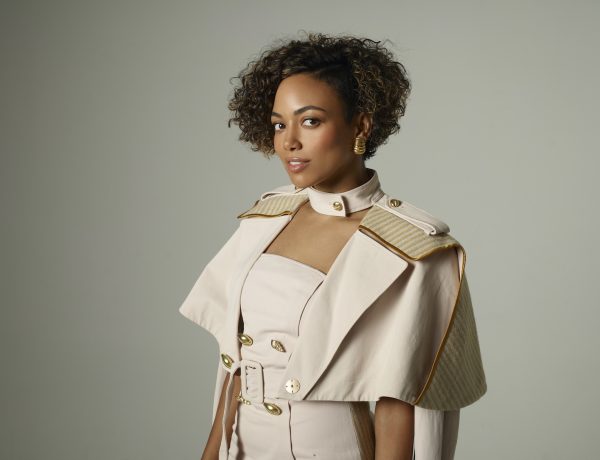 Get To Know Ethan William Childress, in Mixed-ish on ABC