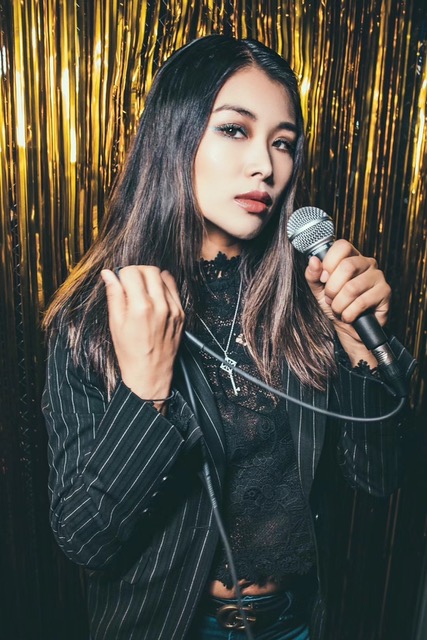 From performing weekly comedy shows to posting hilarious TikTok videos, it’s no wonder Jiaoying Summers is one of the hottest up-and-coming Asian American female comedians around. A true TikTok comedy queen, with over 18.2 million likes on the app she is taking the world by storm. In this interview, Summers tells us how she balances her career and goes into how TikTok has been changing the comedy scene, and so much more. 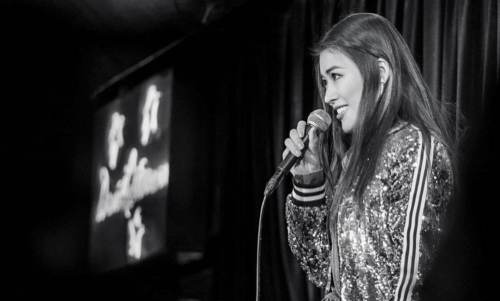 Who or what inspired you to pursue comedy? And what, if any, influence does that have on your work?

I was always the funny kid growing up, I loved to make people laugh. My acting coach Howard Fine told me that I have a gift for comedy and director John Singelton showed me Ali Wong’s standup clip and urged me to try stand up. Howard Fine helped develop my discipline of the performing arts, John has pushed me and dared me to do stand up, he said if not you are wasting your talent. I work very hard at my stand-up comedy, I know I need an enormous amount of stage time to get better, so I opened 2 comedy clubs so I can be on stage whenever I want.

What do you think sets you apart in the world of comedy?

I’m probably the only Chinese American female with an accent doing stand-up, I think my humor is very American. I think doing American humor with a Chinese accent somehow normalized the Chinese/Asian accent. I hate that in the mainstream media, the Asian accent/Chinese accent is considered low-class and non-desirable. I want to change this stupid conception with my stand-up comedy. My materials about marriage, parenting, and culture shock are universal.

Since you are an actress as well, do you think that doing comedy shows has helped you become a better actress? And in what ways?

Doing comedy helped me become a stronger actor, comedy is so challenging and raw, you have to give it your all to even have a chance to be funny on stage.

With owning two successful comedy clubs in LA, do you find it hard to balance running two businesses on top of performing your comedy shows every week?

It was such a struggle when I just opened my first club The Hollywood Comedy on Melrose, I was hosting all the mics and shows, doing the flyer, and taking out the trash. I needed to get on stage all day long and learn the business. It was very overwhelming running 2 clubs, having 2 babies, and managing social media with millions of followers. I got very lucky with my managers at 2 clubs Bileko Wissa and Tate Morgan, along with my assistant managers Isiah and Katie, who make things much easier for me.

How does it feel that your comedy special is going to be released on Hulu, one of the biggest streaming services in the world?

​I’m very lucky and like any other comedian I already look to climb the next mountain, always wish I can get better and better with my craft.

You have over 1 million followers on TikTok making you a certified TikTok comedy queen. In what ways has this platform benefitted your career?

March 2020, one month after I opened my 1st comedy club, the world went into lockdown. I went from doing 5 sets a day on stage to no stage time at all. I started to tell my jokes on TikTok, my fans connected with me on TikTok and they are willing to buy tickets to watch me do stand-up comedy. I needed to write more jokes daily to catch up with the fast pace of TikTok. It helped me with my popularity within the major comedy clubs in Hollywood. 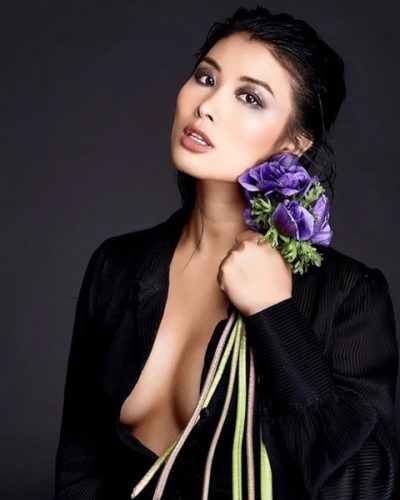 Since you’ve done a lot of work with different non-profits, such as being an ambassador for Operation USA. Do you wish to further your philanthropic pursuits by bringing them onto your TikTok platform? Or any of your other platforms?

Yes, my show Summers Ho Show with Steven Ho at the Hollywood Improv, we donated all the tickets sales to the Homeless LA Health Care. I want to produce more charity comedy shows, maybe one with all TikTok Star Comedians.

Is there any advice you would have for young women wanting to break into the comedy scene as you did?

My only advice is that nobody can make you a star, you don’t need anything from anybody. You make yourself a star from your confidence, authenticity, and hard work. You will achieve your dream if you refuse to give up.

What can your fans be expecting from you in the new year?

I will be writing more materials and I’m producing and starring in 2 reality comedy shows for some big networks. I can’t wait to share more details with my fans.

Multi-instrumentalist Zafrir Takes Listeners On a Multicultural Journey With His New "Digital Culture" EP. Out Now on Purple Fly