Crystal Renee Hayslett is the Ultimate Woman in “Zatima” 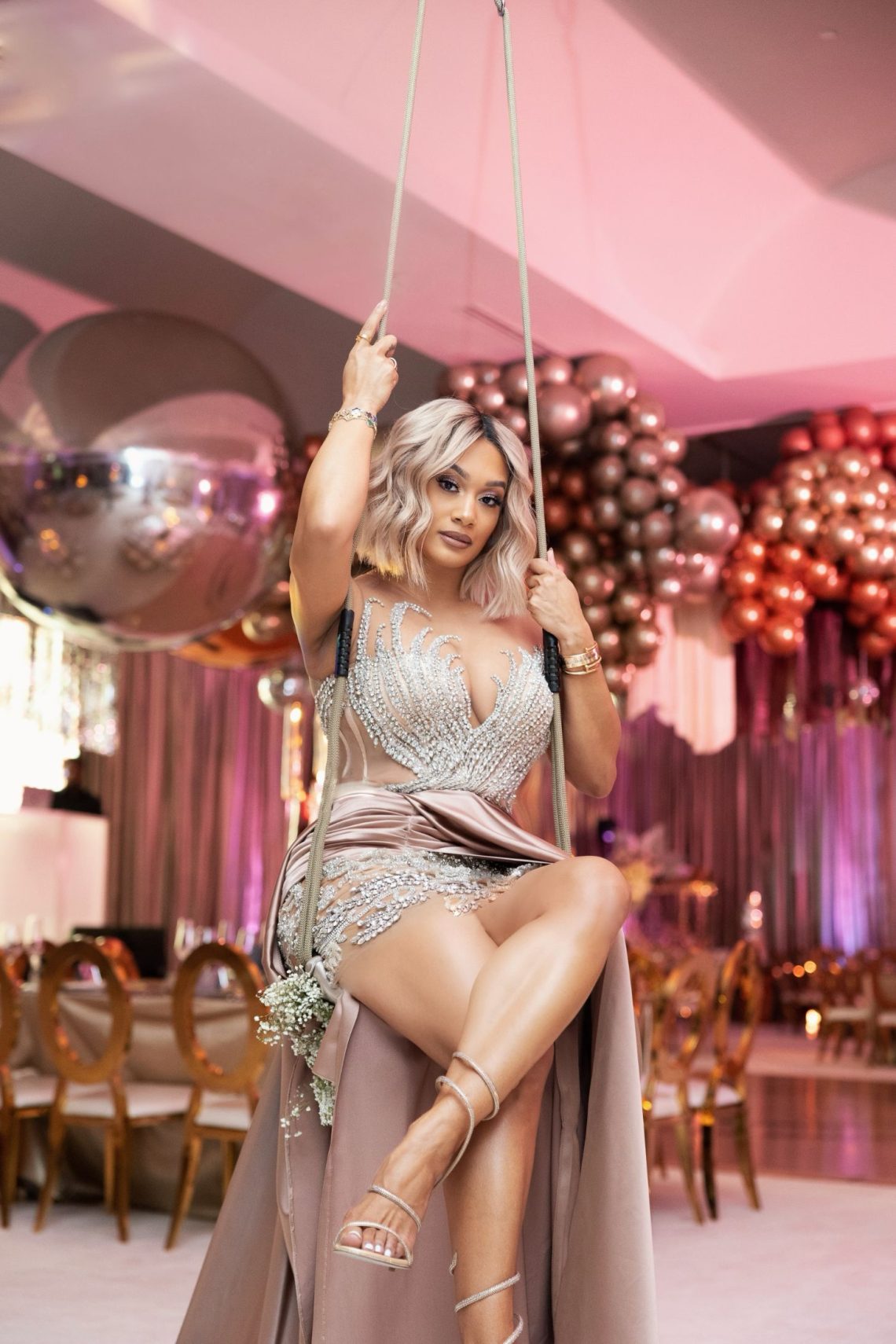 Prior to acting, Crystal Renee Hayslett was a political change maker. “During my junior year in college, I was one of three college students from Tennessee chosen to intern for Senator Lamar Alexander for a semester,” she recalls.  “Going from Martin, TN. to D.C. was a huge transition, but I quickly adjusted and fell in love with the historic city. A year later his office called and offered me a full-time job and for me, it was a no brainer. This job was a pivotal moment in my life and I started off working the front desk for almost a year, until I was promoted to Legislative Correspondent, assigned to the H.E.L.P. Committee, of which Alexander was the Chairman. This is when I really got a true introduction into the world of politics. During my time working as an LC, I assisted with research for upcoming and pending laws that fell under the H.E.L.P. Committee umbrella. I conducted meetings with state constituents and lobbyists on behalf of the Senator, regarding grants, concerns, and state issues. Having that inside look into what it really takes to run this nation, I quickly realized it wasn’t the ideal gig for me. Although I was a part of some amazing work done by Congress and I loved my time on The Hill — my dreams were calling me.”

Her former boss played a huge role in awakening her to her true ambition. “Let’s be clear, the arts are in my DNA. As a kid, I would give acceptance speeches to an empty living room. I’d record Janet Jackson videos and learn her choreography,” Crystal laughs. “But it wasn’t until 2008 I decided to take the big leap. Every year, Senator Alexander would take us to Nashville for a staff retreat and he and his wife Honey would host us. Senator Alexander and I both shared a love for music. One night at his home, he played the piano surrounded by the staff and someone said, ‘You know, Crystal sings!’ He looked up and said, ‘Oh, really? Come here Crystal, let’s do something together.’ He began to play ‘Amazing Grace’ as I sang along. When we finished, he looked up at me with this look as if he knew I was destined for something greater and said, ‘Wow! I had no idea!’ We got back to work and one day I was sitting at my desk and I literally asked myself,  ‘What am I doing?’ I knew I had something more to offer the world and it was bigger than sitting behind a desk. When I met to let Senator Alexander know of my decision, he responded, ‘I wholeheartedly agree with you and I wish you the best! Don’t forget about the little people when you blow up!’ His nod gave me the extra push I needed to go for it. Shortly after, I moved to Atlanta and started what to some seemed like an overnight success, but in reality was a ten year unpredictable journey to my passion.” 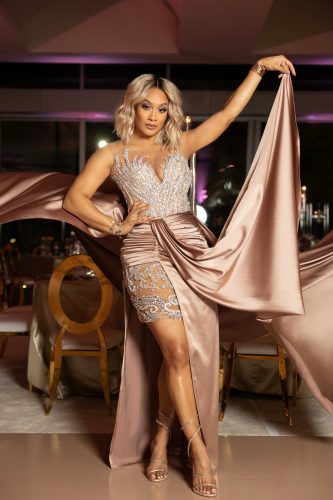 In accordance with her lofty goals, Crystal soon became Tyler Perry’s personal stylist, which brought endless memorable moments. “Where do I begin! The time he surprised me to go see Beyoncé in concert in Copenhagen was so much fun! This was the first time I met her as well! Top five in the books for sure. Another was the Global Citizens Festival in Johannesburg, South Africa. The benefit concert was insane! Performers from Beyoncé, Jay-Z, Ed Sheehan, Pharrell, Usher and so many more! We also went to Oprah’s school while there and attended their graduation —those young women were absolutely brilliant! To actually see Africa for the first time and spend time there was a beautiful moment. I left feeling connected and energized. Another monumental moment was the grand opening of the Tyler Perry Studios, no one can throw an event like Tyler Perry! You always leave inspired with your heart bursting at the seams with joy. I’m forever grateful for the experiences I was blessed to have with Tyler as his stylist.” Crystal portrays Fatima in Sistas, one of the many brain children of Tyler Perry. “Sistas is about sisterhood and women in their 30s dating in Atlanta. If you live in Atlanta, you know it’s treacherous waters in the dating pool. The thing I love about this show is that women watching can see themselves in each of the characters, it’s so relatable! Fatima, this girl is on fire! Fatima is your favorite girl’s girl and that woman that holds her man down. She’s a realist that comes from a complex past that reveals itself as the seasons progress, which helps the audience understand Fatima and her decisions more. She’s dating Zac, played by Devale Ellis. The love they have for one another and their chemistry is coveted by a lot of people. So many couples say they want that Zatima love, but they both come along with their own drama and past that I’m not sure everyone could stick through.”

Tyler actually crafted the part specifically for her, which boosted her confidence. “I’d auditioned for Tyler a few times, and when I didn’t book any of them, I honestly thought that he didn’t think I was good enough. Turns out he never saw them! So, when this opportunity came around — it came at the RIGHT time, and I was ready. I told him I wouldn’t let him down and I think I’m holding up my end of the bargain in that regard.” Now she stars in her own show, Zatima. “Zatima is a spin-off show starring myself and Devale Ellis who plays my now fiancé, Zac. The fans showed so much love for us on day one, which ultimately led to us having our own show. On this show, you get to see us navigate our relationship, family and friends. It gives you a much deeper look into our lives than you see on Sistas. We touch on past traumas, therapy, forgiveness, grief, and love, while also keeping the comedic touch — because who doesn’t like to laugh as well? In August, our first season dropped and we were number one on BET+ and Amazon Prime. Stay tuned for Season 2 dates.” Crystal also can’t wait for her upcoming comedy, Praise This. “If Sister Act and Pitch Perfect had a baby, it would be Praise This. That’s exactly what came to mind when I read the script. I had a blast shooting this film produced by Will Packer and directed by Tina Gordon. I play Natalie, the wife of PG, played by Mack Wilds. The movie stars the talented Chloe Bailey. And you get to hear me sing in this one! It’s set to release in Spring 2023.” After waiting so many years to realize her dream, she is reveling in it every day. “It feels so good. Everything I learned along the journey prepared me for everything I’m doing today. I feel like I can handle it better because of those lessons along the way and I’m not sure if it would have been the same if it came fast or earlier in my life. I’m just beyond grateful and excited about my future.”  If her past is any indication, her future will be even brighter!

7 Women's Hair Styling Mistakes and How to Avoid Them