After 20 seasons, Keeping Up with the Kardashians has finally come to a bittersweet end. The reality television series created by Ryan Seacrest centered around the glamourous lives of the Kardashian-Jenner family, predominantly Kim, Kourtney, Khloé, Kylie, Kendal, and their mother/manager, Kris. The show dove deep into their personal lives featuring all of their day-to-day activities, lovers, career opportunities, plenty of gossip, and everything in between. Keeping Up with the Kardashians was a groundbreaking show for pop culture as it caused reality television to grow in popularity and created a whole new world for social media influencers. 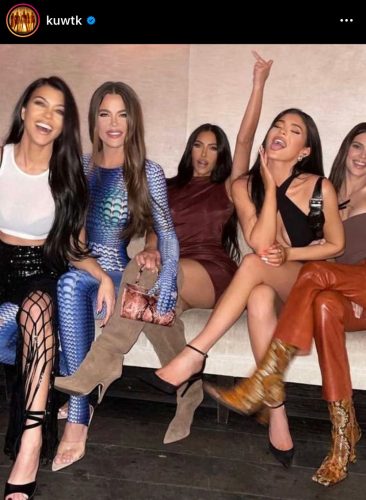 Photograph found on the official @kuwtk Instagram page of sisters having fun.

Since the show began in 2007, the show created a ginormous fan base and the Kardashian and Jenner girls gained millions of social media followers. Along with the show, each member of the family accomplished a lot including marriages, children, business launches, modeling gigs, and more. After the season 20 finale, the cast of Keeping Up with the Kardashians sat down for a televised interview with Andy Cohen to look back at everything they have went through and to answer hard hitting questions from fans. Read on for the highlights. 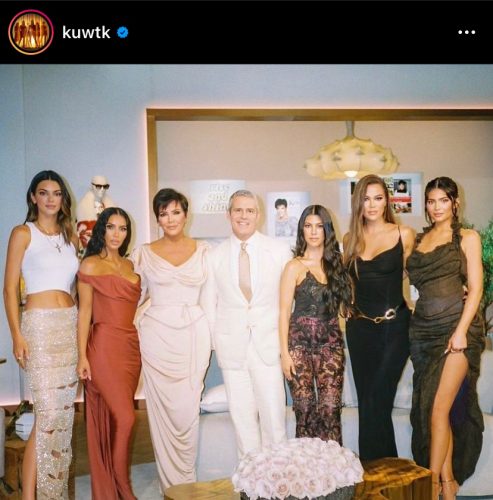 Karadashian-Jenner girls with Andy Cohen on the day of the interview. Photograph posted on @kuwtk Instagram page.

To start off the interview, Andy Cohen reminded us that there have nine spin offs of the show, Kim Kardashian and Kylie Jenner are billionaires, the sisters have had headline relationships, three marriages, and over 800 million google search results. Clearly, Keeping Up the Kardashians put this family on the map. Following the introduction, Cohen began asking the most pressing questions. In 2007 a sex tape of Kim Kardashian was released and addressed in the first episode of Keeping Up with the Kardashians. This tape was a large scandal and Kim did receive a lot of attention for it. One of Cohen’s first questions was directed to Kim asking her if the show would have been successful without the sex tape. Kim responded by saying that the tape did help the initial success of the show, but it is a mistake that she will have to live with for the rest of her life and a tough conversation that she will have to have with her children someday.

Cohen then went on to ask Kylie Jenner questions about her life. Kylie is a billionaire who created an incredibly successful beauty line, Kylie Cosmetics. Kylie shared in the interview that she grew up being very insecure about her small lips and would outline them with lip liner. This sparked her love for makeup and led her to Kylie Cosmetics. It is a well-known fact that Kendall Jenner has always kept her love life private and refused to include her relationships in Keeping up with the Kardashians. During the interview Kendall Jenner admitted that she is in a relationship with professional basketball player, Devin Booker.

One of the most iconic Kardashian-Jenner relationships would have to be Kourtney Kardashians relationship with Scott Disick. The couple had three children together and dated on and off for nine years. The two split up in 2015, however Scott and Kourtney have remained friends. Scott was a major character on the show and appeared on every season. In the interview, Cohen asked Kourtney why she broke up with Scott and she said the deal breaker was his substance abuse. Kourtney is now dating Travis Barker and Scott gave his blessing and said he wants her to be happy. 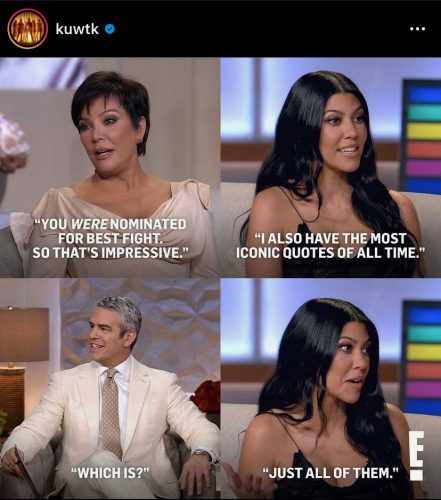 Another highlight from the interview is when Cohen asked Khloé Kardashian about her relationship with Tristan Thompson. Thompson cheated on Kardashian with Kylie’s best friend at the time, Jordan Woods, when she was pregnant with their child. Thompson and Kardashian broke up because of this and the Kardashian family cut Jordan out of their lives. Khloé and Tristan, however, did get back together and Cohen asked Khloé why she didn’t give Jordan the same pass she gave Tristan. Khloé went on to say that she doesn’t hold any grudge against Jordan and that she forgives her.

Kate Spade Surprise 1-Day Sale: All Bags, Jewelry & More Are an Extra 20% Off With Deals Starting at $5

Ben Affleck and Jennifer Lopez Jewelry Shop in Capri, But No Ring Yet