5 Sequels That Should & Shouldn’t Have Been Made 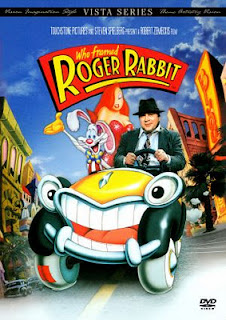 1) The first deserving film is The Incredibles. It was funny, well written, and the characters felt slightly realistic. The villain had layers to him. You could see how that child could grow up to be the big villain. You could understand why Dash wanted to be proud of his powers and why Violet just wanted to be normal. The film wasn’t trying to force a lesson onto people.

2) Who Framed Roger Rabbit? makes second on our list. This film is a cult classic for a reason. The film took characters from the WB and Disney to create a wonderful movie full of funny moments and great storytelling. It is one of the few films that had live action acting with cartoon animation put together that still looks great.

3) The third film is Iron Giant. Even after all these years, people still want to know what happens next. The film ended with the pieces trying to reform itself and fade to black. Some people are still upset that it ended like that and want a film centered on the Giant and Hogarth

4) The fourth is Nightmare Before Christmas. How cool would it be to see Jack and Silly with a family of their own and the Boogie Boys older, but not wiser. There is a world of possibilities they could use to make an amazing sequel. All those doors to different holiday worlds are asking to be opened. Can’t you picture the Boogie Boys entering Saint Patrick or Valentine days world and making a mess and having to fix it all? Or Jack wanting to “help” another holiday?

5) The last film in  our sequel wish list is Dread. It captured the comic hero as he should be and made up for the nightmare to the comic fans that was Judge Dread. If you’ve seen the movie, you’d understand why a sequel has to be made.

Here’s our list of some of the worst sequels

1) The first should-not-have-been-made squeal is Alien Vs Predators 2. In the first film, they were trying to make viewers believe that the Aliens, Predators, and the human race were tied tightly together. The second film didn’t even try to create any kind of back story or thought. It played out like a bad horror film and honestly made the first movie look a bit worse

2) Poltergeist 2 makes second on our list. I enjoyed the first one so much and was let down by the second one. It was one of those films that centered around the idea that it could get away with a but wait “we forgot to tell you that the house was built on top of a cave where people died because of a mad shaman” and then went on to have even more odd things happen from there. Towards the end, I thought zombies would pop up because the house was built on a toxic waste site or something.

4) The fourth is Hook. Hook may not be a true sequel like the others on our list, but it is set after the Peter Pan stories and acts in the same manner a sequel would. It’s meant to tell what happened next in the life of Peter Pan all grown up and how important it is to be youthful at heart. Instead, it lacks the feelings that the original Peter Pan story gave as it turns Peter into work driven man who puts his family second. The film is so bad, that even Spielberg is said to be unhappy with it.

5) The last bad sequel on our list is Friday the 13th: Jason Takes Manhattan. It is by far the worst in the series and he’s only in Manhattan for about 10 minutes before being stopped. Most of the movie takes place on a boat.

That ends our list for now. Did your list match yours? Who knows what the next worst sequel will be or what amazing movies will come out in the coming years, but you can be sure that Cliche will be ready to keep you informed and up to date on all your movie news.