TV Shows We Can’t Wait to Watch This Season

Fall: the time of cool weather, Halloween, and brand new seasons of television. From Marvel shows to FOX comedies to, of course, Shondaland, here are the fall shows we can’t wait to watch this season.

Marvel’s Agents of Shield (September 20)
Season three saw the exits of Lincoln, Andrew, Bobbi and Hunter, who all premiered in season two. Also exiting is Brett Dalton’s Agent Ward. Over the three seasons, Ward was just one of a number of antagonists, going from undercover Hydra agent to Hydra itself. But filling his place will be Gabriel Luna’s Robbie Reyes, a ghostrider, who was inspired by former One Direction member Zayn Malik. In season four, the big questions are how Daisy’s leaving affects the team, FitzSimmons’s relationship, and how the show deals with the consequences of the movies.
Brooklyn Nine-Nine (September 20)
Season three ended with Holt and Jake going into witness protection program after being threatened by Figgis. Seeing how they adapt to being in witness protection, their eventual return to the 99, and how Maya Rudolph’s character fits in are the things we’re most looking forward to in this upcoming season, along with how the 99 fared in their absence.
Grey’s Anatomy (September 22)
The twelfth season of Grey’s Anatomy saw Meredith moving on from Derek’s death with Nathan Riggs, Owen’s brother in law…who both she and Maggie have feelings for. Will the sisters fight for him? Will one of them give up? It’s just one of the plots to look for, along with Jo’s mysterious abusive (future ex) husband. Although Jo wants to marry Alex, she couldn’t because she’s still married, and to divorce her husband would be letting him know where (and who) she is, and Jo doesn’t want to do that. Of course she tells DeLuca instead of Alex, who walks in on them at a very inconvenient time and proceeds to beat him up. Will he believe her when she tells him the truth? Will she tell him? And what will be the consequences of Alex’s assault on Andrew? We’ll have to wait and see.
How to Get Away With Murder (September 22)
The second season of How to Get Away with Murder ended with Wes’s “father” getting shot right in front of him. The shooter’s identity is still unknown ($20 bucks on Frank), but that will most likely be the mystery of the first half of the season. Other plotlines include Caleb possibly committing suicide after it was discovered he killed his parents, Annalise finding out Frank was the reason she lost her baby, and, of course, the murders. In the trailer for season three, Annalise’s reputation is going down the drain, as seen by the posters with “Killer” over her face. It’s unclear which murder they’re referring to.

Luke Cage (September 30)
Another addition to Netflix’s Marvel Cinematic Universe, Luke Cage got his intro in Jessica Jones. After an “accident” that gives him super-strength and makes him basically bulletproof, Luke just wants to live a normal life (or as normal as someone with his abilities can live). But having a power like his, it would be an injustice not to use it for the right reasons–or that’s what Pops says, at least. The show, set in Harlem, features Simone Missick as Misty Knight, Mahershala Ali as Cottonmouth, Frankie Faison as Pops, and Rosario Dawson, who is reprising her role as Claire Temple (Daredevil and Jessica Jones).
The Flash (October 4)
Flashpoint is upon us! After his father’s death at the hands of Zoom, and being confronted with his father’s Earth 3 doppelgänger, Barry decides to do what he didn’t in the season one finale: save his mother. In this new timeline, both his parents are alive, Wally’s the flash, and he finally asks Iris out on a date. But that doesn’t mean all is well. The longer he stays in this timeline, the more he starts to lose his memories, and his speed. When Barry finally decides to go back to the original timeline, things are different: Julian, played by Tom Felton, a new addition to the precinct, is a fellow CSI who doesn’t trust Barry. (With Barry’s penchant for making horrible time-traveling decisions, I wouldn’t either.) On the family front, Joe and Iris aren’t as close as they used to be. Then there are new villains, one of which is Dr. Alchemy.
Jane The Virgin (October 17)
A lot of things happened in the season two finale of Jane the Virgin. From a possible shooting to a fake death, stolen identity, and another pregnancy, we’re not quite sure what will top the show’s sophomore season. Seeing the effects of all these subplots and what happens next is just the short list of reasons we can’t wait for Jane and the others to return.
Read more TV News on ClicheMag.com
TV Shows We Can’t Wait to Watch This Season: Featured image courtesy of The CW 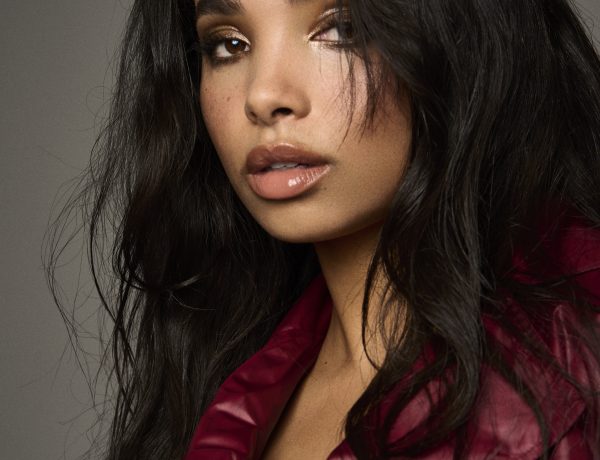 How To Style Your LBD This Season