If you’re familiar with recent pop culture, you’ve probably heard Vo Williams’s work. Williams is the man behind the memorable music selections in your favorite TV shows, including Empire, Ballers, Lethal Weapon, SNL, and Atlanta. A true music visionary, Williams strives to imbue his “epic hip hop” with an emotional vibrancy that lingers with listeners long after they’ve left the screen. Hollywood’s long overdue acknowledgment of black narratives has created a growing sector of the industry dedicated to the black experience, for which Williams is eager to provide the soundtrack.

Cliché: So often, we think of music in terms of the tracks themselves, but we rarely consider how big of a role music plays in films and television. How does knowing that your music might be featured in other forms of media impact your creative process or the stories you tell in your lyrics? Did you ever think your career would go in this direction?

Vo Williams: You’re so right, and it’s crazy because music is such a key element in all media. When a scene has no music, the silence is so loud that excluding music can feel like the boldest choice.

I’m super visual as an artist, so the desire to express through sight and sound has always been authentic to my process since the beginning. While I’m creating music, I often have visions of cinematic moments or scenes driven by the music I’m creating in that session. The goal in the end is to communicate through the music in the most powerful way possible. Of course it’s natural that my experience over the years has helped me develop a sensibility for what works in film and what doesn’t, but lyrically I never compromise my truth so that it will check boxes for film use. I just connect to the content and offer my honest perspective.

I never imagined that I what I loved to do would work so well in this space. When my first placement happened, it took me by complete surprise. After I realized the potential for Hip Hop in Film/TV I wasted no time in shifting into this direction full force.

You describe your music as “epic hip hop.” What does that mean to you?

This is a really exciting time because we are truly pioneering a new sound. That said, I’m not quite sure how to define it yet. But the sound is already so distinct and unique in its approach that you definitely know it is Epic Hip Hop when you hear it. I can say that my passion is to create Hip Hop with size and scale. I want to make music that can resonate throughout a packed Stadium, and that has a clear and powerful emotional gravity.

Why is it so important that your music incorporate different genres and not be categorized?

Music can have a very powerful impact on emotions. How do you ensure that the emotion behind your lyrics translates visually on-screen?

You really have to make a connection to the moment. Every story at its core has some human element that is totally relatable. I just go to that place, to that experience and I just share the truth. The more I learned to trust in the power of truth, the more powerful the connection became between listeners and my music. Contributing music to the filmmaking process, or any team effort, is like sitting with a group of people and sharing your unique perspective on one common topic. It’s like finding that common connection between us all, and bonding. In the end people get one cohesive color, tone, message, feeling.

Recently, your music was considered for Black Panther! Even though you weren’t ultimately selected, you were humbled by the opportunity to compete against big names like Kendrick Lamar. How did that experience motivate you to push yourself moving forward?

I can’t lie, at first news that we wouldn’t close the placement, motivation and morale was low. We were mostly disappointed because we knew this would be a historical moment in film. Any artist would dream to be involved in a moment that is this important to the culture. As more of the music was dropping from TDE’s work on the film, the more excited I was just as a fan of the art.

In the end, I was as impacted by the film and Kendrick’s contributions in the same exact way as everyone else. We all win with this success. It is incredibly motivating to know that we were in that conversation. That kind of validation builds more self trust, and inspires an artist to express more confidently.

Talk about your song, “I Am the One.” It’s very bold and unapologetic in its confidence. Is that how you want people to feel when they listen to it? What was the inspiration behind that song?

That’s exactly how I want people to feel when they listen to “I Am the One”. The song is about being destined for greatness, and arriving at the time to realize that greatness. Most of my music is drawn from my own life experiences. On my journey to where I am now, there have been countless downfalls, losses, and failures. But somehow, I have been able to rise up from dark times and hopeless into power and success. This song is not only an affirmation but it’s also a practice. It’s a practice in believing in myself and it’s as confident as it is faithful.

You also attribute your rising success to Hollywood (and media at large) becoming increasingly open to telling black narratives. Do you see this momentum building over the next few years? What can Hollywood do to further elevate the voices of black artists at every level?

We can do much better, but still, the momentum is growing at such an amazing rate. I think it’s just time for change to happen. Hollywood is just a reflection of our society, and we are in the middle of a revolution for equality. I think Hollywood is beginning to see that there is so much value in supporting all of the world’s voices. Economically, we’re proving this with the huge box office success of Black Panther. I think Hollywood has to come to grips with how the past affects the data. We have to be real about inequality, and face it at the foundational level, so that we can truly sustain a path of change. Keep in mind, a lot of what’s happening now in Hollywood is happening for the first time. We’re not going back to a golden era, we are creating it starting today.

What advice do you have for young black artists trying to break into the industry?

Bang on your craft. Being Black in this world means you are burdened with the requirement of absolute excellence. It’s real and it is unfair, but the pressure of that unique requisite can be used as a powerful gift. To all aspiring artists I would say not to wait on some perfect future version of yourself, or someone else’s blessings, to knock on the biggest doors. Stay humble, know where you’re at, but remember that even gatekeepers bleed.

You’ve spoken about how gratifying it is to see people connecting to your music and living their daily lives alongside of it. Do you record your music with the idea that it’s going to resonate with your listeners, or is your inspiration more of a personal narrative that other people connect to?

I create with both of these intentions in the center. While my passion and my goal is to create music that is functional, my process is centered around giving my honest truth. At the core of the human experience we are all more alike than we are different, so I trust that when we offer our truths, we will reach millions of others who share that experience.

If your life had a soundtrack, which artists and/or tracks would be on it and why?

I almost started listing every musician that ever existed since recorded music. But a summary would be like: my mom jamming to Anita Baker while cleaning the house when I was a child. I would have me as a teen learning guitar by listening to Jimi Hendrix, as well as myself replaying Jay Z’s “Public Service Announcement” over. As I was traveling through the favelas in Rio, I’d be listening to Sue Jorge. And last but not least, ‘Yeezus’, ‘808s’, and ‘College Dropout’ by Kanye. But I just want you to know I’m going lose sleep cause I can’t give you my full list.

Read more Celebrity Interviews on ClicheMag.com.
Vo Williams is The One to Watch in the Music Industry. Photo Credit: Zach Ryan

Chasing Her Dreams In “California” 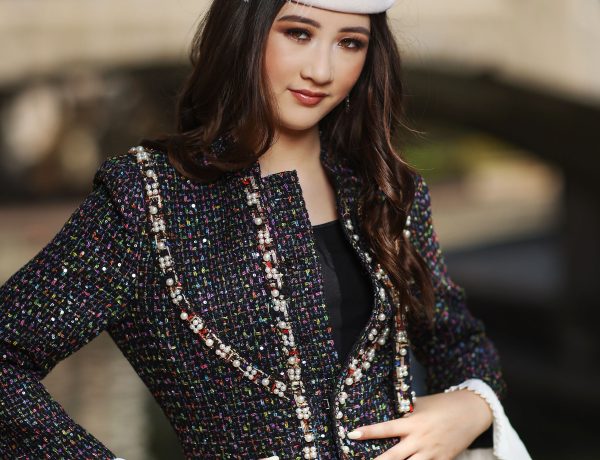 An Interview with Scarlett Bella Song

Rodes Rollins is back in full force with her new single, "Nasty Woman"