Their latest single may be called “Somber,” but that’s not the feeling that comes across when Violet Days talk about their music. The Sweden-based synthpop artist made up of lead vocalist Lina Hansson and production partner Kris Eriksson are anything but when discussing the track and their experiences. We got the chance to talk with Lina about how they came up with their sound, the inspiration behind their debut EP, Made in My Head, and making their debut performance at this year’s SXSW.

Cliché: How did you form Violet Days?
Lina Hansson: I initially moved to Stockholm to nd people who could play shows with me; we met in the studio and started forming the band. At rst, I called the project ‘Violet’ until Kris came on board. After we started writing and producing new songs together, the name changed to ‘Violet Days’, since that was the start of the new sound.

How did you come up with your sound? Who were some of your inspirations?
We’ve been experimenting, and we always are. We always try to nd new ways of doing things and nd what’s unique within our sound. A lot of inspiration comes from movie soundtracks, though; it’s an interesting way of looking for sounds. Inspiration also comes from artists like Tame Impala, The Neighborhood, Beach Boys and Michael Jackson.

What’s the process been like putting together your debut EP Made in My Head?
We allowed ourselves to take some time on creating it and to really figure out the concept. We pretty much had all the songs already and after a while, we realized they all tell a story together. This worked out really well with the visual concept that we have. It’s a concept inspired by a Swedish comic book from the 60s; there are two characters from that book that we had our friend help us re-make and animate in our own way to tell the story.

What can people expect from it?
It’s a full story and very visual; all the songs are chapters. There will be a trailer for is that we already started to release a piece of with every song.

What was the inspiration behind “Somber”?
Real life stories! We wrote it with morgxn and it was a very organic experience.

What’s the response been like to the song?
It’s been great; people seem to really connect with it.

What was the experience like making your debut at SXSW? What kind of response did you get?
It was amazing! I didn’t really know what to expect from SXSW since there are so many bands playing everywhere, and all the time. We came as a 3-piece and I feel that was the ultimate way of doing it. We got a great response from all of the crowds that came to our shows and we had the best time.

What’s next for Violet Days after the release of Made in My Head?
We’re going to start working on the 2nd EP and hopefully do some touring.

Made In My HeadSomberViolet Days 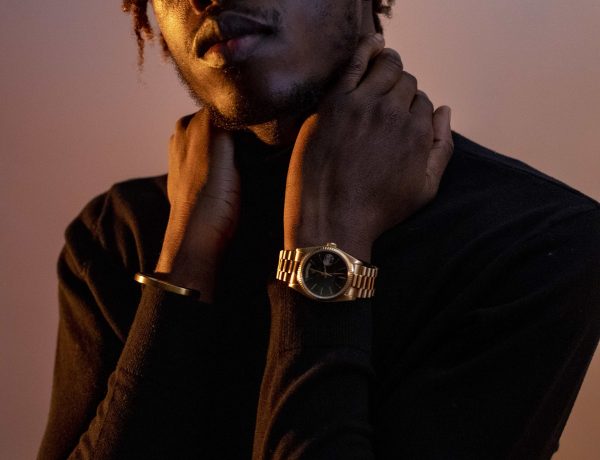 AdeJosh Asserts His High Standards in His New EP, “All For Me”

Colton Haynes Teases His Shocking Return To 'Arrow' In Season 7

Business Casual Basics for the Summer