Written by Erin Tatum
0
Musical and romantic partners Alyssa and Doug Graham have always had each other‘s backs. This camaraderie has weathered them through several tense situations during a motorcycle ride along route 66 at the height of the 2016 election. One of these confrontations was the kindling for their raucous new single, “Bite My Tongue,” inspired by a heated exchange during their travels. Though they had to do their best to avoid the conflict for their own safety, “Bite My Tongue,” acts as a cathartic revenge fantasy as they finally get to take down the bigots. The couple also has a new album coming out, Kids Like Us, in which vintage beats serve as  an avenue through which to process their disillusionment over the 2016 election and their despair at bringing their daughter into an America torn apart by hate. Kids Like Us drops January 2020.

Cliché: Do you think being musical collaborators makes your relationship stronger, or vice versa, that being partners enhances your creative flow?

The Grahams: Funny you should ask. After being together basically our entire lives we recognize that our most passionate moments, both good and bad (well besides the obvious which wouldn’t be appropriate to discuss in an interview) are during song writing. We are each other’s biggest fans and also worst critics. However we both recognize that our song writing is always better as a result of our open and honest collaboration. Our creative flow is always stronger when we work together and play together. Truth be told our relationship doesn’t change one way or the other. It always comes first and it’s always passionate and resilient.

Talk about your new single, “Bite My Tongue.”

We call this our rock and roll revenge song. It was the result of a bizarre experience we had between the desert and San Bernardino, CA. It’s a strange area of the world where the population is restless. Sort of caught between two universes.  It feels displaced. We were sort of run out of town after a political debate with some locals. A mistake we have made often. We shared this experience with our dear friend and co-writer Bryan McCann and together we wrote one of the most satisfying songs to sing and scream. It’s a great way to blow off steam.

You’ve said that the song was inspired by “a fringe of towns between the desert in LA that are like unstable elements, caught between two different states of being.”  What was it about this contrast that you found so creatively compelling?

Ever watch the Twilight Zone? It’s kinda like that. Compelling is an understatement. Not that Jersey (where we grew up) is stable or mainstream because I assure you Snookie is a pretty normal personality where we grew up and that’s fucking strange but the area out beyond the Mojave is otherworldly. Doug and I always welcome the strange and unusual and this part of the country checks all the boxes. I challenge anyone to spend time in this area and not feel inspired in someway or another even if it’s via pure terror.

You call “Bite My Tongue” your “Rock and Roll Revenge song.” What do you mean by that?

When you’re on the road you have to be cautious. There are a lot of strange encounters and possible dangerous situations you can get into. Doug is also very protective of us on the road.  When you get into a difficult situation or a possible confrontation, as much as you would like to engage it’s often smarter to remove yourself from the situation.  We did that in this particular situation. So “Bite My Tongue” was our way of getting back at the situation and the ugly racists we encountered. Music is amazing that way. It allows you to “get it out.”

Talk about your upcoming new album, Kids Like Us.

I think it’s the most excited we’ve been about a record.  Perhaps the birth of our daughter enabled us to really let go and just have fun making this record. We broke free of any boxes or rules we felt constrained by in the past and we were able to say, “it’s just music.”  We engaged Richard Swift to help us break out and that he did. He opened up a whole magical world of sound to us and kept us laughing the entire time. His death during the making of this album was devastating but his spirit and genius is all over Kids Like Us.  With the help of producer Danny Molad we were able to finish the record keeping true to Richards inspiration and continuing to explore uncharted territory. The journey of making this record, like the journey we took to write the record, was otherworldly. Strange and beautiful. We are so grateful.

Many of the beats on the album recall previous eras, like the 50s, 60s, and 70s. Which era would you say influences your sound the most?

Well we’ve always been pseudo hippies. We grew up on the music of the 60’s via our folks. Everything from The Beach Boys to The Supremes, Carole King to The Dead, Neil Young to Dusty Springfield. I also think on this record the 70’s had a great influence. One of the fun things about this record is the use of sound and color. We had access to some incredible instruments and we utilized them. To tell the truth we were so obsessed with the Timpani and Tubular Bells that we ended up using them on pretty much every song. They are not instruments we often have access to and we were having fun. Those two instruments informed a lot of the overall sound which is reminiscent of the great pop records from the 60’s and 70’s.

One of the topics the record covers is the 2016 election. Why did you think it was important to make a political statement with your music?

I don’t think it was necessarily a conscious decision but we were consumed by it at the time and we didn’t like the climate of the country so naturally it made its way into our songs. At the same time it’s worth pointing out that a lot of our reaction to the disappointment we felt/feel with America was to sing about love. We feel as though America is lost and it’s sad to see so much hate and so much strife. We worry about the future for our daughter. We want her to grow up and feel love and community. We wrote these songs in hopes that one day she will believe her parents had something to say.

What are your hopes for the country moving forward?

The country needs to heal. We aren’t naive, we know we are a long way from that. However, this once was a country that was a beacon of hope where all kinds of people could find and follow their dreams.  We need to get back to that and embrace our differences rather than fear them. We are just musicians and obviously don’t have the answers but we do know that hate is the wrong direction. 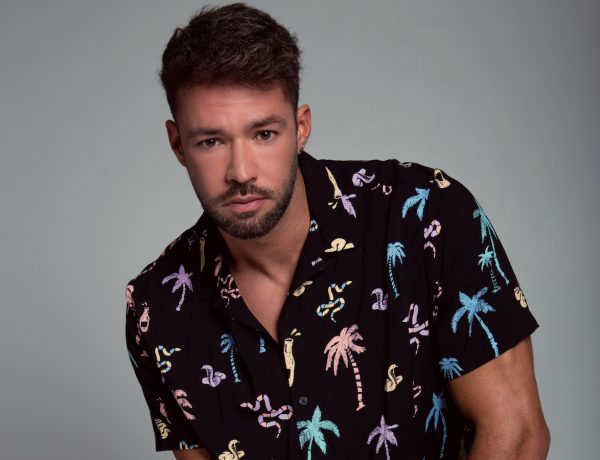 Interview With Actress Patricia 'Patti' French: Discusses Hulu's 'The Act', The Film Poms and Much More!