Tamara Laurel always loved music, but it wasn’t until she was in college—where she studied business with a music minor—that her passion truly emerged. Since graduating, Laurel has been busy working her way around the country honing her songwriting and performance skills. After a tough 14 months, her self-written, self-produced debut EP Lightning was released in January. Keep your eyes and ears open for her next record, which she says should be released later this year or early next year.

Cliché: How’d you find your love of music?
Tamara Laurel: My parents had me pretty young, and we just always had music on everywhere we went. We’re a big road trip family, so I was 6 or 7 with every word to “A Pirate Looks at 40” memorized. I fell in love with everything they and my older sister listened to, and as I got older, I would just sit by the radio for hours and try to write lyrics along to the music that was playing. I’ve always loved it.

Did you learn any instruments when you were younger or did you pick that up later?
I actually played the violin, piano, flute, and guitar all before age 12, but I stopped playing all of them to become a competitive gymnast. I didn’t pick up the guitar again until a couple of years ago.

You’re from Washington, so what made you go to the University of Southern California?
Deep down, I knew in high school that I wanted to do this, but I was scared, and I also really wanted a business degree. So, I had this big idea that I would go to college at USC, and sing everywhere I could until my dreams came true. In a roundabout way, I guess that’s what ended up happening, just on its own timing. USC is an amazing school and just so happens to be in the best city in the country for burgeoning musicians.

Were you involved with music at USC?
Yes, but I kind of hid it from everyone. I performed an Italian Opera recital and didn’t tell any of my friends where it was. I also studied guitar performance and theory, and took some music industry classes. I would also sneak into the music school rehearsal rooms to sing and write songs!

This January, you just released your first debut EP. How was that process?
The project just kept falling apart, but the right people stuck around and we ending up making something I am really, really proud of. I wrote that record on my bedroom floor, and never thought anyone would hear it. I’ve been so blown away by that part of it—people hearing it and relating to it and reacting to it. I love Lightning, but I can’t wait to release the next record.
When are you hoping to release that?
I think that the songwriting process, for me, the nature of it, never stops. It keeps coming. I would love to release that later this year or early next year, but I think I still have one or two songs in me that want to be written before I’m ready to send it off into the world. So, stay tuned!
Where do you find your inspiration for songs?
Life. I’ve been lucky enough to live in a bunch of different places and meet all sorts of people and have so many great experiences. I just try to hone in on those moments that stick with me. I also think being really open to the world around me helps me a lot. I always say that I’m recording these songs so that one day when I’m very old, I can listen to them and remember my life.

What are some of your musical inspirations?
When I was little, my mom was—well, she still is—obsessed with Bruce Springsteen. She gave me a copy of his Greatest Hits CD and I was in awe of “Thunder Road” and “The River”—he’s singing, telling stories, playing guitar; I wanted to be able to tell stories like that.  Before I fully admitted to myself that I wanted to be an artist, I went through a phase where I thought I just wanted to be a songwriter for other artists. I dove in and researched a bunch of the Nashville songwriters that are responsible for a ton of hits like Aimee Mayo, Hillary Lindsey, Jeffrey Steele, and the list goes on and on.

What made you switch from that idea to making your own music?
I finally got enough courage to try! It’s one of those things where you have the desire to do it, but you don’t necessarily have the skills yet. I put in three to four years of work just studying song structures and songwriting theory. I joined songwriting circles in four states and met all sorts of people with all sorts of stories to tell. It went from that to thinking, ok, maybe I can write songs and sing my own demos, to ok, maybe I can record my own EP, to ok, I’m going on tour!

Do you have a dream collaboration?
There are so many. I really like and have been listening to a lot of Band of Horses Live and Acoustic at the Ryman over the past few months. It’s just beautiful. I would also love to work with Noah and the Whale.

How is touring in Southern California going for you?
It’s amazing. It started out as just my drummer, Lincoln, and I, and now we’ve somehow amassed a full band! I just started playing shows a little over a year ago, so it’s been really eye-opening to experience and learn this side of the business. I love seeing the audience react to the new material; live music is and always will be one of my favorite things in the world.

Loren North’s Stunning Video for “Feel It Out” 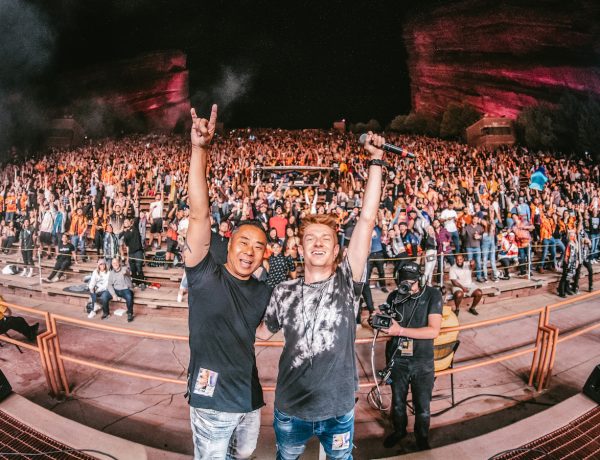