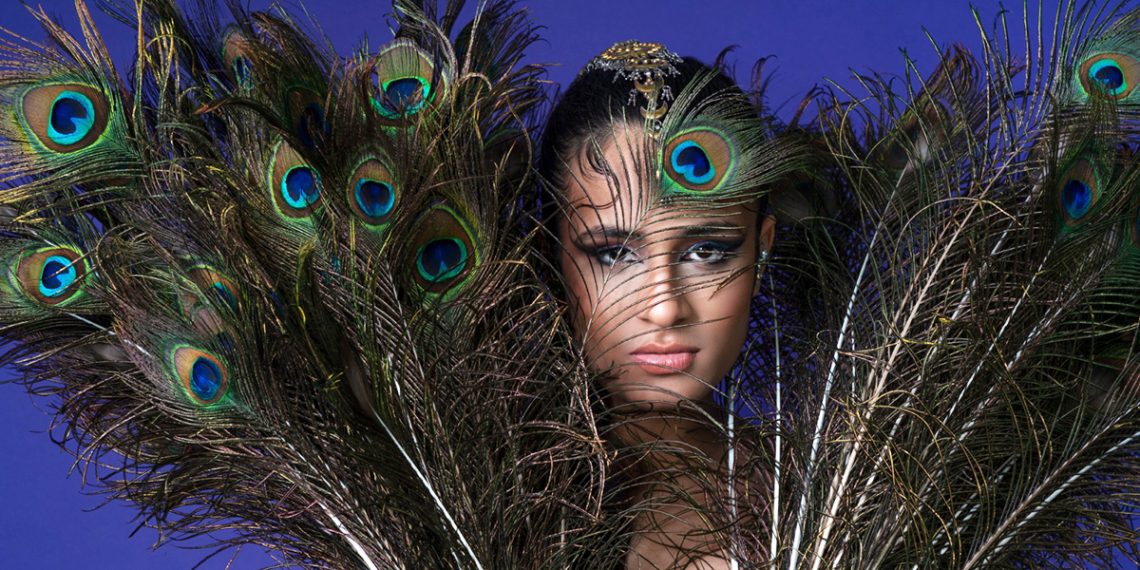 Music has proven not only to be RIDI’s anchor in changing times, but also her compass to her true self. “Whilst I was transferring schools and changing systems, I felt as though nothing really was permanent and solid,” she admits. “And that’s when I started to write and felt really connected with music. Although truthfully, I never expected it to be my calling, as it’s always just been the way I express myself, but over time I realized that people were responding to the way in which I told my story. For me, music is always about telling your listeners who you are, what you believe and what you stand for, through your lyrics, tunes and beats. As I write my own music, I think that the most important thing I have learnt in my musical journey is to be true to your authentic self and listen to your inner voice.”

RIDI has done more than just resonate as an artist, she’s gone viral. Her debut single, “Top Guy,” has been viewed millions of times. She’s taken its massive success as a green light to continue growing. “ I really enjoyed the whole process of creating ‘Top Guy,’ and learnt so much from it and I am so overwhelmed that it has already received over 2.7 million views on YouTube. Since then, I feel like I’ve developed and matured in my sound, so I’m so excited to see how listeners respond to ‘Merry Go Round,’ particularly as it was created with a world-class production team, but also because it’s the first song I’ve really felt I’ve fully given my heart to so far. I’m finally starting to discover myself, whoever that may be, and am starting to see what makes me truly happy. ‘Merry Go Round’ is the epitome of this realization, so I really hope those that hear it can come on this journey with me.” The theme of “Top Guy” serves as a grounding influence in this process. “The main essence of the song is to be true to yourself. I wrote the song at a point where I truly didn’t know who I was and who I wanted to be, so it definitely was a ‘awakening’ moment for me. I’m still young, so discovering myself is a big part of what I do [laughs], and music is really like my best friend who helps me do this. As we all know, life can suck, but karma is real, and what goes around will come back around! As people grow up, they often think that they have to act and speak in a certain way, without expressing how they truly feel about things happening around them. I hope that by listening to my music, people understand that we are all just on a ‘merry go round’ of experiences, and that everyone is going through the same thing. I find it sad that some of my Indian peers feel the need to hide their country and culture because of the stigma attached to owning their country. In fact, for a while too I would hide my country. I’m not proud of it, but being a kid who just wants to fit in I can understand where these sentiments came from.”

These feelings became the seed that eventually burst into bloom in her latest single.”‘Merry Go Round’ means so much to me and I’ve put so much time and effort to get this right. Heartbreak, loneliness, love, joy and many more feelings, are all emotions we experience from a young age and are, ironically, the same emotions we experience when we’re older as well. So, in essence, we’re all just living on a ‘merry go round.’ We may choose to forget who we are for a while and instead explore the world around us, but in the end, we will always remember who we are inside, and that no matter what, no one can ever break us. It’s so hard for me to explain the song when everything I want to say is just the song itself. It took me more than three months to fully finish the song, so explaining it briefly is so hard for me!” RIDI doesn’t shy away from blurring preconceived genre boundaries. “As I grew up in and around so many cultures, my music is definitely a hybrid of different sounds, influences and identities, which you don’t often see in music. People are so keen to categorize music into ‘Indian music,’ or ‘Western pop,’ but my sound doesn’t neatly fit into one category. Instead, it takes a bit of all of this and blends it into something that I think is unique and musical, while carrying an important message through the lyrics that I wrote myself.” 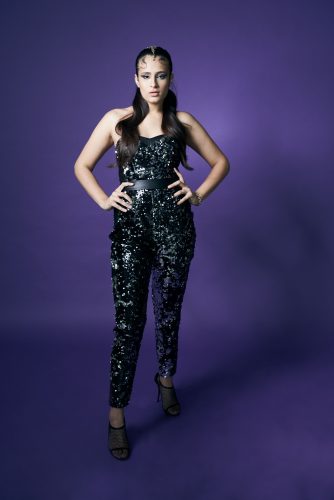 She wanted to ensure that her Indian heritage was prominently on display throughout the music video. “I’ve been a fan of Indian music since I was a child, and have always loved hearing the musicality and the beats within the music. Growing up in an Indian household, I definitely was exposed to a lot of Bollywood classics and Indian favorites! So, I was very fortunate that way. But also, just taking inspiration from tracks I personally like from the 70s and 80s plays a huge factor! In fact, for my latest release ‘Merry Go Round,’ I also worked with a British Indian producer to really bring this ‘Indian vibe’ out in my new track. Which is why it was so important for me to bring this out in the video! Bollywood movies themself have so many musical numbers that I just had to have something that would incorporate this aspect of my culture in my music video! We actually brought on the same production team that did the amazing video of ‘Lean On’ to help bring out this Indian side. I also wanted to film in a castle location because ‘Merry Go Round’ is still a western song and has my western roots in it too. And what better place to do this than in a castle? So we mixed the idea of having a Bollywood style music video and castle and ended up having a Bollywood style music video in a castle! Which is quite cool if I may say so myself!”

In the end, we are all just experiencing cyclical patterns of the same core emotions.”The track explores the circular nature of life and the fact that no matter what age we are or what phase of life we are in, what we go through always comes back around, but in different forms. We may choose to forget who we are, but in the end, we will always return to the very ethos that makes us all who we are. A merry go round itself is a very circular ride. When we ride this ride as children we get amused by it even though we are just passing through the same point again and again and again…but isn’t that how we are as we grow older too? We look at the news and see the same thing and feel the same emotions again. We go through a heartbreak again and still feel the same emotions. We eat sugar and still feel a rush of happiness again. It’s all just very circular.” It’s up to us to learn – or at the very least, persevere. “I know I’ve made the same mistakes time and time again but I’ve also learnt from so many past experiences. But I’ve also encountered problems from the past again and not made the same mistake but have still made a different mistake. So, I think life will keep throwing problems at you until you learn to solve them and whether you make the same mistake again and again doesn’t matter.”

RIDI is cautiously optimistic about her musical horizons. “I find it so scary predicting the future, because no one can really know what is to come next. But presently I have loved seeing the response to ‘Merry Go Round’ and how people react to this track as I have given it so much of my energy and love. I’d love to see especially how this plays out on social media and see what people think there and how they engage and respond to the track. In the near future I actually have a lot more songs I’m releasing, all with the Indian vibe mixed into it. ‘Bitchy Bitchy Bang Bang’ is the next song, and for now I’ll let the title do some of the talking! Eventually, I am thinking of doing some live music projects in London, where I am studying Engineering. I am so excited to share a piece of my culture with every future song I make and release!” We more than share her enthusiasm! Check out RIDI’s Spotify here.