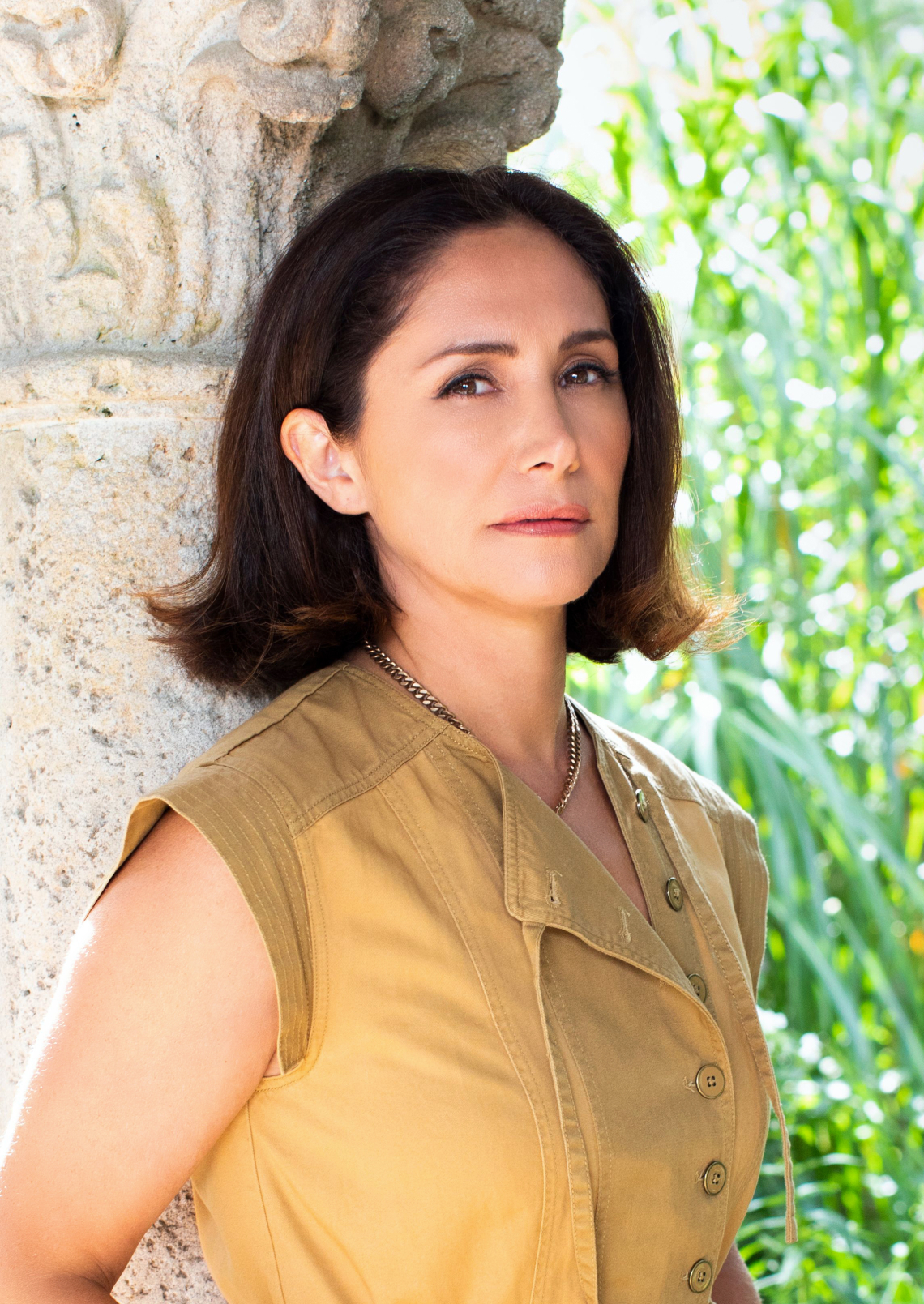 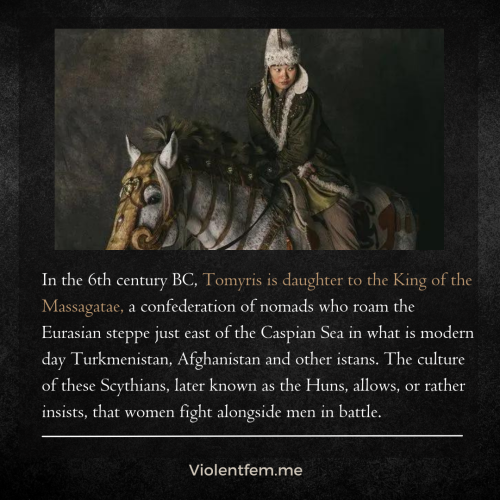 As we reflect on Women’s History Month, we should take a moment to remember the women that society has shoved into the margins. For Rahaleh Nassri, these women often have more than a little blood on their hands. “If I’m being honest, it’s infuriating that it’s even necessary to have a women’s history month. We don’t need a men’s history month because men’s stories have not only been told, they’ve been retold over and over. Women’s stories, especially if the subject was a powerful woman who helped, defeated, or killed a man have been dismissed, glossed over, or suppressed. In my first episode of Violent Femme I cover Tomyris who defeated and killed Cyrus the Great. I’m an Iranian-American and although I spent my whole life in the United States and grew up in South Carolina, my heritage has meant I have heard many stories about Cyrus the Great. Never ever had I heard that this great leader of the Persian Empire was defeated and killed by a woman whom he tried to force into marriage. When she refused, he invaded her land. That portion of the story was left out in the writings and oral histories that I was exposed to throughout my life. The predominant tale about his place in history is that he was a benevolent ruler whose empire, the largest in history up until that time, put forth a charter on basic human rights in occupied lands. What about all the invading, killing, conquering, and occupying that precedes his “benevolence”? Why did history not celebrate Tomyris, the person who defeated him because she did not want her people to be subjugated? So the first Violent Femme episode I made was on Tomyris.” She finds the legacy of Catherine the Great most compelling. “She ruled thoughtfully and helped modernize Russia. She lived her life in a way that made sense for her. A woman as powerful as her would find it very difficult to find a life partner equal to her, who does not feel threatened. It would be hard for such a woman today, let alone in 19th century Russia. Catherine II had many different partners, lovers who also fulfilled her intellectual appetite. She was generally monogamous but went through many men in her lifetime in order to fulfill her needs. She was courageously true to herself in the way she learned, ruled and lived and frankly that is what everyone hopes to do in life, man or woman. Russia was never better than when it was ruled by her (look at who rules Russia today).” 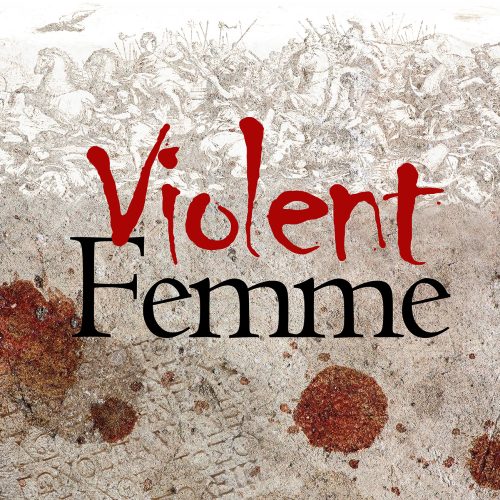 Rahaleh’s fascination with murderous and unapologetically transgressive women led her to launch her podcast, Violent Femme. “Violent Femme is a narrative podcast about women in history who resorted to violence at some point in order to achieve some level of greatness. Each episode resurrects a woman in history whose actions and accomplishments have been dismissed, glossed over, or maligned in some way.” History has unsurprisingly tried to relegate these women to the dustbin, largely due to male anxiety around maintaining the mythos of femininity. “There is motive behind each story told and that includes history, especially the further we go back. For much of human history power has been derived from strength and fear. Men wrote history in order to elevate their country, race, themselves, their friends. To instill and perpetuate the idea of their own strength and superiority in the world. Women were needed at home to care for children and communities. They wanted women to be saints and that is why stories about great women in history focus on saints or saint-like qualities. It may have not been a conscious effort, but men who wrote history wanted to hide, or at least not highlight, the fact that a woman helped discover something in the scientific field or defeated men on the battlefield. Dig deep and you’ll find that much of what is considered ‘factual’ history is closer to white male propaganda in many instances.”

Rahaleh has been enraptured by the pursuit of power because of what it says about us as a society and the true roots of misogyny. “Power first and foremost comes through violence or the threat of violence. Of course, we do not want it to be that way, but that is reality. The silverback mountain gorilla must fight for supremacy in the jungle; American rebels fought against British oppressors and rose to power; the power balance does not change without a fight. Women want and deserve power parity but it has eluded us partly because we are going about it via the kinder gentler route. Shining a light on how we have been victims, while necessary in exposing bad actors like Harvey Weinstein who have gotten away with so much for so long, is good in that he is no longer able to do what he did. On the other hand, we are not only revealing more and more about our vulnerabilities, we are holding ourselves up as victims. And who wants to give power to a victim. Men in power do not, and will not, but even the few women who have managed to wrest some power within this inhospitable system do not want to give power to the victimized. It’s just human nature. Power cannot rest in the hands of those who are comfortable in the victim role and that is unfortunately how most people, of both genders, across the globe see women. That is how we have been portrayed, but that is not the truth. Telling the truth about women’s past history and our own capacity for aggression, which is completely human, is how we can counter our perceived frailty.” 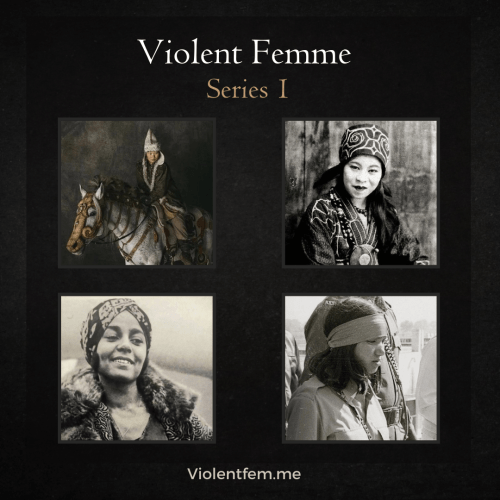 When women in history are violent, it’s usually because they’ve run out of other options. “Because of how women have been inculturated, it is almost always the last resort. In almost every instance they avoid violence up until the bitter end. And even then, they don’t respond with violence because their ego or livelihood is at stake. They resort to violence when the alternative is death or when their children, close relations, or their people have been harmed.” Their choice of violence stems from necessity. “Most of the women I cover have not sought to dominate. Some have resorted to violence to survive, others to make a place for themselves in this world, but they were not trying to dominate. They defended, expanded, built. All of the women I cover were incredibly smart. I believe they realized that in their time and place there was no other path and they had the audacity to relentlessly go after what they wanted employing methods that were considered unseemly in women but acceptable in men.” Perhaps we are shocked by the notion of historical women in power because it is still such a rarity in the modern world. “There are so few women in power today. It is shocking and scary how far we have not come. In fact, finding, researching, and learning about these women has made me realize it was rare, but quite possibly easier to accept a woman in power 100, 200, 300, years ago or more.” As for why we tend to link ruthlessness with maleness, Rahaleh muses, “It is convenient in upholding the patriarchy that most men, and many women, do not want to tear down. Ruthless is an interesting word because sometimes it’s used as a compliment among men.” 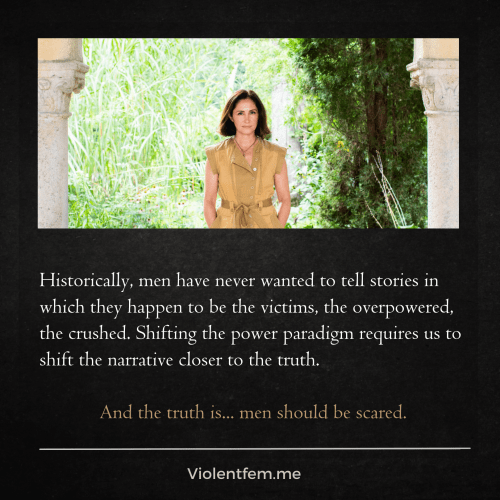 Remembering these women matters because they continue to disrupt traditional notions of gender roles along every timeline. “Among their contemporaries, the actions and accomplishments of the brutal women I covered in Series I of Violent Femme are exceptional. There were no other women like them. The tragedy of modern human history is that we’re not that much further along today. In fact, I don’t think there are any women who compare to them today either. Part of the problem is that their stories don’t permeate the lives of women as they grow up; they are not stories we’ve been telling girls. In childhood and beyond, men are constantly learning about and idolizing not only heroes but villains as well. They play cops AND robbers, pirates, warriors who go to battle, and more. They get to try out what it feels like to be a hero and what it feels like to make a mistake and be bad. Women are told stories of saints and expected to be saints. Our society doesn’t leave a lot of room for women to find redemption. I want to tell these stories to make sure girls grow up learning this history. I want girls and women to give themselves permission to fail and be bad without the fear that it will ruin them for life. In order to reach a position of power, there are struggles to wade through that can require one to be merciless, single-minded, and brutal at times. Women need to know that and be prepared. Because in order to reach a place and time when women have more power, we need to normalize what that power might look like.”