Call Security is an alternative rock band comprised of Ben Scheibel (vocals), Peter Keller (guitar/vocals), Tim Brown (bass guitar), Tucker Jennings (drums), and Chance Jennings (management). From their beginning as a college cover band, they never imagined they would be climbing into to the music world outside of their small, Upstate New York campus. Now they’re gaining momentum, putting their music onto the scene and getting noticed. What comes next in the lives of the five 20-somethings as they enter into the career that seems to have chosen them? We found out!

Cliché: When did you guys all find each other and get started as a band?
Call Security: We started as a cover band at Hobart and William Smith Colleges in 2011, where our outreach was intended to be solely campus-based. Our interest in writing and performing original music was cultivated as we realized our presence on campus and in the local community had been gaining recognition.

When did you guys know you were really going to do this and that this wasn’t just a pipe dream anymore?
The decision to commit to Call Security as a career was made even before we left school. The support and positivity that we received after the release of our first EP, To Whom It May Concern, solidified our convictions in Call Security’s potential and ultimately allowed us to confidently delve into the world of musical creation and performance.

Tell me about you guys as a band. What are you like together?
As a band, we have become known for delivering high-energy live performances. The variety of influences in each member’s musical background blends together in a signature sound, which walks the line between modern and vintage stylings.

What is your creative process like? Where do you guys draw the most inspiration for your songs?
Our creative process, in this way, is highly collaborative. Ideas are shared in a forum that promotes making each song our own, regardless of who originally brought it to the table.

I’m sure you get the “starving artist” question all the time, but I have to ask: do you all have day jobs still?
While Call Security is a means of creative expression for all of us, it is our hope that it also becomes our livelihood. Much like any other start-up business, Call Security LLC requires funding, which comes largely from our individual work endeavors. Whether it’s through teaching music lessons, serving tables, financial consulting, or handyman work, each member contributes to the band’s efforts.

What are your goals as a band?
We aim to use every accomplishment as a stepping-stone, and we are excited to see how far this adventure takes us!

What do you think has been the most important moment of your journey so far?
There have been many important achievements in our journey, including our relocation to Providence, Rhode Island, and the release of our sophomore EP, Laberge. We have found that each reached milestone inspires us to carry the momentum of Call Security’s success. Playing house parties on campus instilled a desire to play in the local community. Support from small venues pushed us to expand our outreach.

Do you have anything coming up that you’re excited about?
In August, we are opening for Marian Hill at the WBRU summer concert series in Providence, and then later for Phillip Phillips at the [email protected] Festival in Stamford. We are also developing our following through new music and promotional content, like music videos and radio interviews. In the coming months, we are excited to release the new single we have been working on. 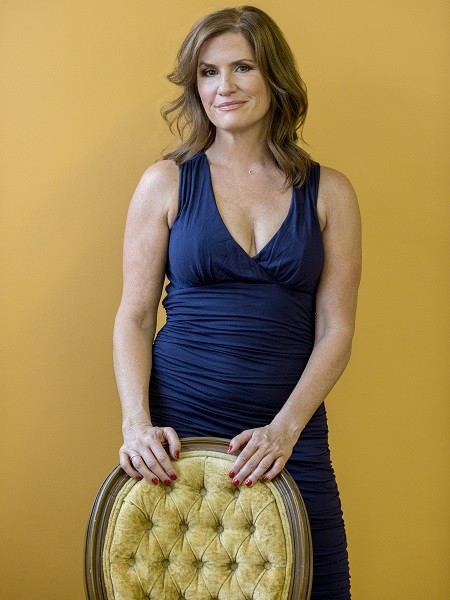 Characters We Love: Jack Pearson of 'This Is Us'