Singer Ellise is taking LA by storm, releasing her first single, and recording in legendary music studios – all before her 20th birthday! Ellise opened up about following her dreams, her musical inspirations, and what love means to her.

Cliché: You moved to LA on your own at the age of 17 and have spoken about the scrutiny you faced bypassing college and choosing a non-traditional career at such a young age. Was it daunting being alone in a new city? How did you know music was “it” for you?
Ellise: Moving to LA alone at 17 was one of the hardest but best decisions I have ever made. Ever since I was a little girl all I knew was music. I knew I would never work a 9 to 5 job or be a businesswoman. Singing is my one true passion in life, and I’ve known for years it would be the only career and life choice that I would be truly happy in. Moving to LA was definitely difficult. I knew nobody, had no friends, and absolutely no knowledge of the music industry. But in my 2 and 1/2 years here, I’ve learned so much, it’s unimaginable.

You have a very close relationship with your mother. What does her support mean to you?
My mom’s support is literally the only thing that has kept me strong enough to overcome all the challenges I have faced since I started pursuing music. I call her crying at least once a week, and she always calms me down. She’s my best friend and my biggest fan, and without her I probably wouldn’t have been brave enough to come to LA in the first place.

You posted a cover of “Hello” by Adele on your YouTube channel in late 2015 and were chosen by UPROXX for their Uncharted series as one of the greatest up-and-coming acts in music less than a year later. Were you surprised that social media fueled the rise of your career so quickly?
I was definitely surprised at how quickly my social media and fan base grew when I first moved here- I still get surprised by how fast my instagram, twitter and spotify grow. It’s crazy to me that so many people care about what I have to say and genuinely want to listen to my music. The power of social media is insane, and I’m so grateful to have such a loving and supportive fanbase.

How did you discover your sound as an artist? Which artists do you look to for inspiration when you’re creating your music?
I think I’ve always known in the back of my head exactly what I wanted my sound to be. Along the way, I’ve had many people try to swag my vision, tell me it was wrong, point me in different directions, but recently I’ve really come into my own. I’m finally making music that I truly love and believe in. “Love Made Me Do It” is a perfect example of that. It’s the template to all my new music. I’m super inspired by Billie Eilish, Cashmere Cat, Ariana Grande, Mura Masa, Camila Cabello, and Tove Lo.

You’ve also recorded at The Village Studios, home to dozens of music legends. What was that experience like? How do you avoid comparing yourself to other artists and maintain confidence in your own work?
Recording at the Village Studios was a surreal experience that I’ll never forget. I was definitely nervous to live up to the standards of all the musical legends who have recorded there, but I was also super grateful to be able to even record there in the first place, so I gave it my best and it went really well.

You have a new single out, “Love Made Me Do It.” What was the creative process behind that song?
I actually wrote “Love Made Me Do It” when I was 17. It was one of the first songs I recorded when I came to LA. I’ve always loved it and believed in it because of the concept. It’s vague, so people can interpret it however they might, but overall just talks about how love can make you do crazy things and make you feel insane.

The song seems to reference love being all-consuming and having the potential to push someone over the edge. How does this reflect your perspective on love? Is it a commentary on the intensity of love in general, or is it possible to love someone too much?
I don’t think it’s possible to love somebody “too much,” but I do think that being truly in love with someone can drive you crazy. People use the term “I’m crazy about you,” and for some, it really rings true. I believe that love is the strongest force we can feel as humans, and it’s enough to make anyone feel a little crazy.

How have your fans reacted to the song?
The positive response I’ve gotten to the song has been overwhelmingly amazing. I’m so happy with the reaction. It’s been so cool to see people make covers, create lyric videos, post screenshots of them listening over and over again, and even making funny memes about the song!

Ten years from now, how do you think you’ll look back on this period of your life?
I think ten years from now, I’ll probably look back on this period of my life as the first true building block to putting my foot in the door of pop music. My first single is out, my first music video is about to come out, and I have so much more music to release this year.

What advice would you give to young girls hoping to pursue careers in the arts?
I would say, remember to not let anyone else’s opinion come before your own. I would also say to stay strong through every mishap and mistake, because they will happen. It’s hard, but taking setbacks as a learning experience rather than getting upset and feeling demotivated is very important.

Read more Music Interviews at ClicheMag.com
Love Made (Her) Do It – Chatting with Singer Ellise on Chasing Music Stardom: Photo credit: Sam Dameshek

ElliseLove Made Me Do It 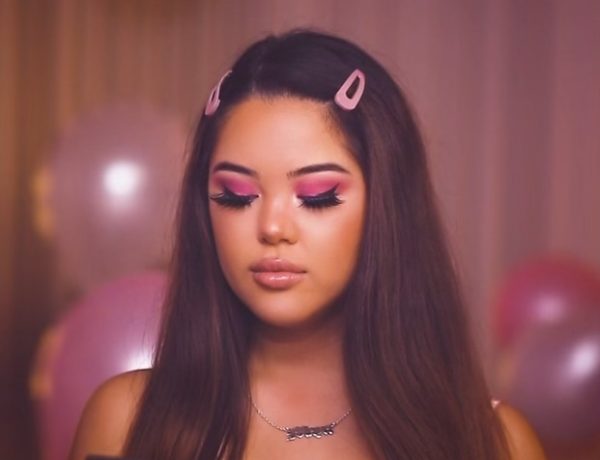 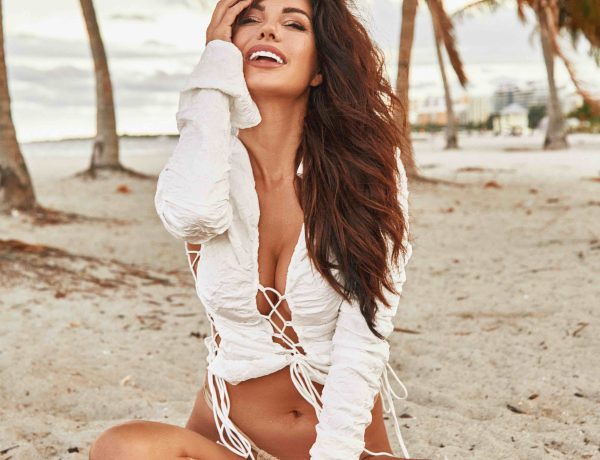 Victoria Vesce on Overcoming a Brain Tumor and Coping with Loss

Basketball Shoes for Her