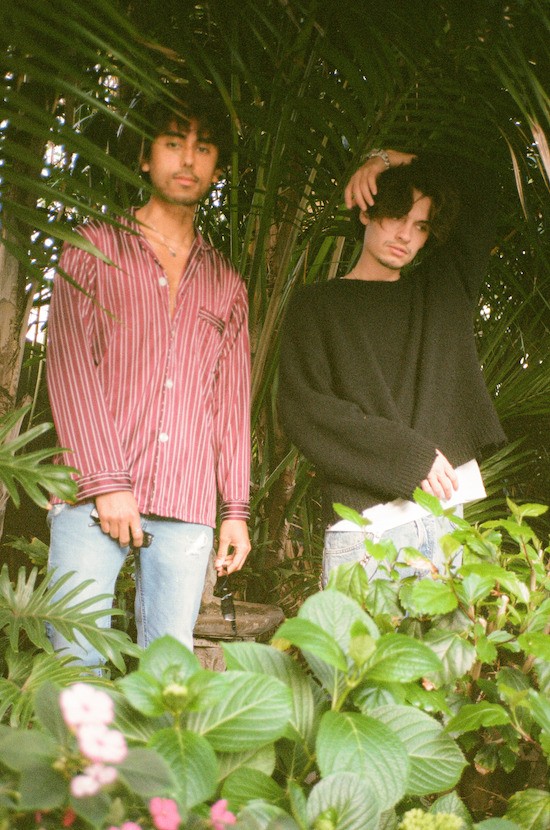 “A breezy, poppy tune, but the two aren’t limiting themselves.” – WWD

“Bleeding between a stream of incandescent guitar hooks & sultry vocals.” – The Line of Best Fit

“The vibes are immaculate with this one.” – J-14 Magazine

Today (8/25), LA-based duo Motel 7 arrives with their latest single “Things I Hate,” an introspective dive into the LA nightlife scene. “We’re writing about being dragged into another night surrounded by ‘people and places and things that I hate,’” the band expresses. Distorted and crunched up guitar tones merge with dynamic synth pads and textures as Motel 7 combines the elements of rock and hip-hop cadences to their overall resonance. The self-awareness theme associated with “Things I Hate” triggers anxiety and that feeling of wanting nothing more than to just be at home wishing you never went out in the first place.

Motel 7 shares this of their single:

“The concept of the song is kind of an ode to LA nightlife. An ode that in a way shits on LA’s occasional bad reputation with going out, partying, drug use, and any bad temptations that occur while doing so. We all have been there at some point I’m sure. Many people would easily repeat it all over again the next day, or next weekend. You see that a lot in LA, NY, Miami, or wherever nightlife culture is a big thing. It can be hard to avoid it.”

Last month’s single “Messing With Fire” highlighted the theme of battling your emotions in a vulnerable state. Airy vocals dance on top of a driving 808 that compliments an array of distorted drums and electric guitar. With a chameleonic approach to alt-pop, the duo’s recent effort is fueled by summer-soaked arrangements, lo-fi alternative beats, and vibrant textures. Accompanied by a Paris Brosnan directed music video, the clip takes listeners on a delirious journey back to the past with 90s style visuals. As we adhere to the band’s lyric “Why are you messing with fire / Trying to get higher,” we recognize both the truths and falsehoods of our own identity.

The first single off their upcoming project  “Are We There Yet” is an ode to an epic road-trip. Over high energy indie guitar riffs, drums, and a singable hook, “Are We There Yet” captures a feeling of escapism in a time where escapism is not only desired, but downright essential. No hyperbole here, Motel 7’s earlier track is still a clear cut front runner for the ultimate 2021 summer song. In conjunction with the release is their ocean-soaked music video directed by Paris Brosnan. Climbing into a 1960’s marigold Mustang, Khabbaz and Lee traverse down the iconic Southern California PCH. The overall theme for the music video was built around the concept of two boys heading out on a spontaneous adventure the day after having a long night out in town. 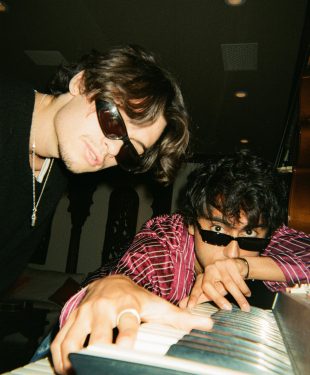 Meet Motel 7, whose sun-drenched and vulnerable ballads, odes to summer, and recounts of unrequited love underscore the excitement of youth—ups, downs, and everything in between. Forged together from their shared appreciation of the softer-side of electronic production while students together at music school, Anton Khabbaz and Dylan Jagger Lee sensed a creative vacuum they needed to fill. After several sessions testing the waters and valuing spontaneity, Motel 7 was born. Once Lee began experimenting with vocals and singing, a talent he didn’t initially know he possessed, the duo emphasized writing without boundaries, staying up until the wee hours of the morning, and throwing up tracks on Soundcloud, garnering a healthy potpourri of listeners in the meantime.

Released this past January, Reminder Not To Think Too Much is the manifestation of the fecund environment from which Khabbaz and Lee thrived. Originally released anonymously, it raked in an impressive five million streams, a testament to their active track-posting online. Songs like “It’s Alright,” “We Can Never Let Go,” and “But Now It’s Gone” highlight the timelessness of acoustic arrangements and oozing vocals. The EP also served as an overture to their overall creative and melodic vision, which has progressed and been refined in their upcoming still-untitled EP, slated to release this fall.

The larger body of work will feature a diverse array of sonic references and emotions primed for the car stereo on the Interstate. For now, Khabbaz and Lee plan to write and produce in the seclusion of Napa Valley or Big Bear, expanding their discography, fine-tuning their artistry, and just enjoying the ride.

Motel 7 – Are We There Yet (Music Video)