Texas pop punk band Dear You has just released their 6-track EP, I Can Only Blame Myself, and it’s one infectious song after the next. Heavily influenced by The Wonder Years and The Dangerous Summer, Dear You’s lyrics are honest and intimate, and their newly released EP is a true testament to their maturity.
“We chose to name I Can Only Blame Myself after the last lyric of the last song on the album,” says the band. “[We believe] we have only ourselves to blame for our success or failure, both with this band and in our lives.”
The EP itself is a rollercoaster ride of the trails of love, friendship, and life, and the relationship between the three. In the end, all the tracks circle back to the title and theme of the EP. “We wanted it to be perfect so badly, and to say all of the things and sound all of the ways we haven’t in the past 5 years,” says the band.
According to the band, the title track revolved around the idea of people changing and drifting apart as they ventured through life, and the fear of losing what’s most important to you along the way. “It’s such a scary thought that things can change and people can just let a grudge get in the way of all the great things you used to have with other people,” says lead vocalist and guitarist Chris Roach. The repeated line “Will you still be around when I’m older?” stems off this idea directly, fondly, and hopefully.

The track “This Is How You Rewrote Yourself” is perhaps the most optimistic song of the compilation. “I love this whole song, everything about it,” Roach explains. “It is, to me, the happiest and most uplifting song on the EP.”
Other key tracks include “Shipwreck,” which addresses the idea of religion and faith, and “Castles,” which is strictly about the band losing another bandmate, Mason, who left to pursue another career. “[The song is] a really accurate portrayal of just how weird and bummed out we all were, and how awkwardly we had to struggle with a new flurry of emotions,” explained Roach.
“Maybe I Didn’t Feel A Thing” (which was written with “Castles” in mind) and “Have You Already Forgotten My Name?” circle back to the idea of overcoming life-changing challenges, taking responsibility for your decisions, and most importantly, learning from them.
For information and to listen to the EP, head on over to dearyoutx.com!
DID SOMEBODY SAY “FESTIVAL”?
Dear You will also be playing at the South By So What music festival at QuikTrip Parkin Grand Prairie, TX on March 20-22! Get you tickets by going to www.southbysowhat.com today!
BY MEGAN PORTORREAL
Dear You Releases New EP “I Can Only Blame Myself”: Photograph courtesy of The Official Dear You Facebook Page 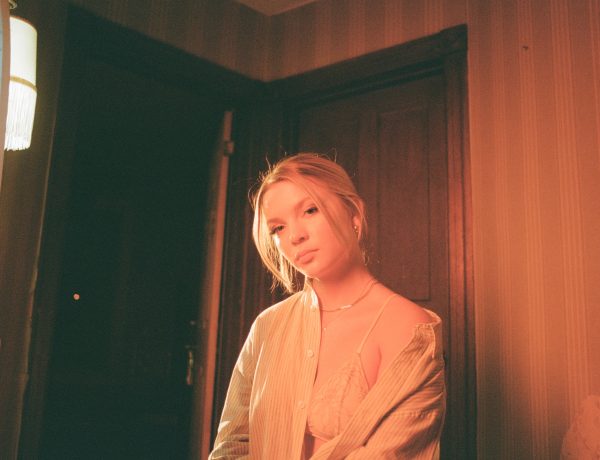