Today we want to share with you the best Finnish bands and artists of 2020. More Finnish bands and musicians have become international superstars than you may think. However, most represent Finland’s love of heavy tunes. Rock and metal enthusiasts will surely be aware of such greats as Nightwish, The Rasmus, and HIM. While rock and metal are still trendy in the Nordic country of Northern Europe, bands and artists from a wide variety of genres are currently gaining a lot of notoriety in Finland. And it might not be long before they become international household names.

Over the last few years, Plastic Tones have become a staple of the Helsinki underground with their uplifting pop-punk sound. Plastic Tones are also one of the hardest-working bands on the circuit. They have played hundreds of highly-energetic gigs over the last few years. If you ever get the chance to see them live, do so. You won’t regret it. Plastic Tones have only released one album so far: 2017’s Wash Me With Love. The album is a real pop-punk gem that never gets stale. It’s the perfect album to play while doing the washing-up or playing a slot game like Punk Rocker at a Nettikasino, which means “online casino” in Finnish.

Helsinki-based garage rock band Pintandwefall may have been around since 2006, but they are currently thriving on the Finland music scene with their 2020 album Your Stories Baby. The band’s debut album Wow! What Was That Baby? was released in 2007, and Pintandwefall won the prestigious Sound and Frenzy band competition in the same year. The music is a heady blend of melodic pop harmonies, thumping rhythms, and catchy hooks to rival the Spice Girls’ best songs. Pintandwefall are as well-known for their costumes as much as their music. The four girls, who are called Dumb Pint, Cute Pint, Tough Pint, and Crazy Pint, always dress up in Zorro-like masks and outlandish attire, guaranteeing that their lively-concerts are as fun as can be.

Mikko Pettinen has been known on the Finnish music scene for some time, with groups like Higher Ground Vocals and UMO. In 2018, he got together with bassist Vesa Ojaniemi, drummer Tuomas Timonen, and the multi-talented multi-instrumentalist Joakim Berghäll to form the group Why Not. The band’s compositions are a delightful mix of acoustic jazz, electronica, world music, and improvisation. And when you know that they are inspired by themes like dystopia and climate change, the songs will affect you even more deeply. If you are looking for something genuinely original and hauntingly beautiful, check out Why Not’s album Two Suites for the Change.

The Finnish Liberian-born singer and rapper Jesse Markin started his music career as one half of the hip-hop duo The Megaphone State. In 2019, he released his debut solo album Folk. The first tracks to air were Blood and Will Shoot, and they immediately showcased Markin’s ability to write unique and versatile songs in different tones and styles. He is the kind of artist that comes along only once in a blue moon, and you are sure to hear a lot more about Jesse Markin over the next few years. At Finland’s 2020 Emma-gaala awards, which shine a spotlight on the most distinguished musical artists of the year, Markin was awarded the Choice of Critics and the Newcomer of the Year awards.

When the album ABRACADABRA came out in 2018, Lac Belot became an overnight sensation. Lac Belot is the brainchild of artist Jarno Takkumäki. His pop-folk album is an incredible and captivating journey of melodic masterpieces and driving rhythms that have been described as “art orchestra.” ABRACADABRA is refreshing, beautiful, and endearing. Lac Belot was nominated for the Critic’s Choice Award at the 2019 Emma-gaala awards, and he is sure to actually win an award in the coming years. For a young singer-songwriter, Jarno Takkumäki has an impeccable talent and a beautiful voice that would surely soothe even the most hot-headed punk rocker. 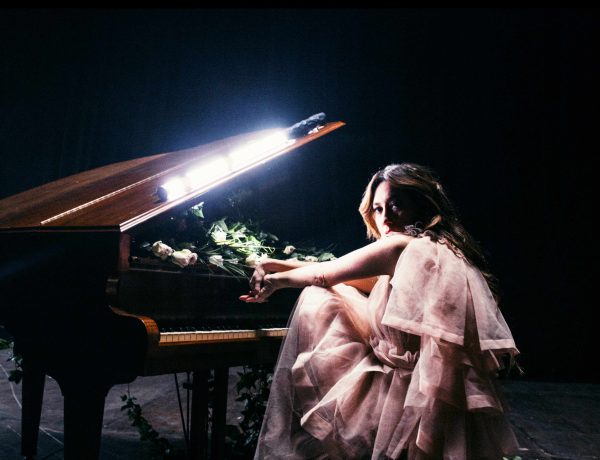