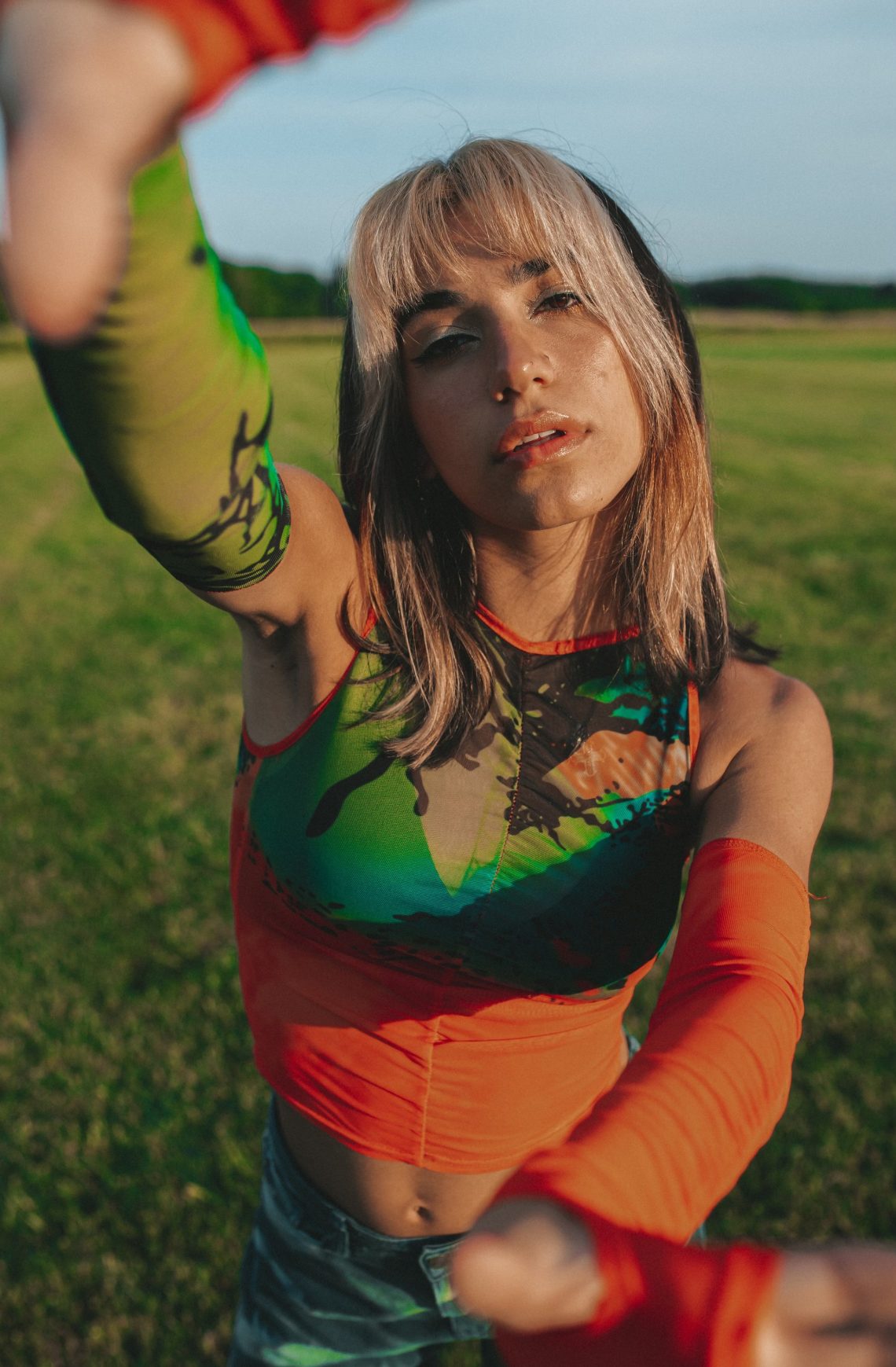 Anna Thoresen put quarantine to good use, recording the entirety of her single “I Think This Is Love” during lockdown. “It was such a release and so genuinely fun, and obviously because of the pandemic I wasn’t going anywhere so I really took my time with it. I was actually never planning on releasing it originally, so there was really no pressure to finish it and it took me almost a year to actually complete the song and decide to put it out. The song sounded completely different at first and it went through a lot of different phases before getting to the final draft. I had never made a beat or written a real song before so getting to experiment with all aspects of producing and songwriting was super exciting. It was kind of like a crash course for me too since I was so new to it all,” she admits.

Focusing on music helped her to cope with the massive changes of starting college on top of COVID. “I graduated high school and went into my freshman year of college in 2020, and I really wanted something to look forward to since I didn’t get to make a lot of those core high school/college memories the ‘normal’ way, and making this song was definitely that something. It also was what really made me realize I wanted to produce my own songs. I had procrastinated making music for so long because I didn’t know how to and I think a part of me was too scared to try, but when I finally let myself try I of course fell in love and I’m so much more comfortable writing and producing now.” Discovering her sound is still a work in progress. “Honestly I feel like I’m still developing my sound every day, but I really love to experiment with production and just sing/write how I’m feeling, I feel like that’s the only way to really do it. I would never write about something I didn’t know about, just because I don’t want to be anything but authentic when it comes to my music. I think that the more of yourself you put into your work the better it’ll turn out to be. I also think because I had such specific influences growing up that it definitely translates into my music now. As a young kid I listened to artists like JoJo, Kelly Clarkson, Natasha Bedingfield, Rihanna, and so many more that I definitely feel like helped shape my voice.”

Anna’s latest single, “Party Girl’s Lament,” explores the mirage of escapism that substances supposedly provide. “It’s about the story of a girl who can’t seem to run from her problems, even though she tries to by using drugs/alcohol. The song follows her through a bad party, and takes you through all of her thoughts and feelings. This song is inspired by not only my experience with addiction to drugs and alcohol at a young age, but the people around me, who haven’t even turned 21 yet, who are going through the same thing. It took me about a week to complete. After my friend Matt sent me a guitar loop I really loved, I just started to mess around with putting vocals on it and I ended up loving the direction it was going in. I had bits and pieces of the song written but they were all part of other songs, so I took out all the parts that meshed well together and created a new song from my old ones, which is something I find happens often when I’m writing.” 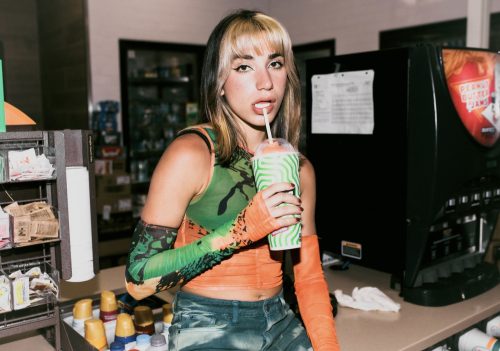 Addiction took hold of Anna as a teenager, triggered by mental illness. “I guess the main root of it was depression and anxiety. I didn’t have the emotional maturity to fully understand what I was going through at the time and how to cope without a substance. High school was pretty hard for me, especially towards the end, so I would use substances to try and run from my feelings without even realizing I was even doing it. I got caught in an almost four year cycle of prioritizing substances over everyone and everything else in my life. Only within the past few months have I finally started to overcome my addiction issues and I’ve never felt happier and more excited about life!” She thinks that it’s time that we more critically re-examine the permissive attitudes around youth and alcoholism. “I feel like heavy drinking is normalized at such a young age in the U.S., especially with college kids. I think it gets pushed under the rug and usually looked at as kids just being wild and crazy, but I think it can easily get to a point where you end up doing too much and it can get dangerous. It’s so easy to develop an addiction issue when you don’t have to worry about your parents being around and you suddenly have all the freedom in the world to do what you want in your own space. Addiction almost always goes hand in hand with mental illness, so if you’re not taking care of your mental health it’s very easy to get caught up with substances.” It’s crucial that we draw a clear line between party culture and addiction. “I think just talking about it helps a lot, because a lot of people might not even realize that their own habits aren’t healthy until hearing someone else talk about their experience. At least in my experience, I know it took me a while before I realized I had a problem, and even longer to actually do anything about it. Also I know there are a lot of other artists who have spoken out about their own issues in the past, and I think the more people who are in a place where they can be honest and want to share their experiences, the more awareness can be raised.”

Anna wants to share her story in an effort to inspire more conversations around youth substance abuse. “I’m just going to continue to speak out on my personal experience in hopes that someone who needs to hear it will listen and it helps them heal. Hopefully in the future I can do something with charity and be able to help at a larger scale, but for now having conversations with friends and family and making music about it is how I’m going to try to break down that stigma. She’s going to continue balancing music and education. “I plan on coming out with a self-produced EP by the end of the year, and I’m trying to play some shows locally here in NYC. I’m also currently in school for music production and should graduate next August, so I’m really looking forward to learning more about production and composition. I’m just gonna keep writing and hopefully I’ll be coming out with much more music very soon.” We can’t wait to watch Anna fully thrive in her sobriety and flourish as an artist!