Female artists are, more often than not, discouraged from writing about their sensuality in their music. However, Seattle-based alt-pop artist ALITA is here to prove that there is power in owning your sexuality as a woman. ALITA is back with her new single “Bodies” that is equal parts passion and power. The sultry track, laced with 80’s synths, offers a personal look at sensuality and the strength of being a woman. Her inspiration for this track came from her discovery of the translucent and unimaginative male perspective of sensuality in R&B music. We caught up with ALITA to talk about “Bodies”, female empowerment, and much more!

How have you been spending your time in Quarantine?

It has honestly been a lot of what I’m currently doing, which is sitting in the yard with my dogs. About a month ago, I started experimenting with remote sessions. While it’s definitely not the same as being in person, they have gone really well! Like most people, my entire schedule & routine has been uprooted. Trying to find any sense of balance between work and the rest of my life has been non-existent. But I’ve also had the time to slow down and work on some house projects I’ve wanted to do. I’m fostering a dog for the first time, I’m learning to garden, working on new music. It could be a lot worse!

I saw that you have been doing a #ALITAcoustic cover series on your Instagram! Are there any upcoming covers we can expect?

Definitely! I did a Watermelon Sugar cover, accompanied with a homemade quarantine music video. It premiered on Stage Right Secrets and was a ton of fun! Right now, we’re focusing on getting “Bodies” out the door, but after release week, I’ll definitely pick up doing more covers. They’ll be uploaded on my socials every Thursday!

Who are some leading female voices today that inspire you?

Musically, my two favorite female artists right now are LEON & Lennon Stella. They’re exceptional – I’m serious. Sit down and listen to both their new albums, they’re phenomenal front to back. Overall, I’m a huge fan of Viola Davis, Lady Gaga, and Rihanna. They’re all powerful, confident, truth-speaking women. I admire people who walk through the world with honesty and integrity, especially when it’s challenging. People who stand up and call out injustices and refuse to live in the comfortable. There are endless women who embody those characteristics – so many voices to choose from!

Talk about “Bodies,” what inspired the song and what was the creative process?

On the surface, “Bodies” is a song about sex. With that description alone, I stand by it – I think it’s a bop. But the truth is, the writing process and deciding to release it wasn’t so straight-forward. The song carries a lot of weight for me because as a young woman, talking openly about body confidence and intimacy can still be pretty taboo. Whenever I’m working on music, I’m almost always the only woman in the room. That’s not because there aren’t endless women creatives to collaborate with, it’s more because they’re not always as easy to find, especially in the small music scene here in Seattle.

So when I was toying around with the idea for “Bodies,” I initially shut down the idea. I felt like the unconscious biases in the room would impact my ability to write honestly. I was afraid that I would have to hold back some of my ideas just to feel more comfortable in that space. Eventually, I had a little pep talk with myself and ended up writing it the next day when I had a session. It was freeing and fun to work on, but I wasn’t sure it’d ever see the light of day. A few months later, I brought it to another writing session, revamped a lot of the older ideas and production and finished it up. My manager was really the one who was pushing me to release it. She loved the idea since day one and I have so much faith and trust in her that I thought “alright, maybe she’s onto something”. I think a lot of that hesitancy was coming from my fear judgement. I claim confidence a lot of the time, but when push comes to shove, releasing a song about sex and releasing shame around it is intimidating.

The topics of female sexuality and intimacy are often told from the male perspective in music. How important is it for you as an artist to reclaim that narrative and share it from a woman’s perspective?

At the time I wrote “Bodies,” I was listening to a lot of male R&B and hip hop artists. I was bored with how unimaginative lyrics and stories about sex are. That was another reason I wanted to take a stab at it. I think challenging the taboo around sex is important for a ton of reasons for women. One of them being that I want women to feel empowered and entitled to pleasure, and I want them to feel comfortable expressing themselves with their partners. Women are entitled to enjoying sex! Another darker reason, (but extremely important), is that the taboo around women’s bodies and sex affects women’s ability to come forward when they experience abuse, and it affects their ability to be believed. I’m not disillusioned, “Bodies” is not a song really directly addressing that part of reality. However, I do think the more normalized talking about sex, consent, pleasure, communication with partners is… the better it is for preventing a culture that permeates sexual abuse toward women.

What makes you feel empowered?

Pushing my creative boundaries makes me feel empowered. I’m guilty of living very much in my comfort zone, and that ultimately informs what perspective I write music from. When I’m able to push myself just a little further past what my anxiety or nerves want, I know I’m growing.

Who are some of your biggest musical influences?

What is next for you?

More music! Hopefully touring in the new year depending on safety. I’m focusing on pushing further in my own craft. I stand by all the music I’ve put out, I’m also ready for the next evolution and I’m excited to discover what that will sound like.

ALITA has established that her musical journey is about both individual growth and professional progress. Her bold sound beautifully partners with her determination to tell intimate stories in fresh and innovative ways. Her fearlessness in her artistry is what sets her apart from the pack. With each release comes profound perspective as she lays the foundation for what’s to come. 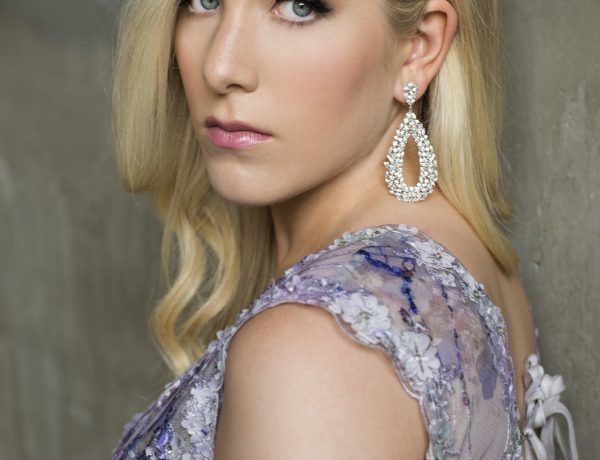 Sleepwoka’s “Together We Are” Reflects On Resilience Of True Friendship

MABES is Back with Tender New Single 'Too Young to Love'