Replacing bad Habits With Better Ones for Improved Health Have you ever considered replacing bad habits with better ones for improved health. If you are keen to be as healthy as possible, there are a lot of things that you might want to bear in mind on that front. One of the most important and relevant is that you are paying close attention to what habits you have, and acting accordingly in order to try and keep the good ones while dealing with the less useful ones. That is what we are going to take a look into in this article.

In the following, we’ll look at the kind of process you can follow if you are keen to replace your bad habits with more useful and better ones. You should find that doing so is generally pretty good for your health and wellbeing on the whole, so it’s something that you are definitely going to want to think about. Let’s take a look.

One thing that a lot of people need to do is to try and develop some self-awareness as best as they can. The more that you are able to do this, the more likely it is that you will be aware of which bad habits you have in the first place, so that is something that you will certainly find can be quite useful on the whole. To develop plenty of self-awareness, you might find that a daily meditation practice can be quite helpful, so that is something that you should certainly consider.

If you have never done that before, it’s a simple case of spending ten or perhaps twenty minutes just sitting quietly and watching what the mind does. Over time, you will find that you get better at simply watching the mind without feeling the need to interrupt it or alter it. And that is a really useful skill to have in general. At the same time, it will allow you to see more and more of what your habits are, and that is what you need if you are going to have much better control over them. You might already have some idea about which habits you would rather do without. Or you might still need to figure that out. In any case, there are a lot of things that you can do in order to try and identify your main negative habits a little more effectively and fully. It can take some time to develop this ability, but again it’s something that will come with practice, and as long as you put your mind to it strongly, you should find that you see some results.

There are some habits which you probably already know you would rather not have, so those might be the first to become clear to you. For now, we are not worrying so much about their solutions, we’re just trying to see which habits you might want to change. Bear in mind that it can sometimes feel overwhelming when you are looking at all of your habits in this way, as it can seem as though there is a huge mountain to overcome. However, it’s still only ever one step at a time.

For now, just identify the two or three main habits that you want to deal with. Those are probably the ones that are causing you the most trouble or pain, or which you just want to be free of as best as you can. In any case, you should make sure that you are writing them down, as in the act of writing something down there is very often a kind of magical change, in that you suddenly see clearly what it is that you are doing. That is then the start of changing your habits for the better.

Figure Out Your Triggers For every habit, there is normally a set of triggers that precede the action in question. That is something that is considerably difficult to identify in some cases, and it’s that difficulty which makes it so hard to overcome the habit itself. That’s part of why you need to drill down deep and figure out what your habits are all about and what motivates them. And getting closer to the triggers that cause your habits is a really important part of that.

As we said, at first it might not be obvious what your triggers are, but hopefully over time you are going to find that they become a lot more obvious indeed. For some of your habits, you might notice that certain feelings or moments tend to precede you engaging in the habits, whatever it might be. But there might still be other, more hidden triggers, which you are not yet aware of. With self-awareness and self-analysis, they will become more and more visible over time, so that is something that you should work on throughout all of this to make it a little easier and more successful for you.

It’s best to write your triggers down as you identify them, because this will help you to actually remember them and figure out why they happen when they do. Ideally, you will write down three columns: the trigger, the resulting action, and what you now intend to do instead of that action in future. Figuring out a new action for every trigger is a really fundamental part of this, and something that is going to take you a lot of time. However, there is no rush in particular, and it’s more important that you are ruthless in the depth of each trigger.

Once you have got triggers and the resulting actions figured out, it’s now time to think about how you are going to support this change, along with some of the main things that you might need to consider for specific kinds of habits. For the actual process of overcoming the habits in question, there are a lot of things that you need to bear in mind. The truth is that it will differ greatly depending on the kind of habit you are looking into, which is part of the reason you might want to tackle one habit at a time when you are doing all this. However, it’s also true that there are specific actions you can take which are known to help for particular kinds of habits.

So a big part of this will be doing your research and asking people who have gone through the same or a similar process with the same kind of habit, to see what they did and what you might therefore want to do as well. The clearer you can get on that, the better.

For instance, it might be that you are trying to overcome quite a big habit, such as an addiction. For that, you might need quite a lot of help, and it might require therapy or Recovery Delivered or something similar. It’s all about finding the help you need and taking the steps you need to take in order to get through it.

Or you might be looking at a much smaller habit than that – something like trying to cut down on your coffee intake, or improve your diet. For that, the kinds of methods you use will of course be quite different, so it’s something that you will need to focus on. But the main thing is that you are using the appropriate method for the habit in question, so that you can expect the change to come as soon as possible.

As we have just alluded to, there are going to be many occasions when you feel you need some help with overcoming a bad habit and replacing it with a better one. If you think you might be in a position where you need someone to give you assistance, then there are many kinds that you might want to look into. It might be that you want to have a therapist, counselor or similar on board, who might be able to help you with those triggers and figuring out why they are there in the first place.

Or you might even want or need medical intervention, in which case that is certainly something that you are going to need to think about. If that is the case, then getting that help is obviously going to be really important, so make sure that you don’t overlook it if possible. The main thing is to make sure that you are getting the help you need when you need it – because overcoming your habits can be a really hard thing to do when you are going it alone. That is something that you should try to remember throughout this entire process.

Those are just some of the things to consider if you are keen to replace your bad habits with better ones. You should find that you are much more likely to achieve that if you have followed these tips. And remember that it is always possible to improve your health in this way, no matter how difficult it might feel.

Investing In Yourself To Grow Your Confidence 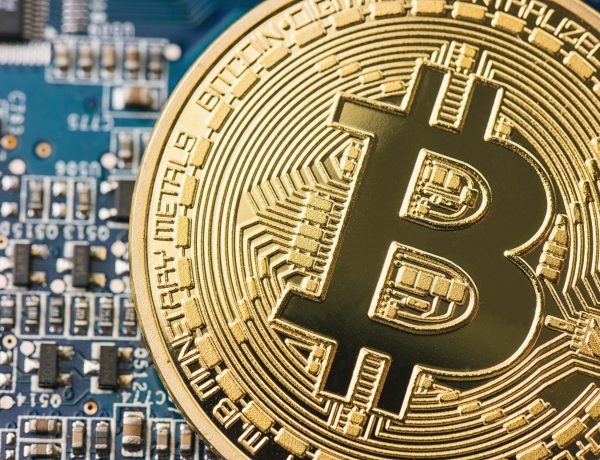 What Are Bitcoin Wallets?

How to Cope With Age-Related Hearing Loss

What Are the Best Jewelry Gifts?