Will the Real Mrs. Maisel Please Stand Up? 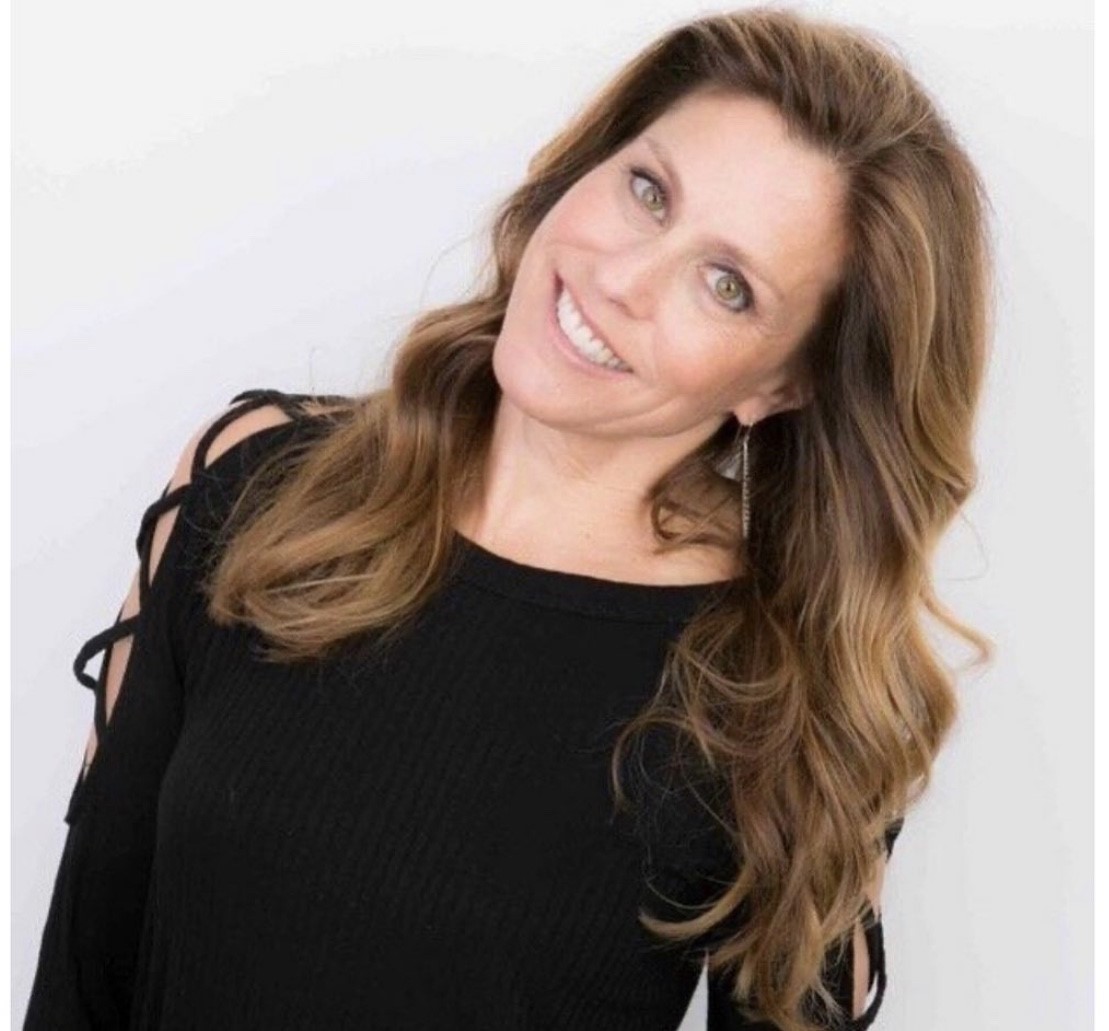 Comedian Felicia Madison was seeking a purpose beyond being an Upper East Side stay-at-home mom. “I always struggled with life as a stay-at-home mom. It is not that I didn’t enjoy being a mother (even though my comedy states otherwise), I just felt unfulfilled and as if something was missing. I always brainstormed ideas and tried to come up with a new business or invention. I joke that on my tombstone it will say ‘She Tried.’  Then one day a friend and I decided to take a comedy class and it all just clicked. I loved it. I was hooked. And the rest as they say is history.” Luckily, sources of material are right across the kitchen table. “My youngest daughter is most like me and as a result, we tend to clash a lot. She is in fact very funny and should probably be a comedian herself, but because I am, she will never consider it. Ironically, she is the only member of my family that has not seen me perform live, but she knows I make fun of her.  One time, she was making fun of me and I got angry with her and she replied, ‘Why? You make a career of making fun of me.’ Touché. A slight problem is as she is getting older, we are actually starting to bond more than ever and I am going to have to look elsewhere for inspiration…and I am thinking the Upper East Side might be the perfect target.  In general, whenever I need inspiration the best thing to do is just live life,” she says. It’s heartwarming to know that mother daughter dysfunction can make a profit for someone other than psychiatrists.

Felicia sees as the real life Mrs. Maisel, presumably to comfort herself that she does not receive royalties from the show. “I wrote a pilot about my life – Upper East Side mom by day, stand-up comic by night – before The Marvelous Mrs. Maisel came out. It was a good thing when I saw the first promotion for it I was on the ground floor, because when I jumped out the window I did not die. Of course, there are similarities and differences, like that show takes place in the 50s and I’m 50, she plays a Jewish mother, I am a Jewish mother and of course, she is not real and I am fake. But seriously, I am Mrs. Maisel and more, because not only am I raising a family and doing stand-up comedy but I am also running a comedy club and a business. I would like to say that Mrs. Maisel considers herself the real-life Mrs. Madison.” She’s always possessed the ability to laugh at herself – perhaps a little too easily. “My family would always laugh at me for being the only one laughing at my jokes. I always used laughter as a coping mechanism. I am very uncomfortable in social situations and have a difficult time making small talk at cocktail parties or any large event. Instead of conversation, I observe and listen and then make a joke. In fact, my first five minutes of comedy was a compilation of jokes made over the years. It was easy coming up with my first five minutes because it was 50 years in the making. The next 45 minutes were much more difficult.” Observation is the key to comedy. “I think comedians just look at things differently than the rest of the world. I find humor in everyday situations. For instance, just the other day, I found myself locked into a follow-up call with a travel company.  I couldn’t be rude and hang up, so I was answering all of her questions.  One was, ‘Are you married or cohabitating?’ and I said, ‘I have to think about that, can I get back to you?’”

Putting the punchlines aside, Felicia uses comedy to respond to the deadly serious events happening in our world. Since the overturning of Roe v. Wade, she requires all open mic guests to show proof of a donation to a pro-choice charity in order to earn their spot on stage. “Obviously, the overturning of Roe v Wade was very devastating. I immediately started to brainstorm and try to figure out how to help. I was tired of marching, talking, and hearing people complain about how upset they were. It all obviously didn’t work. I wanted everyone, male and female, to actively get involved with an organization that is fighting the fight. When I told all the comedians running the mic their immediate reaction was why not just collect the money and donate yourself? I said no because I wanted everyone, especially the men, to actively search and find an organization, put their name and email down and thus become actively involved in the cause. I have men sending me snapshots of their donations to pro-choice organizations, which is cool. Most importantly, now they are on a list and will receive updates and information.” 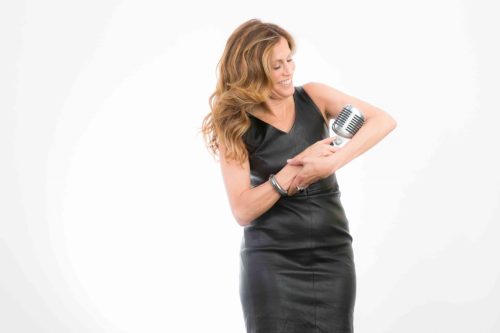 Laughter has become a way for women to just simply process the baffling and disheartening reality of being a woman in America in 2022. “I recently heard Neil Brennan speaking about the state of comedy and how everyone says it is so bad.  His take was, ‘Is it? I don’t think so.’ I kind of have the same approach to women in America…is it bad? I mean I would still want to live in America more than any other country, look at some of the atrocities around the world including the incarceration of Brittney Griner, mutilations, murder, on and on.  So yes, there have been setbacks, but all in all, I wouldn’t want to live anywhere else….yet.  However, stand up allows us to look at difficult situations through the lens of comedy. It allows us to look at difficult topics with laughter which makes everyone more comfortable and also makes them think about it,” Felicia explains. She’s very transparent about her own battle with depression. “I cope with meditation, medication, and lots of alcohol. No seriously, depression is actually quite common in the comedy community. I often hear comedians telling jokes about depression and they start with ‘This is a unique premise…it is not. Comedy is definitely a huge part of my coping mechanism, which is good and bad. Comedy is probably the best drug you could take for depression because an audience filled with laughter is the biggest dopamine rush. The downside is if you’re having a bad week of comedy or not on stage, you delve into a deep depression. Once when I was away from stand-up for a few weeks, I became very depressed and couldn’t figure out why. When I went on stage the depression was immediately lifted, tada! I am very open with it because first of all, I want to help others and it helps me explain that just because it seems like I have it all does not mean I cannot be depressed. It is maddening and makes me feel even worse because now not only am I depressed but also feel crazy.  I think perhaps airing my frustrations and explaining myself helps me deal more with the depression and the highs and lows. But with that said, it is an ongoing battle.”

Felicia founded Laughing Affairs as a means to bring joy to a different clientele. “I started Laughing Affairs early on in my comedy career. I was performing downtown at clubs and my audience, mainly stay-at-home moms, were freer during the day when their kids were at school than in the evenings when they were dealing with bedtimes and homework. So I decided to bring comedy to their neighborhoods during a time when they were free, thus the start of Laughercise, lunchtime comedy shows. From that, I launched into producing more comedy shows for corporate, private, and charitable events. When I started hiring male comedians, I  noticed a huge disparity in how they dealt with me versus the female comedians, which led me to start Funny Business, a series of lectures for female comedians to help them with the business side of comedy.  All of these fall under Laughing Affairs including the events I am producing at Little Island, Pier 17, and West Side JCC.” Comedy can be a vital means to inspire thought and conversation. “Laughter allows you to cover complicated difficult material that people may not want to talk about and present it in a non-confrontational, funny way that allows people to digest and ponder the topic. If you were to open a conversation about Roe v Wade with a pro-life supporter, they would argue and immediately shut you out, but if you made a joke they may listen, laugh, and perhaps even think about it. If you cannot laugh at the situation, others, or yourself, well then life would be even more depressing than it already is. People say we need laughter now more than ever and I say we always needed laughter!  What makes you feel better than one of those deep guttural laughs that literally make you cry? You stop laughing, take a deep breath and say ‘Wow, that felt great!’  And on you go.” The Marvelous Mrs. Madison makes some good points. Make sure to follow Felicia on Instagram, Twitter, and Facebook.

Lindsey Blackwell Makes Her Mark in “13: The Musical”