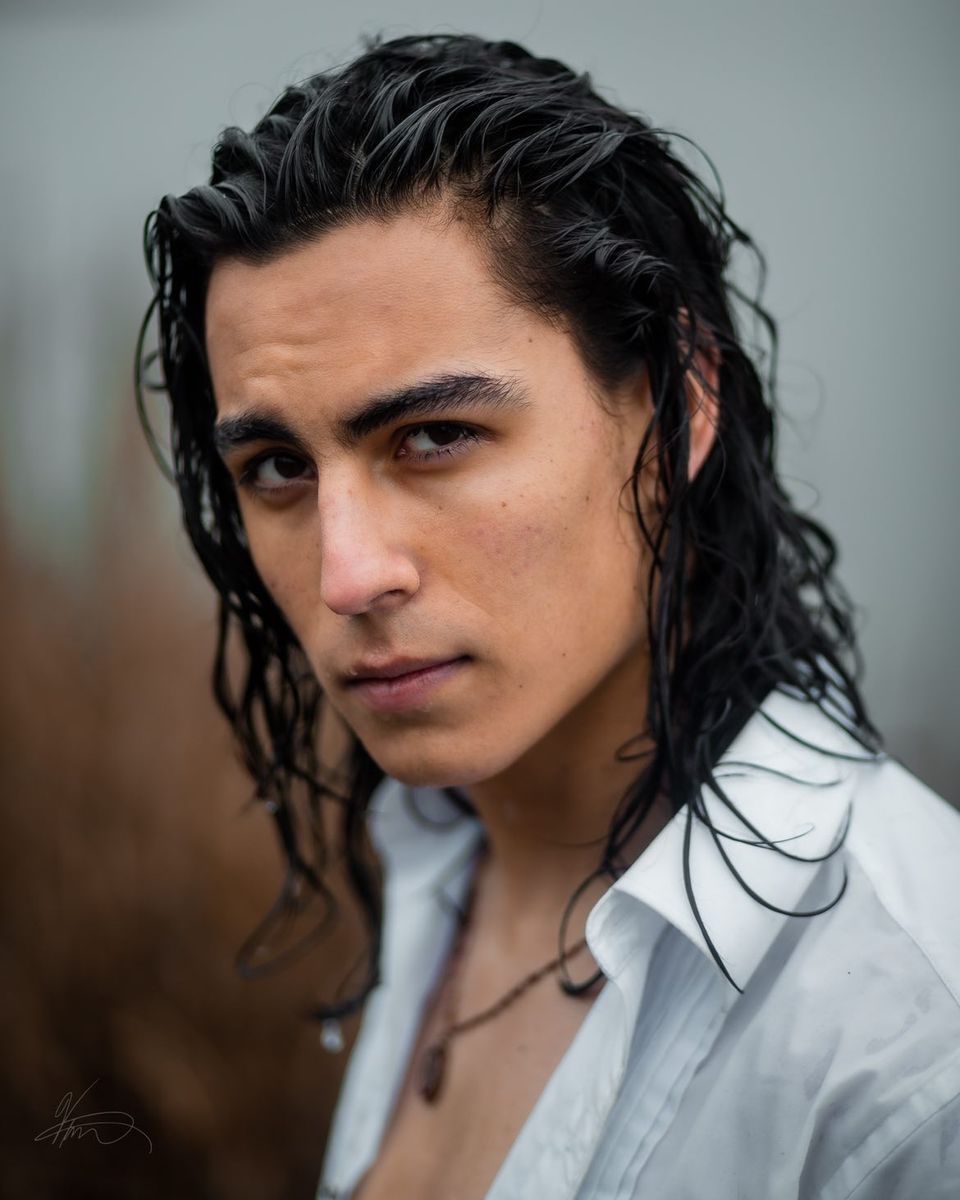 Rigo Cardenas, who went viral as TikTok’s most dashing knight, originally had more seaworthy aspirations. “I had applied to a business right next door called Pirates, which is also a performance place. I went in and applied in person and tried my best and they didn’t even call me. And then I was just on my way to college and I got an email from a job recruiting site. The first thing they suggested was Medieval Times. It took 30 seconds to apply. Within 24 hours, my boss called, so it seems like it was just meant to be.” He thrives on the excitement of the crowd, especially its smallest members. “One of my favorite parts though is sadly missing right now due to COVID regulations that are still in place. We used to go up and meet the audience after the final show of the night and talk to everyone. The best part was talking to the little children. A lot of little girls come and they’re full princesses with dresses and fairy wings and stuff. Little kids are just screaming and they’ve never been more excited in their life. I love getting down on a knee to talk to them personally.”

Rigo endeavors to be the inspiration for them that he needed as a child. “I like trying to light a little flame in there. I remember coming when I was nine and I thought it was the coolest thing in the world. Especially considering back then, I was this little kid at school, bullied incessantly and just an absolute nerd. Something like that would’ve been unbelievably important to me. It would’ve definitely inspired me a lot to have a knight just get on his knee, talk to me like personally and tell me to follow your dreams or something like that. I don’t know. I try to always say something important to the kids and they ask them what they want to do and tell ’em they can do it no matter what.” He even enjoys the challenge of learning to speak the language of his most wily co stars – his horses. “I’ve had two horses now that I really cared for and you know, they come and go and I’m not super distraught about them going, cuz that’s just the cycle of performance horses. The one I had previously was really old. He was really funny. He was very passive and I loved him for being an absolute sweetie. He was a very basic horse who just sat there and accepted some hugs here and there. Very nice, but not too much personality. This next guy was a little bit more of a challenge and it’s great. I started falling in love with him before he was even assigned for me to ride him. He’s relatively new. He’s only eight years old. He’s a little baby. I was constantly asking to ride him. He’s something. I fell in love quickly. A lot of my posts have stuff about him and if you check those out, you can see a little bit of the moments we have. He’s a feisty boy. I don’t know if I could ever get away with just hugging him and showing him full affection. He’s never mean, he’s just antsy. He never lets me show affection like my previous horse, which is all part of the fun and the challenge in trying to love him, because he’s just such a little dork.” 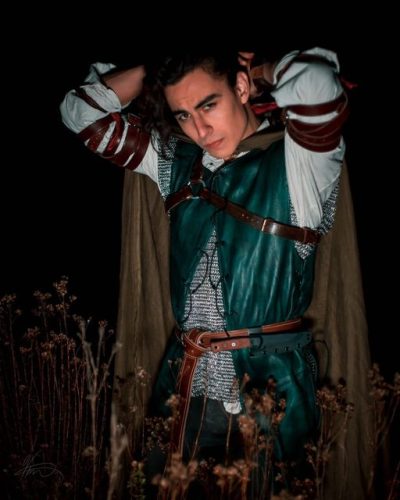 His main passion is appropriately aligned with the medieval spirit. “During my senior year of high school, my friend and I had a literature teacher who was a sword fighter as well. He gave us extra credit to go watch him perform at the Ren fair. It was my first time ever going and we were going to wander the Ren fair before the performance began. We checked a lot of the crafting. We both fell in love with the stuff. I fell in love with a lot of the crafts, especially metal work at the beginning. After we graduated, we spent that summer blacksmithing and such and trying our hand at all these crafts and working our way up. I transitioned quickly to leather work and started making my own suit of armor.” By chance, he discovered a local leather shop and joined the team. The shop has become a space for camaraderie and creativity. “I love the shop dynamic. Obviously so much more calm than the castle and performing every night. I think it’s what I need a bit of in my life right now. It also gives me the chance to make our own schedule. We can work anytime we want. My buddy and I are usually there till like late in the am, three or four in the morning. We’re definitely night owls and it also just gives us more time to work on our projects. We both love it and we love doing as much as we can. There’s always something to do. We’ve never had a moment where we’re like, ‘Oh, we don’t really have anything to work on right now. No projects in mind.’ The shop dynamic is definitely going to be better for me working on other stuff, like going to the gym a lot more and being able to work on the house that we’re getting very soon. I haven’t been able to just go out and I haven’t had a day off consistently in like a year or so. Being able to go out and hike and do literally anything will be nice.” He hasn’t ruled out a career in leather crafting. “I see myself doing it for quite a while. I don’t know about the rest of my life. I’m only 22. We’ll see how things pan out, but it’s definitely something I want to do for a while. I take to it really well and I absolutely adore it. I’m nowhere near making the amount of things I want to make. Hopefully it’s something I could turn to a full blown career and maybe, you know, improve our business a ton and gain more notoriety. It’s been nice with all this TikTok stuff, because it definitely brings a little bit more business and a little bit more fandom to the shop of people who are invested in all our crafts and creations. It’s really fun to see people interested in what you make as a creator.”

With a strong gymnastics background, Rigo also feels pulled towards stunt work. Acting is another great love of his. “I absolutely adore it. I I’m definitely a straight play actor. I adore getting into a character. I started doing method acting in early high school. It was always something I had to do for straight play acting. I maintained my character before and after. It’s just something about dramatic pieces. It blows off steam for me being able to let loose like that and like just not be myself for a bit. It’s amazing.” For now, he’s waiting to see where the road takes him. “Until I make the right connections or get my name in someone’s books, I guess the goal is just growing any social media following until that happens because the bigger your name is the more inclined people are to call you and sadly that’s the way things are. I’m obviously just the same person I was before any of this TikTok fame. So it’s not exactly a difference for me, but I guess being given a chance depends on how big that follower count is. Even if that doesn’t happen, I’d be totally fine just working at the leather shop and living a simple life. Before any of this happened, I had actually accepted that I was going to live a very simple life and transition to the leather shop full time and move away from LA. That’s what I had just come to terms with. And then of course like a month later everything happens and it kind of throws things off track, but in a good way. So my long term goals are just to roll with the punches basically. Because if I had my way, I’d just be sitting at the leather shop. But if a chance falls in my lap, I’m definitely going to take any opportunities.” As a self-described “22 year old goober trying to make his way in the world,” his humility and down-to-earth charm will surely make every twist that life has in store for him a fresh and exciting discovery.