Statistically, more than one million people in the United States alone are inflicted year after year from cancer. This disease had rapidly spread throughout the years, and has affected many lives of both victims and family. After their mother, Jojo Ensanian, succumbed to Metastatic Pancreatic Cancer, her son and daughter, Danny and Lisa Ensanian, took their grief and built Jojo’s Chocolate Hope. Jojo’s is a company that started out as a friends and family consumer operative, but grew as their message reached out to others whose loved one’s were or had suffered from cancer. From there, Danny and Lisa reached out to Tayler Kaiserman whose mother, Nancy Kaiserman, had lost her nine-year battle against Metastatic Breast Cancer. Tayler had felt a strong connection with the Ensanian’s and their work, thus invested with the company to help it flourish to where it is now. Starting off as a basic sugarcoated foundation, Jojo’s has grown into maturity with selling its chocolate products with healthy ingredients that not only taste amazing, but also support a healthy diet and lifestyle. Cliché’s Heather Glock was able to talk with the three young entrepreneurs about the birth of this thriving company, its delicious chocolate, as well as their slogan, ‘Chocolate Hope.’

Cliché: Most families, after losing loved ones to cancer, respectfully join some of the walks and donate yearly. You both decided to set up this business after the passing of your mothers. What sparked the idea of wanting to contribute every day to cancer research?
Tayler: Everyone involved in Jojo’s has lost a loved one, more specifically a mother, to this disease. The suffering and anguish is present in not only the affected, but everyone who cares for the person. Having to sit by helplessly is a terrible feeling, and words of encouragement or condolence just never seem to be enough. We want to see major steps taken in the treatment of cancer in our lifetime. Without being a scientist, this is our way of contributing to the community that is able to make those steps.
Lisa: I respect everyone who walks for cancer and donates whenever they can, but for me, that money wasn’t in my control and I didn’t know where it was going. A week after my mother passed, I thought of an idea to make a brand that I could be in control of to donate and also make something delicious that has not been on the market yet. This brand will always keep my mother alive; it’s the best way we can honor her life and how much she means to us. Jojo’s Chocolate Hope really brought me and my brother together as well, and that was my mom’s greatest wish.

Why did you decide to sell chocolate products? Was JoJo a chocolatier, or a baker?
Danny: Jojo was not a chocolatier or baker by any means, but simply a beautiful individual who strived to put a smile on her friends’ and families’ faces with a homemade gift. She would simply melt down different chocolates, mix in a variety of toppings, and break them into pieces of chocolate bark. In our attempt to come up with a product that we could use to support the cancer-fighting community, chocolate seemed to be a no-brainer. We want to send hope and happiness through chocolate the same way she did. Who isn’t happy when they get chocolate?!
Lisa: My mom passed away a week before I entered my Bachelor’s Degree program. My first project was to make a brand after someone who passed away. What a coincidence, right? So the first thing that came to mind was her chocolate that she made every Christmas. It was one of those things that we would do together that turned into a tradition every year, something I wanted to continue and pass down to my children one day. After telling my brother about the project, his first reaction was, “Why don’t we make this real?” Never did I think this would happen. Now here we are, two years later, still striving to be a huge success.

Danny and Lisa with Jojo Ensanian

When you first started, your line was completely different than what it is now. Your products are healthier and natural. What made you want to change your ingredients?
Tayler: The product took a turn when we began to realize that people other than friends and family believed in what we stood for, and they wanted to be a part of something more. That’s what made us decide that we could take this product to a whole new level. Functional foods is a concept we were taught by a very successful chef who aided in our formulating process. We wanted our product to represent our cause. With increased focus on beneficial attributes you take from your foods and the ingredients within, this is something that you can eat without worrying about the sugars, dairy, and additives that could upset their diets and still nutritionally impact your diet. Holistic treatments and special diets are very much a chosen direction for many people fighting invasive diseases. Our product will hopefully be a part of those diets, allowing chocolate lovers to still enjoy a delicious chocolate bar, but without the guilt or worry.

The slogan of Jojo’s Chocolate Hope is, “Chocolate For A Cure.” What can you tell me about that?
Tayler: Well, it says it all, really. We sell chocolate and 15% of all profits go toward finding a cure. Not to mention, Jojo’s takes part in charitable events and with organizations every chance we get. Whether we are are giving away gift bags or setting up booths to raise funding for that particular cause, we are always trying to show that all it takes is the willingness to get involved. Jojo’s, as much as it is a chocolate company, has plans to make it much more. We want to educate and inform people regarding functional foods and minor changes to daily eating habits. We will be involved with benefits, outlets, and support for those who we can touch with our cause, and hopefully, even work-space and other events we will host to help take your mind off the disease and provide a fun and tasty way to focus on the now. Of course, as a small start-up, all of these things will take time to achieve, but there is a much bigger picture here.

Your flavors are beautifully unique! Are there any new flavors we can look forward to this fall?
Danny: The process of formulating new flavors, conducting the nutritional analysis, and then packaging them is quite a process! But we certainly have a laundry list of new flavors we’ve experimented with. Some include goji berries, cinnamon and nutmeg, and even lemon.
Tayler: Can I just say: “Pumpkins, spice, and all things nice.”

Considering there are countless facilities and charities to donate to, how do you pick where to donate? Is there a foundation that speaks personally to you?
Tayler: In a perfect world, this wouldn’t be such a hard decision, and all foundations would be appropriating funds where they could be utilized to their fullest. This is not always the case. Currently, Jojo’s is making donations to two organizations in particular: Monter Cancer Center in Long Island and Memorial Sloan Kettering. Be it that we have all experienced loss in our immediate families, we chose the facilities that we have had great experiences with regarding how they handle this subject. Ultimately we would like to make it a very personal experience and allow our patrons to choose from select foundations as well as which areas of research the funds go to. However, that is still a ways off for us.

Can we expect to see Jojo’s Chocolate Hope in stores soon?
Danny: Absolutely! It’s a matter of perfecting our flavors, production process, and marketing strategies before we perform an all-out blitz. At this time anyone can feel free to try our bars through our online store. But you can expect huge things from Jojo’s in time.
Tayler: It is just a matter of time at this point. We plan to be around for as long as people still eat chocolate (that won’t stop… I can’t stop). We are close. I’d say mid- to late-2015 will be our year.

Visit www.jojoschocolatehope.com to show your support!

Back to School: Day Designer Planners from Blue Sky 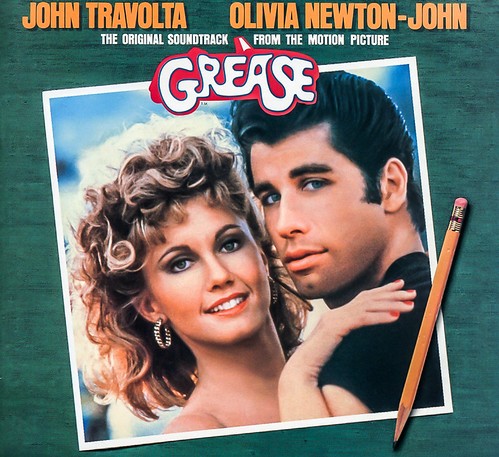