A burgeoning force in the worlds of both fashion and music is a rare sight to see. However, Radmila Lolly is establishing herself as one of the biggest creative powerhouses today. Radmila Lolly is an acclaimed classical singer and the talented designer of the fashion house Eltara Casata. Her upcoming venture of a novel, which will correspond to her next self-composed album and high couture collection, only solidifies her position as an innovative force in the creative world.

Over the last few months, Radmila’s music career has skyrocketed! Her single “U R Moving Me” featuring Dani Hagan, reached the top 25 of the Billboard Dance Charts. She released her last album “Wonderland” with a night of opera and couture at the world famous Carnegie Hall. On this special night, she uniquely combined her talents as a singer and a designer by performing the entire album with a live string orchestra while models displayed her corresponding couture collection. You may have heard her music as the soundtrack for the movie “Honor Up” directed by Damon Dash along with executive producer Kanye West. Radmila is focusing on expanding her musical abilities by taking weekly lessons on the piano, violin, saxophone, and guitar.

In the fashion industry, Radmila’s collections with Eltara Casata are known worldwide! Her collection has been featured at the Barneys Madison Avenue Trunk Show, alongside designers such as Zac Posen, Naeem Khan, and J. Mendel. Her pieces have also been seen on many red carpets including the Daytime Emmy’s Ceremony. Her designs gained recognition from publications such as Vogue Italia and Harper’s Baazar as well. You probably have seen her gowns on celebrities such as Gayle King, Bebe Rexha, Mya, Miss Universe 2018, Miss USA 2018, and Miss USA 2017, to name a few. Her beautiful designs are a small example of the talent she beholds.

Radmila Lolly’s  creative mind never stops. She will soon be able to add a new title to her already impressive resumé. Her upcoming venture includes a novel which will correspond with her next self-composed album and high couture collection. A true triple threat, Radmila Lolly is a trailblazing force and we are so excited to see what comes next!

Introducing MABES and her new EP Keeping The Noise Down 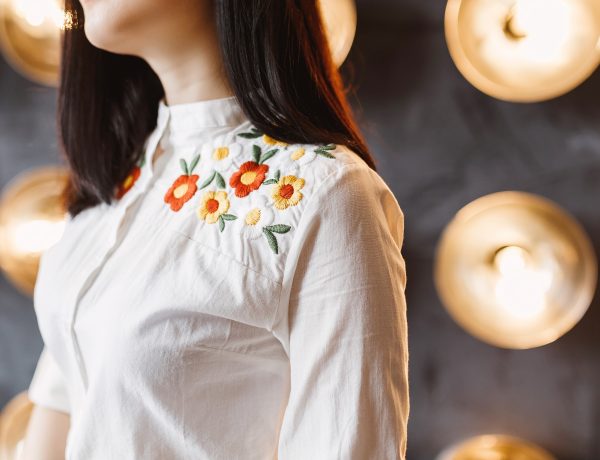 Tempers, Fires and Fights Rage on Tyler Perry's The Oval