There are a couple reasons one would sneak out of a party and make a swift getaway, and Ashley Williams created the perfect collection to do so boldly. The question that surrounds the London-based designer’s show asks if you are “in paradise or gripped by paranoia?” by the time the party ends, and the collection carries equal tones of both scenarios.

Creating a modern twist on old classics, Williams paired floral pieces and mini dresses with tracksuits and puffa jackets. Catering to the clever party girl who either leaves early to be seen at a livelier party or just tries to escape bland small talk, Ashley Williams’ Autumn/Winter 2017 collection ponders that 5 a.m. feeling, or lack thereof, after a long night out of partying.

While the summer party season has just begun, we can’t help but look forward to what awaits us next season. With inspiration drawn from the Wild West including cowboy hats and fringe, to Scotland’s plaid and even Milan’s youth scene from the 1980s, our wardrobes will definitely need some intense revamping.

Consistent looks throughout Williams’ collection include many statement pieces. We’re not talking flashy jewelry or eye-catching shoes; we mean pieces with catchy, sometimes political, phrases on it. From “Save the Planet” to “Misery” and “Gimme Five,” why shouldn’t we be cheekily stating our feelings and the core of our beliefs across our chests?

Heavy knits and bomber jackets, recurring staples in Williams’ collections, provide a subtle edginess and laid-back feel to the line. When paired with tracksuits that look like we could spend all week in, we definitely are following Williams’ “I can’t wait to get out of here” muse.

While the overall aesthetic of Ashley Williams is more grunge than girly, femininity peeked its way through a few looks. Voluminous sleeves, floral co-ord sets, and dresses all flourished on the runway, inspiring us to dress romantically next season. Tailored trousers, kitten heels, and textured blouses also prove to be trends advancing into the latter half of the year.

Fashion, much like the 5 a.m. feeling of either misery or excitement, is clear as day. Whether it be contradicting emotions, stereotypes, or attire, we are counting down the days until we can fully embrace next season’s trends that Ashley Williams has playfully laid out for us. 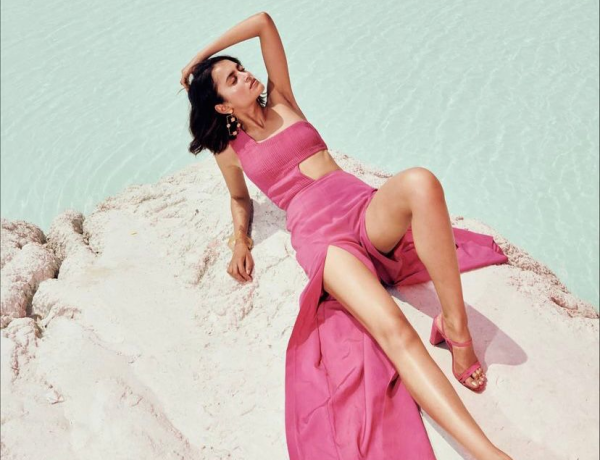 How Karamo Brown is Making History