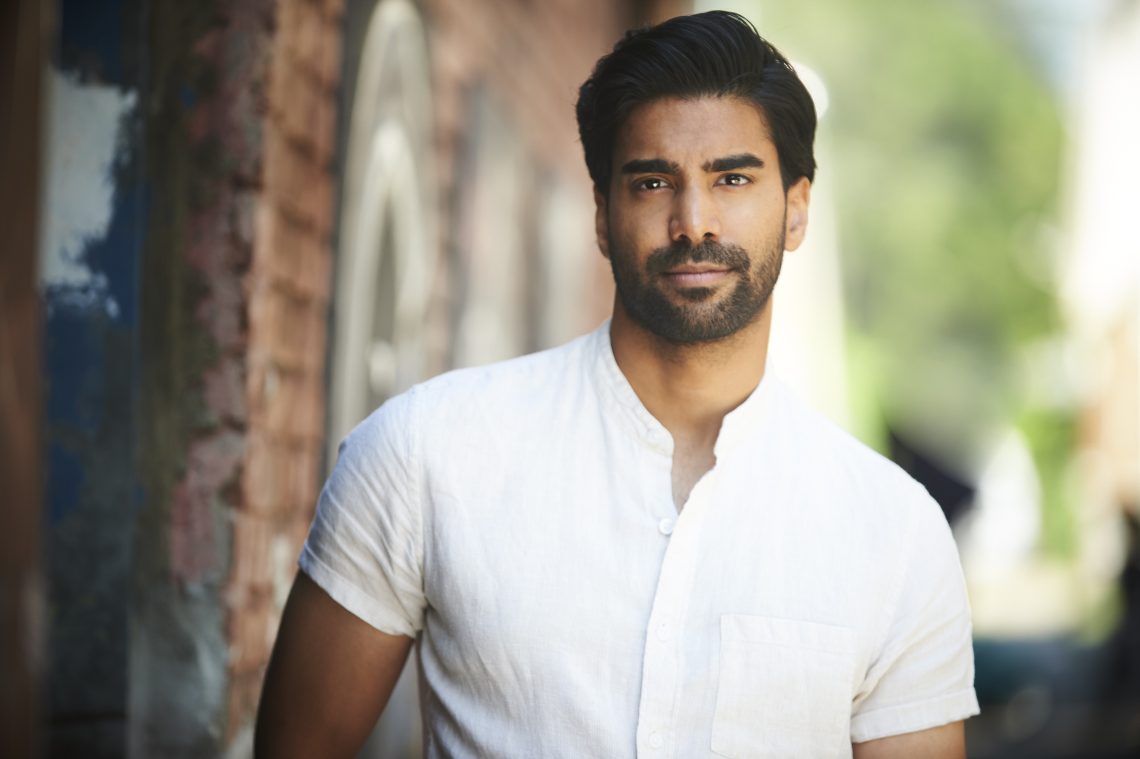 Raymond Ablack feels an incredible sense of honor to be able to have a hand in diversifying the industry. “Because of how important representation is, honestly, I really feel like every role is important to play,” he says. “I’m very fortunate and very grateful to play anything because just being a part of the production and being a part of the story is meaningful. It means that minorities are breaking through and really contributing to moving the dial on story and on plot.” Each character provides him an opportunity to learn about himself, especially his breakout role as Sav Bhandari on Degrassi. “I got the part of Sav when I was 17 years old and I played that character until I was 21 or 22. Those are really important years in your real life and getting to do it with people in the arts and make all my lifelong friends there, you learn a lot about yourself. You learn a lot about the industry that you’d like to participate in for the rest of your life.” His fictional counterparts offer him gems of perspective, but that hasn’t stopped him from craving adding a bit of the dark side to his résumé. “I’d love to play something more villainous and then I would hope that I wouldn’t carry those traits into my real life! But so far, I think I can safely and comfortably say that there are things that I’ve learned from trying to inhabit someone else’s shoes that add value or add wisdom to your real life, or at least I hope they do.”

Playing Brandon in Love in the Villa brought both great travel perks and an unforgettable found family. “That movie was a lot of fun to do. I got to go to Italy. You could buy a slice of pizza just around the corner for two bucks and it would be better than the most expensive slice you could buy in Toronto or North America. It was really cool to live in the place where you’re shooting. In terms of the movie, Mark Steven Johnson, Kat Graham, Tom Hopper…Laura Hopper easily steals the entire movie. She’s effervescent, bubbly, energetic…the screen is buzzing when she’s on. Really wonderful people. Mark Steven Johnson, who wrote and directed, is a comedy genius. Sometimes you can feel you’re in good hands and that the overall picture is going to look great and it’s sort of an ineffable thing. It’s hard to describe that, but that’s what was happening. Mark Steven Johnson really took care of us, as well as Stephanie Slack and Margaret Huddleston. The whole team behind that picture was really strong, so it felt like we were taken care of very well. We could just take our mind off of everything and do the work, which is nice. They made it such that we had nothing to worry about and could just be playful and laugh our heads off and they could deal with all the problems and we could just have fun and I think it shows. I think it’s very comfortable and funny throughout.”

Raymond finds the genre warm and soothing, like a familiar blanket. “I love romcoms. I didn’t know that about myself until recently, but I really enjoy a great love story. I love knowing the ending. You know they’re going to get together at the end. There’s something comfortable. I’ve seen The Office maybe 400 times through all nine seasons, and there’s just something comforting in comedy and knowing the formula that exists in romcoms. It’s just a really lovely space to inhabit.” He is compassionate towards Brandon’s sudden cold feet towards his long-term girlfriend, Julie (Kat Graham). “Even when you are part of something really good, you get scared of that commitment. It’s sort of the same effect of acting. In rehearsal or in blocking, you’re nailing it, or at least you think you’re nailing it, and they hit start and the red light comes on and then all of a sudden you tense up and you can’t do what you just moments ago were able to do so freely. Similarly in relationships, once things become real, you choke up a little bit and don’t represent yourself as truly as you mean to or as you think you are. I really understand that place where he’s coming from being worried that he’s not enough or not going to be a good partner. I get all those worries. So he didn’t seem like a villain to me. He seemed like a guy who just wasn’t at the same place as Julie was at the same time. And he figures it out a little too late.” Some of Brandon‘s choices still make him scratch his head, though. “I don’t think I would’ve broken up with her before going on the Italy trip. You just grit your teeth and bear it, as much as you have to do that on a trip to Italy,” he laughs. “He should’ve tried to communicate a bit more about his panic, even if it was through a fight. Fighting is communicating too. I think that would’ve been more productive than to just bail and run away.”

You can also see Raymond on the upcoming second season of Ginny & Georgia. “Season two is tre-MENDOUS. I had such a great time, even though we shot during the second or third wave of Covid in Toronto. It’s great.” Who doesn’t love a bit of Freudian family friction? Love in the Villa is streaming on Netflix.

Kickstart Your Life Again With These Tips