Artists come in many different forms: singers, dancers, painters, writers, etc., but as wide as this category expands, everyone gets caught up with the Beyoncés, Drakes, Rihannas, and Justin Biebers of the world. It’s time to listen up and shed some light on the creative and talented minds who are cast in the shadows of mainstream artists.

Lil Dicky
If you don’t know him now, I bet you’ll never forget his name. Rapper and comedian David Burb, better known by his stage name Lil Dicky, got into rapping in hopes to boost his comedic career, but inadvertently fell in love with the art. With one mixtape under his belt,So Hard, and the debut of his first album released in 2015, Professional Rapper, Lil Dicky came to fame in 2013 when his music video “Ex-Boyfriend” went viral on social media. Growing up in the middle class of the suburbs, Lil Dicky is not your typical rapper as he explains in his song “Professional Rapper” ft. Snoop Dogg, “I wanna do this whole thing different…Traditionally people have been doing the job the same kind of way for a long time…You don’t know if it could be working even better and I think you should look at me as an opportunity to find that out.” From his unpredictable rhythmic flow, storytelling/freestyle skills, and witty punchlines, “…ain’t nobody fucking with Lil Dicky.”

Sonna Rele
Discovered and signed to Motown Records by Ne-Yo, Sonna Rele is a London-based singer/songwriter and multi-instrumentalist creating a name for herself in the U.S. market. Taking social media by storm with her “Music Mondays” on YouTube and sharing them to Facebook and Instagram, the bombshell does her own rendition of songs that her fans request, and viewers are blown away every single time. Whether a capella, with background music, or playing the song on piano or guitar herself, her soulful voice exudes power and undeniable range. She is truly a musical artist.

Magali Beauvue (MakeupMag)
Magali Beauvue may not be a singer or a rapper, but she’s definitely an artist—a makeup artist, that is. Under the name MakeupMag, she takes contouring and highlighting to a whole new level as she transforms herself (and sometimes her daughters) into various singers, rappers, actors, and familiar notables—like President Obama. Sharing the full step-by-step transformations on YouTube, MakeupMag also shares her final product on social media for her fans to guess who she transformed herself into that day, and 9 times out of 10, it’s pretty easy to figure out. She’s giving a whole new meaning to dopplegänger.

Devvon Terrell: The Living Weirdo
Have you ever listened to a song and thought you can make your own version of it? Well, that’s exactly what Devvon Terrell does. The singer and social media sensation, who also goes by The Living Weirdo, will take your favorite song (no matter the genre), switch up the lyrics, change up the beat, and createsomething out of this world with his R&B vocals. I bet you’ll love his song more than the original.

r.h.Sin
They say actions speak louder than words, but that just means you haven’t read the words of r.h. Sin (Reuben Holmes). The NYC author is producing content that relates to any life situation you could be going through. Need to read something uplifting? Need motivation? Need to get over a breakup? r.h. Sin has you covered. Tapping into emotions you didn’t know you had and making you feel things you didn’t want, but need, to feel, r.h. Sin has this way of bringing out the vulnerable side in his readers that keep them coming back for more. As a writer myself, having someone feel touched by your words is the biggest compliment and an accomplishment in itself. I guess that’s why he has two best sellers: Whiskey Words & A Shovel – Volumes I & II.
Read more Entertainment posts on ClicheMag.com

Entertainment Director for Cliché Magazine. Lover of music, movies and all things food related. Biggest aspiration in life? To be happy.

3 Video Games That Should Be Turned Into Movies 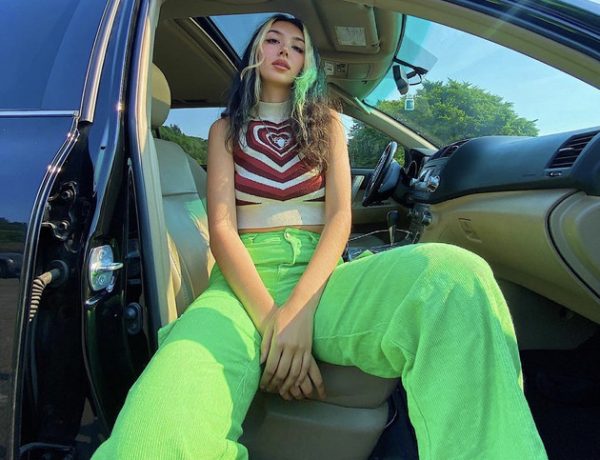 Behind the Mic with Akbar Gbajabiamila